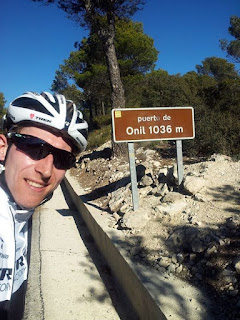 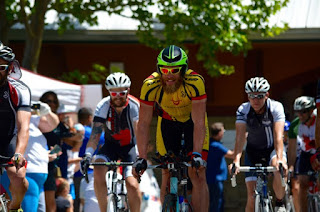 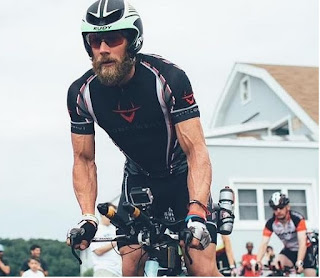 
Lawrence concluded his 50-day journey in his home state of Utah. Photo: Susan Lacke
James Lawrence has crossed his final finish line.James Lawrence emerged from the waters of Wallsburg Bay, shivering and disoriented.

“You don’t have to,” responded one of his friends as he engulfed Lawrence in a blanket and a bear hug. “This is your last swim.”Lawrence mustered a weak smile and slowly walked to his trailer to prepare to ride 112 miles and run 26.2 for the 50th—and final—time.

On June 6, Lawrence began a quest to complete 50 iron-distance triathlons in all 50 states over 50 consecutive days. The stunt, which began in Hawaii, had many skeptical at first. Ultra-distance expert Rich Roll called the endeavor “as close to impossible as I can imagine,” and many pointed out the logistical impracticalities of making it from one state to the next while still tending to the recovery needs of a daily 2.4-mile swim, 112-mile bike, and 26.2-mile run.

On July 25, against all odds, an exhausted Lawrence achieved his goal.Over 50 days, the triathlete averaged 15 hours of movement per day as he swam a total of 120 miles, biked 5,600, and ran almost 1,300 miles, all on an average of four hours sleep per night. A support crew, which included Lawrence’s friends, sponsors, wife and five children, made up the caravan that tended to his physical, emotional and transport needs throughout the 50 days. The team helped Lawrence navigate a variety of obstacles, including a case of thrush, bike crashes, overuse injuries and emotional meltdowns.

“Mississippi [Day 19] was the toughest day for us,” said wife Sunny Lawrence. “He had crashed on the bike the day before, and his hip was really swollen. James started cramping badly on the swim—it took him two and a half hours. When he got out of the water, he asked for an IV and fell asleep while they were administering it. It took us 20 minutes just to wake him up, and then he got on the bike, where his hip became even more swollen. There was a big storm coming in, he was dehydrated, and he was hurting so badly. His coach told him to protect the injury by running on the elliptical. We didn’t know until after he finished, but some people were outraged he did that. The emotional stress of what those people were saying about him, on top of the physical, made that day so hard.”

Lawrence currently holds the Guinness World Record for most Ironman races completed in one year (30 in 2012). Though some predicted this new effort would set a Guinness World Record for most consecutive iron-distance triathlons, any official attempt was nullified in Mississippi with what Lawrence’s crew now jokingly calls “Ellipticalgate.” Inclement weather also forced Lawrence indoors for several days, where the bike distance was recorded on a bike trainer instead of on the road, and the run completed on treadmills.

Still, the physicality of the accomplishment—50 days of 12-plus hours of movement, followed by a mad scramble to the next state—has earned Lawrence a legion of fans.

“I called B.S. when I first heard about it,” said Todd Henson, a Utah triathlete who rode with the peloton of 60 supporters on Lawrence’s final day. “I didn’t think he could do it, but he actually pulled it off. I’m impressed. I had to come out for his last day and see it for myself.”

In addition to the personal satisfaction of having completed his goal, Lawrence is delighted to use his efforts as a platform to raise awareness of the child obesity epidemic. At each stop of the tour, Lawrence encouraged families of all fitness levels to join in for a 5K alongside his marathon run. Participation rates were almost nonexistent at first, but grew steadily with each passing day. At the final event in Utah, hundreds turned out to run with Lawrence, including Roll.

“I just wanted to inspire others to be more active,” said Lawrence, who also encouraged supporters to donate to the Jamie Oliver Food Foundation, a non-profit organization encouraging healthy eating habits for children and families as a way to fight obesity.

With this bucket-list item checked off, what’s next? Lawrence would like to repeat his 50-state adventures, this time as a motivational speaker in schools. A documentary on the 50-50-50 journey is also in the works. He hinted at retirement from endurance sports, but will not make any decisions just yet.

“For now, I just want to sleep,” he remarked at his 50th finish line.“I expect him to be out cold for at least 14 hours tomorrow,” added Sunny.