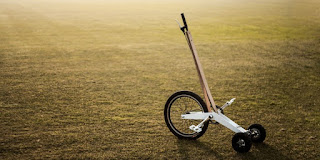 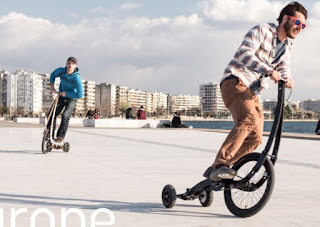 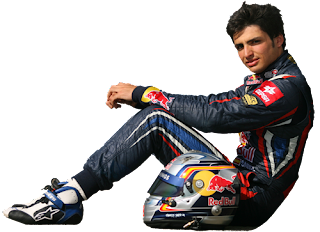 "Excellent job, Nico. Excellent job," says the Mercedes team as he drives around the track waving at people like he's the Queen. And in a way, today he is the Queen. The Queen of Mexico.
20:45
FINAL LAP
Rosberg on his final lap and Hamilton won't catch him. Well over 100,000 people get to their feet in the grandstand as Rosberg comes in to win the Mexican Grand Prix.
20:43
Lap 70
Hamilton is trying to get himself under a second behind Rosberg to get DRS advantage but he just can't do it. In his efforts he finishes the last lap scruffily and may have lost his chance for first.
20:41
Lap 69
And then Nico Rosberg sets the fastest lap of the race. Every single time Hamilton beats him, Rosberg returns the favour. Will Mercedes tell them to chill out and leave the race positions as they are? I can't imagine Hamilton would take well to that especially after that tyre fiasco he enjoyed so much earlier.
20:38
Lap 67
Five laps left and Hamilton has set the fastest lap of the race. This might be him waiting to pounce.
20:34
Lap 64
Maldonado comes inches from crashing into the wall at turn 12 but recovers.
20:32
Lap 62
Hamilton is closing the gap on Rosberg. Bottas is third and in a battle for that place with Bottas and Ricciardo. Sergio Perez is holding everyone up behind him in eighth place.
20:30
Lap 59
Felipe Nasr has gone off on turn 13. His brakes were already goosed and he moves off the track. Lewis Hamilton and Nico Rosberg both have nervy turns one after the other. The gap is 1.5seconds between them.
20:25
Lap 58

Felipe Nasr has a brake fire, says Jenson Button who's stuck behind him. The car is gone and the cars launch into action. Bottas pulls out to challenge Hamilton but isn't close enough to do it. Rosberg starting to pull away from his teammate.
20:23
Lap 56
The car is still out.
20:18
Lap 53 - safety car

Vettel's car is lifted out of the track and put in the bin. The first time since Australia 2006 that a Ferrari car hasn't finished a Grand Prix.
20:16
Lap 53
Sergio Perez went past Verstappen at the grandstand - a mistake by Verstappen allows the Mexican to pass him easily and give the crowd more to cheer about.

And Vettel is off! Sebastian Vettel ends an absolutely dreadful race at turn seven - he's OK, and says he's sorry to the team - but that means both Ferraris are out of the Mexican Grand Prix.
20:14
Lap 52
Rosberg sets another fastest lap. Hamilton is still raging and making sure everyone knows it. "I think that was the wrong decision" he says on the radio broadcast which everyone in the world can hear.
Massa and Ricciardo are battling it out for fifth at the moment.
20:12
Lap 50
Rosberg takes pole position again having set a 1:21:6 fastest lap in Hamilton's absence. Hamilton can go absolutely nuts now though on his fresh tyres and try and force his way to first. He asks the team to check the tyres they made him take off... he's not happy about it.
20:10
Lap 49
Hamilton has gone rogue! He's ignored the orders and skipped the pit. He asks why and the team confirms it's for safety reasons but he won't want to come in yet on faster tyres and now in the lead. He's built up an 18.3second lead on Rosberg. He is being told under no uncertain terms to come in after hitting the limit on his tyres.
20:07
Lap 48
Rosberg looks to have this one nailed down. Whenever Hamilton pushes, he steps it up to match. Hamilton sets the fastest lap on 44, Rosberg does the exact same on 45. Best friends forever.

Perez is nearly a minute off 1st place... there will be no victory parties for him. Rosberg comes into the pit again - he was told he was going to the end - but we don't know why. Mercedes are changing to Plan B. There's no way anyone's going to catch them so it looks like the team are looking after the tyres to prevent them falling apart. Hamilton hasn't pitted on this lap... he's at it!
20:02
Lap 43
Ferrari aren't having fun. Vettel is just being lapped by everyone because he's being told to so. Look how happy the team is!

Raikkonen is throwing darts at a Valtteri Bottas face on a door in the background.
20:00
Lap 42
There's some debris on turn 10. We might see the safety car! That would change everything. Sergio Perez is still way back in 9th and doesn't look likely to make that podium he seemed so sure he'd be on earlier.
19:59
Lap 40
Rosberg has a 3 second lead on Hamilton at the moment. Kyvat in third, Bottas fourth, Massa fifth. Button is last. He might as well just go home. The car he's in would probably get him there quite quickly.
19:56
Lap 37
Mercedes, Ferrari, Mercedes is the race order, except the Ferrari is a lap behind. Rosberg has overtaken Vettel, who has just pitted again, and Hamilton is stuck behind him. Bad day for Vettel.
19:51
Lap 34
Sainz locks up and goes straight over the grass as Perez looks to go round him on the turn. Sainz comes out back in front but lets Perez past him in front of the grandstand. Classy move. The home fans roar as Perez takes position and keeps his lead out of turn 6.

19:48
Lap 32
The chat in the Sky F1 commentary room is whether Nico Rosberg has royally stitched up Hamilton with his strategy. The two are best friends, as we all know, so this seems very unlikely.
19:45
Lap 30
Hamilton comes out on Lap 29 behind his teammate. A really quick 2.4 second stop and there is an enormous gap between the two race leaders and third. Clear track. The only driver who hasn't pitted yet is Jenson Button. Sebastian Vettel might have to come in again! He's having a nightmare today.

19:42
Lap 28
Rosberg, the most likely of the two to go in, has pitted first. It's quick and he's straight back out onto the track.
19:39
Lap 26
Mercedes are about to make their first stop. But who is it?!
19:38
Lap 26
There's still 1.7 seconds between Rosberg in first and Hamilton in second. And behind them is a 35 second gap to Verstappen in third.
19:35
Lap 25
Bottas tries to go round Raikkonen on turn one. With fresher tyres he pushes and tries to go past and forces Raikkonen wide on turn four. Raikkonen is determined not to lose his position and won't budge but Bottas has to keep going forward. The two collide and Raikkonen is off! His back rear wheel is broken.

Raikkonen had the lead the entire time, had the line and was cut up by Bottas. Bottas clearly knew he was there but will say he couldn't avoid it.

19:32
Lap 21
Perez really wanted to come out of the pit in front of Sainz but his "front wing adjustment" (thanks F1 commentators!) took a bit longer than he'd hoped and he ends up behind the Toro Rosso. This is bad.

Lewis Hamilton sets the fastest lap at 1:23:008.
19:29
Lap 19
Vettel is a good 18 seconds behind Raikkonen at the moment. He manages to get past Jenson Button on the long straight, using DRS and moving up to the 11th. And then he spins! Vettel comes off the track, losing his back end on one of the simpler corners but corrects position and drives back on, way back in 16th.

Martin Brundle says he must have a problem and that it likely wasn't drivor error.
19:25
Lap 16
Carlos Sainz has been in for his first stop of the race.
Hamilton hasn't really pushed Rosberg yet. The thinking seems to be that he's holding back and waiting to be aggressive once Rosberg pits - he has the strategy advantage over Hamilton.
19:20
Lap 13
Perez is battling it out with Sainz for sixth. Perez is doing 1:26:4 at the moment and tells his team he reckons he can keep that pace on the current tyres for another five laps. The leader, Rosberg, is doing 1:24:0, which as you will have deduced by using your eyes is rather a large difference.
19:18
Lap 11
Felipe Massa pitstops on Lap 10. Lots of radio chatter about drivers losing grip in their rear wheels...
Bottas absolutely clears out Jenson Button on the long straight. It's like they're in different... cars... which they are. But on his new tyres, Bottas is flying.
19:16
Lap 9
Bottas comes in for a 3.2 second pitstop on Lap 9. Most people expected that the first lap anyone would come in on would be 10. Is this all part of a cunning plan by Williams?
19:15
Lap 8
Raikkonen is on form and has moved up to 13th. He started at 19th, remember.
19:11
Lap 7
Stewards are investigating this collision between Vettel and Ricciardo on turn 5. Vettel just doesn't seem to notice the car creeping up behind him and they bump tires. Vettel annoyed and says there wasn't anywhere for him to go.

19:08
Lap 5
Kimi Raikkonen has been warned to watch his brakes already. "I know you're battling but your brakes are hot" is the team instruction.

19:07
Lap 4
Rosberg sets the fastest lap with a time of 1:25:195. Alonso is already back in the paddock after his terrible start to the race. If I were him I'd be onto the margheritas immediately. Felipe Massa and Verstappen are fighting for sixth right now.
19:06
Lap 1
Fernando Alonso has to retire. His gears have gone and he's been asked to come into the pits and leave the race. Kvyat has taken Vettel's place in third.
19:05
Lap 1
Vettel is in trouble already and has a puncture.
19:04
GO GO GO!
We're off! Rosberg leads, Hamilton pulls outside but can't get enough to get past. Rosberg keeps his lead.