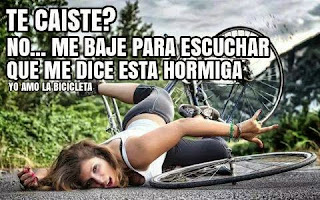 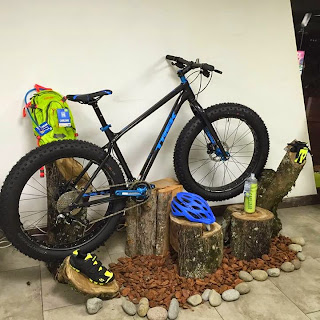 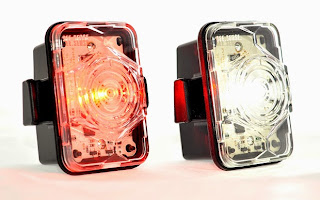 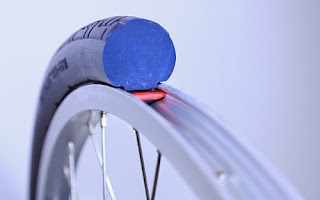 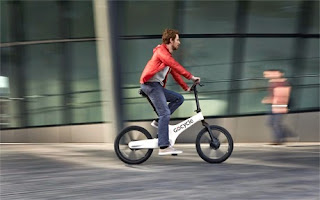 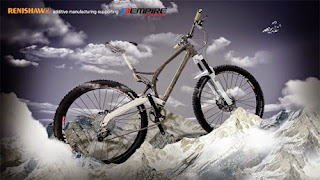 1. See.Sense bike lights
A lot of innovative bike lights have hit the market over the past 12 months, from the BLAZE Laserlight to the Brainy Bike Lights.
See.Sense continues the trend - perhaps outshining its competitors thanks to a system of sensors that lead to some very intelligent behaviour.
The light automatically turns itself on and off, tuning its brightness setting to the level of light available in the surrounding environment. Once on, it then senses oncoming cars, flashing faster than normal to alert them to your presence.
Riding with the See.Sense becomes an interesting experience. Cyclists aren't accustomed to feeling particularly visible on roads at night, but with one of these little boxes blinking away on your handlebars or seatpost you begin to sense that cars not only see you but give you more space. The change in flash speed grabs their attention and gives them longer to adapt to your position on the road.
A range of motion gestures (three shakes to manually turn it on; place it face down to manually turn it off) cement the See.Sense'sver-cloggs credentials.

2. Tannus tyres
The traditional bike tyre consists of a rubber shell that holds an air-filled inner tube. It works wonderfully, offering little rolling resistance - but it also contains one critical flaw. Pierce that inner tube and all the air rushes out, leaving you with a flat tyre and potentially miles to walk home.
Step forward - or roll up - the Tannus solid bike tyre. Made of a clever material that encases minuscule air bubbles (each is about 10 micrometers wide) in a robust mesh of protective walling, the tyres offer puncture-less riding for the everyday bike commuter.
Tannus are debuting their new Aither 1.1 at the Bike Show. An update on last year's compound, it offers even less rolling resistance and compares favourably in weight to other traditional bike tyres.
A cross section of the Tannus solid bike tyre


3. FABike
Singlespeed bikes, road bikes, mountain bikes, folding bikes, commuting bikes: the modern cycling enthusiast is presented with a different type of steed for almost every occasion.
Collecting various bikes is undoubtedly part of the allure of cycling (in the same way that guitarists can't help but compile rows of guitars, even though they all perform the same basic function). But as anyone with limited space at home - or cash in the bank - will attest, the compulsion to collect soon becomes a source of unimaginable heartache. With space only for one bike, do you get rid of the fixie you rode during your trendy youth or the touring bike that has so far only completed a tour of the available spaces in your flat? Truly the Sophie's Choice of the cycling world.
Such wanton accumulation might soon be a thing of the past, however, thanks to the FABike, a one-frame-fits-all bicycle that is supposed to be as happy rolling over mud as it is tarmac.
The bike's frame utilises a series of ingenious components that allow it to morph, Transformer-style, from a mountain bike to a singlespeed or geared road bike. All you have to do is tweak the adjustable parts, such as the rear drop outs, to align it with the kind of performance you want.
FABike could potentially replace all those bikes that currently clutter up your spare room. Well, maybe not the folding bike. But that can go in a cupboard, right?

4. GoCycle
Ebikes have made considerable inroads into the bike markets of continental Europe, posting double digit year-on-year sales increases in countries such as Holland and Germany. Electronic bikes now account for 50pc of the value of the entire adult bicycle market in those countries.
GoCycle is leading the charge for cyclists to plug in their pedals this side of the pond. Created by Richard Thorpe, a former engineer for McLaren ars, the company produces stylish ebikes that fold up for ease of storage.
Their new model, the GoCycle G2, updates the company's previous version by adding integrated lights, a better torque sensor that reacts to delicate changes in the amount of power you apply through the pedals, and electrical gear shifting.
Truly electrifying.

5. 3D printed bikes
Many of the world's engineering industries are currently falling over themselves to jump on the 3D printed bandwagon - and cycling is no different.
Mountain bike maker Empire joined up with 'additive manufacturing' experts Renishaw to create a 3D printed, titanium version of their MX6-EVO model - named, catchily, the MX6-R.
There's currently only one in the world and it costs £20,000 to make, so don't expect to be printing off your own bikes with joyful abandon any time soon. Still, it's a very cool development and it will be on display at the Bike Show for enthusiasts and nerds alike to get sticky-fingered over.
As Leonard Cohen didn't quite sing: 'I've seen the future, brother. It is 3D'.
Empire's 3D printed bike
The London Bike Show - Driven by SEAT returns to ExCeL, London from 12 – 15 February 2015, promising an exciting day out for every kind of cyclist and their families. Book today at LondonBikeShow.co.uk using the code TELBIKE to save 10% on advance adult tickets.