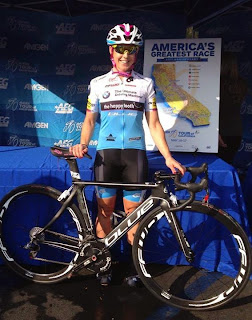 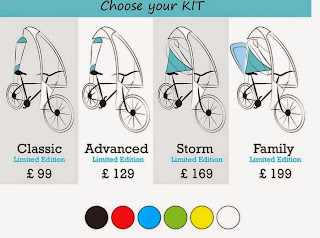 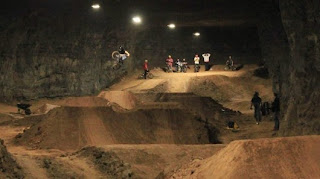 The bike park is located in an old limestone mine
When winter arrives in much of the world, cyclists such as BMXers and freestyle mountain bikers are limited to riding in warehouse-style indoor bike parks. These places can be fun, but they're still ... you know, in a building. Such is not the case, however, with the just-opened Mega Underground Bike Park. Claimed to be the largest indoor bike park in the world, it's situated 10 stories (100 ft/30.5 m) underground in a disused limestone mining cavern.

The facility just opened on Feb. 9, and so far users have to supply their own bikes. As of sometime in April, though, rentals should be available.Admission prices appear to be fairly reasonable, starting with US$24 getting you four hours of use, or $40 getting you eight. It's actually just one part of the Louisville Mega Cavern, which also features a zip line, ropes course, tram tours and other attractions.