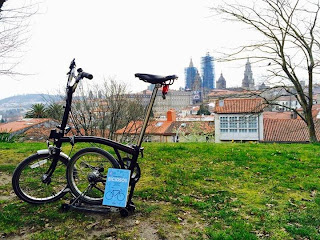 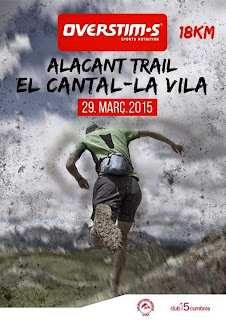 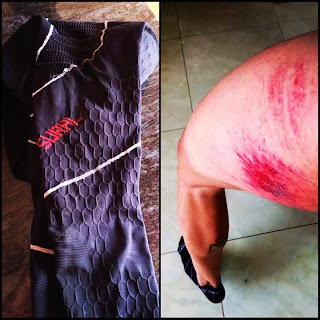 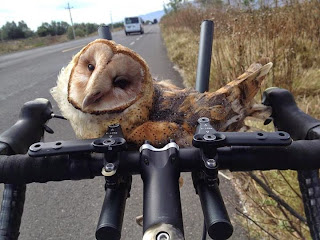 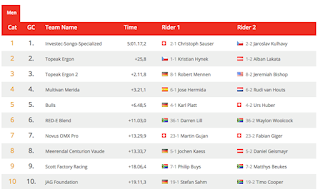 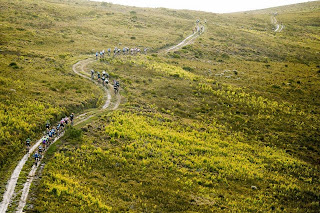 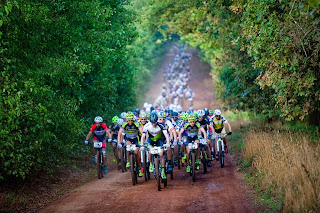 A transition stage on the Absa Cape Epic – from one race village host town to another – is sometimes regarded as being easier, but Wednesday’s 128km Stage 3 from Elgin Valley to Worcester was “very rough and really sandy”, according to race leader Christoph Sauser.

Riders further back in the field also spent several hours battling in baking heat as the temperature steadily ticked up towards the 30ºC mark.

Swiss Sauser and his Czech partner Jaroslav Kulhavy (Investec-Songo-Specialized) were again imperious at the front of the field, powering away on the last 15km to register a 25 second win and extend their overall lead to more than seven minutes. It was their third stage win in succession and Sauser looks increasingly likely to become the first person to win the event five times.

Kulhavy’s rear tyre developed a slow leak midway on the ride, but they “bombed” it – pumped it with a canister containing compressed CO2 – and replaced the tyre at Water Point 2.

A dust-caked Kristian Hynek of the Czech Republic, who finished second with Austrian Alban Lakata (Topeak Ergon), said immediately after finishing that the course was a “really tough one … I thought a transition might be easier”.“Today was really close and it’s still an open race,” he added. “We’re fighting, we’re really strong and we’re good climbers.”Asked about the difference in this year’s race compared to last year, Hynek said simply: “Jaro is a game changer”.

The Topeak Ergon pair moved up into second position overall as the Bulls – four time winner Karl Platt of Germany and Switzerland’s Urs Huber – dropped from second to fourth after some bad luck. Platt had punctured badly a couple of kilometres from Water Point 3 and ended up riding on his rim to the tech zone and a spare wheel.“I think we lost about three-and-a-half minutes there,” said Platt. They also lost contact with the front group and by the end were nearly seven minutes back from Sauser.

Multivan Merida’s Jose Hermida of Spain and Rudi van Houts of the Netherlands also moved past the Bulls into the top three in spite of the former suffering from stomach problems.A notable performance yesterday was that of Topeak Ergon support team Robert Mennen (Germany) and Jeremiah Bishop (USA), who finished third overall. The American said later that they had helped Lakata get back to the front group when he dropped back and “we rode our hearts out”.

Meanwhile, there was a change in the race for the red Absa African special jersey – for the first team from the continent to win – when RED-E Blend’s Darren Lill and Waylon Woolcock finished sixth overall. They now lead from Scott Factory Racing’s Philip Buys and Matthys Beukes and USN’s Rourke Croeser and Travis Walker, who have worn the red jersey for all three stages so far.

Thursday’s Stage 4 is a 111km loop, starting and finishing in Worcester, and during which riders will gain a total of 2 000 vertical metres. It also promises to be a rugged affair.