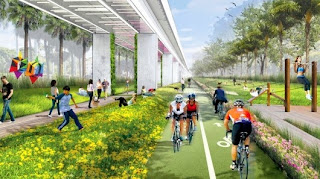 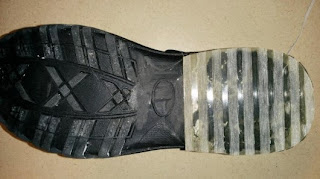 The soles are made from slabs of thermoplastic polyurethane, that have tiny glass fibers in them running parallel to the surface. When those slabs are cut "across the grain" of the fibers, the result is smaller slabs that have the ends of the cut-through fibers protruding from them like miniature studs.

The polyurethane itself is flexible and rubbery, so it's still able to grip on hard dry surfaces such as asphalt. The tens of thousands of glass fibers, however, give it a sandpaper-like texture, letting it also "dig into ice on a micro-scale." 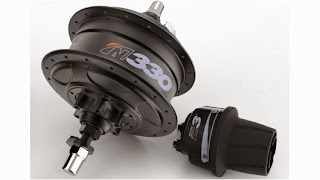 Shifting gears while cycling can be a hassle, which is why a growing number of bicycle manufacturers are outfitting their bikes with the NuVinci N360 continuously-variable hub transmission. Now, NuVinci parent company Fallbrook Technologies has announced the lower-priced NuVinci N330, which is designed to bring the technology to less expensive bikes.

Like N360, N330 doesn't have individual gears that it clicks in and out of, but instead allows users to smoothly transition between different gear ratios. The difference is, whereas N360 covers a 360-percent ratio range, N330 is limited to 330 percent.

Also like N360 though, the new product is sealed and thus maintenance-free, and allows for shifting while under heavy pedaling loads or even while stopped. Users control it using a simplified new version of N360's handlebar-mounted controller. N330 is also compatible with NuVinci's existing Harmony auto-shifting system for e-bikes, via a different controller.

According to Fallbrook, some N330-equipped bikes should start showing up in stores later this year, although a wider launch is scheduled for 2016. 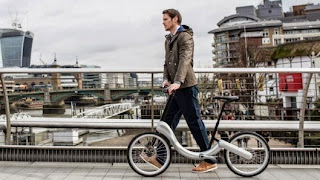 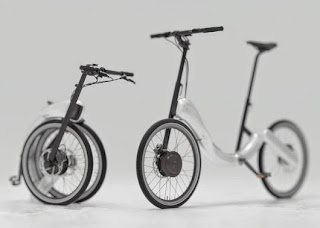 By Ben Coxworth March 17, 2015
Folding electric bicycles are becoming increasingly popular, although the presence of a chain (or an external belt drive) can complicate the folding procedure. Additionally, chains can transfer grime onto users' pants. That's why British start-up JAM Vehicles created the JIVR Bike. It has a chainless sealed drivetrain, along with some other interesting features.

Although JAM founder Marcin Piatkowski isn't of liberty to divulge how the drivetrain works, he did tell us that it's a purely mechanical direct-drive system that has been in development for the past three years.

"The drivetrain is entirely encapsulated inside the frame, which creates a perfect environment for mechanics – no sand, dust or water can get in," he said. "This makes the drivetrain extremely durable and maintenance free. It's also as efficient as a regular chain drive, however its efficiency doesn't decrease over time as in chain drive (chains usually get rusty, muddy, etc)."

Piatkowski is also quick to point out that it is not the same as the chainless drive system in e-bikes like the Mando Footloose, where an alternator connected to the crank is used to generate electricity that in turn powers the motor. "We explored [that] solution in the very beginning of our design process and realized it's not viable," he said. "It's the easy way of designing a chainless bike."

It can be folded up in four steps, and carted along on its two 20-inch wheels once folded
With the JIVR, users can choose between applying their own pedal power to the rear wheel, or using a throttle to goose the 350-watt hub motor in the front wheel. That motor can take riders to a maximum regulated speed of 32 km/h (20 mph). Power is supplied by a 36-volt 9-Ah lithium-ion battery pack, one 90-minute charge of which should be good for a distance of about 20 miles (32 km).

Because the bike is Bluetooth 4.0-equipped, it can communicate with the rider's smartphone, allowing the device to be used as a handlebar-mounted control console. The JIVR is also equipped with iBeacon technology, allowing it to interact with businesses or Apple smart devices that are within range.

The whole thing weighs 33 lb (15 kg), can be folded up in four steps, and carted along on its two 20-inch wheels once folded.

If the JIVR seems like your cup of tea, JAM is now raising production funds on Kickstarter. A pledge of £1,199 (about US$1,768) will currently get you one, when and if they're ready to go. The planned retail price is £1,999 (about $2,948). It can also be had for lower pledge amounts, if you live in one of a number of select cities and are willing to promote the bike in your community.