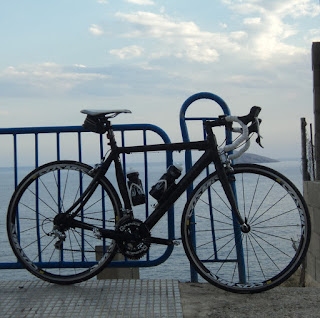 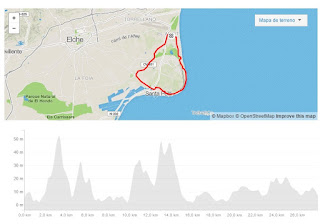 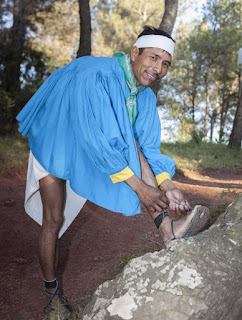 News / Sports
Havard Professor Explains How the Tarahumara Run So Well in Those Sandals2ffe0e3 Written by Jessica Lopez November 25, 2015
The Tarahumara people are renowned for their extraordinary endurance running abilities. They have a way of uplifting Mexican people around the world through their sporting glory – most recently, Mateo González Bautista and Silvino Cubésare won second and third place at the World Indigenous Games– despite the fact that they are often ignored by politicians and given very little in the way of monetary resources and infrastructural support.

Something that has always fascinated people about the Tarahumara is how they can run so well in rough terrain wearing only huaraches, barely-there, flat, rawhide-soled sandals. Now, we have an answer. In his paper “Strike type variation among Tarahumara Indians in minimal sandals versus conventional running shoes,” Harvard professor, evolutionary biologist and running-form expert Daniel E. Lieberman delves into the effects of different types of shoes on running form.

According to Lieberman, “Tarahumara who wear huaraches have higher and stiffer arches than those who wear modern, supportive shoes.” He backed this idea on the basis that “several features of modern running shoes, especially stiff midsoles and arch supports, likely decrease how much work the intrinsic muscles of the foot do.” In other words, years of running have made the Tarahumara’s feet muscles and arches that much stronger. Straight up.

In order to test his theory, Lieberman used high speed video to analyze 23 people– 13 dressed in traditional huaraches and 10 wearing conventional, cushioned running shoes that you could easily find in any run-of-the-mill sports store. The runners took it easy at 7:30 minute/mile paces (easy for some…) in order to have their foot strikes, stride lengths, arch structure, hip, knee and ankle movements observed.

While the results showed plenty of variation in foot strike patterns related to where the runners landed– with 40% of huarache-wearing participants striking midfoot, 30% forefoot, 30% rearfoot and 75% of conventional-sneakered athletes using rearfoot– there were significant differences in stride lengths and arch stiffness.

Does this mean that you should rush out to buy whatever huarache look-alike you can find in an effort to take the extreme running world by storm? Certainly not. It’s worth mentioning that while the Tarahumara’s legacy of long-distance running continues, there is a notable generational gap that is evident in the very shoes on their feet. On average, the runners sporting modern footwear in Lieberman’s study were eight years younger than those in huaraches, and they had grown up using conventional running shoes. This is perhaps why he is wary of reading too deep into his results; you can’t change these intrinsic muscles in a day.

His findings are fascinating, nonetheless.

Faced with financial difficulties advanced by many, we asked our partners to make an effort ...

The detailed schedule and registration files are online.

Due to particularly rugged landscapes in the region rendering logistics difficult, it was decided to limit the number of participants to about 30 so as to ensure as smooth operations as possible.

While the race conditions will be difficult with a cumulative elevation gain of about 8,000 m, we planned for quality hotel services before and after the race.

The all-inclusive package is from/to Chihuahua, since the city has an international airport with daily flights to Houston, Dallas and Mexico.

For those wishing to extend their stay, various options from Creel are offered by the ECOTRAVEL travel agency : petzljones@hotmail.com

The race is also open to a few companions who will be able to be part of the adventure while enjoying more touristic activities.

One of the highlights of the race will be a sporting challenge with 5 Rarámuri runners who will be competing for victory !