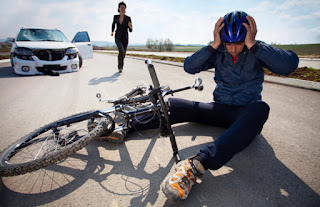 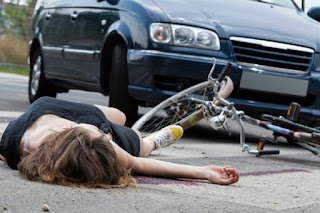 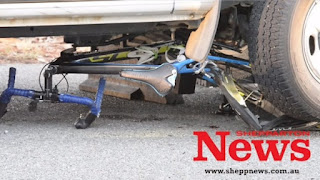 Nine cyclists hit by car near Goulburn Valley Highway at Kialla, near Shepparton

A group of cyclists ploughed into a dead kangaroo before being hit by an oncoming four-wheel-drive in northern Victoria early on Monday.
Nine cyclists from the Shepparton Cycling Club were riding on Mitchell Road, not far from the Goulburn Valley Highway, at Kialla near Shepparton, about 6.40am.Shepparton police Sergeant Steve Murray said the leader of the pack managed to avoid a dead kangaroo on the side of the road, but several others behind him did not.

"The others have hit the roo and gone down and there's been a bit of a concertina effect," Sergeant Murray said.


The cyclists were skittled over the road, when some were hit by the oncoming 4WD.
One of the cyclists, the club's committee member David Paton, became trapped beneath the vehicle after he veered into its path to avoid the dead roo. Shepparton Search and Rescue freed him after 15 minutes by using a special airbag to lift the front of the vehicle.
He suffered significant head, chest and leg injuries, and was flown to The Alfred hospital by air ambulance.
He remained in a stable but critical condition at 8pm, a hospital spokesman said.

President of the Shepparton Cycling Club, Arthur Hobson, told Fairfax Media everyone was concerned about the father of two.
"We are all concerned for his health and wellbeing, and hope he makes a full and complete recovery, although we won't know if that's possible for some time probably," he said.
He said Mr Paton was a regular cyclist who had just come upon back luck.
"It's one of those things that happens - we wish it didn't," he said.
"It is the nature of the beast, and without the man stumbling across a dead kangaroo in the middle of the road it wouldn't have happened."
Three other riders were also injured in the collision, and were taken by ambulance to Goulburn Valley Base Hospital.
Two remained in a stable condition in hospital on Monday afternoon, but the third was flown to a Melbourne hospital for further treatment.
It is believed the 4WD was travelling east, away from the highway.
However, Sergeant Murray said the rising sun might have affected the cyclists' view of the road and the kangaroo.
"There might be a question of sun glare," he said.