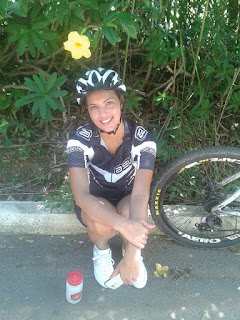 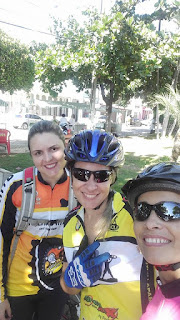 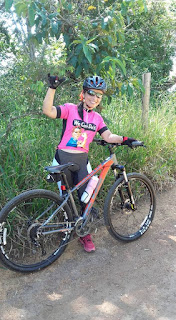 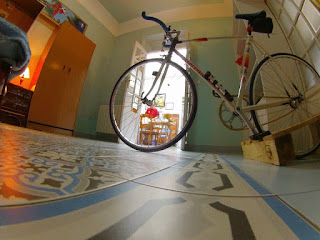 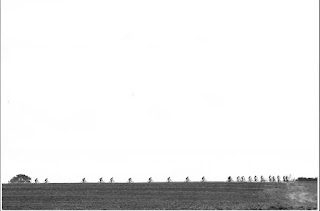 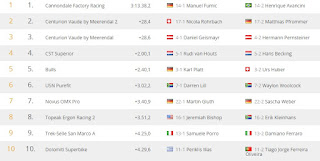 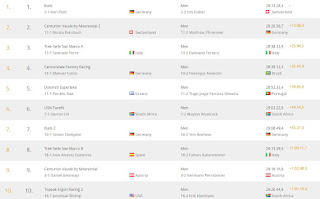 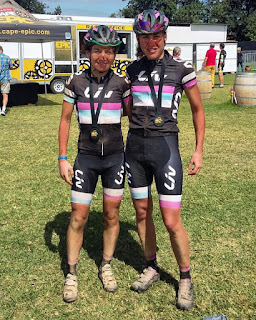 
And in a gripping race for the Women’s category, Ariane Kleinhans and Annika Langvad (Spur-Specialized) sealed their third successive title in front of thousands of cheering spectators at Meerendal Wine Estate.

German Platt and Swiss teammate Huber of Switzerland rolled comfortably across the line at Meerendal in fifth place after the fast 86km ride, with Fumic and Avancini still joyously celebrating their stage win.

“We’ve wanted this all week,” said Fumic. “We targeted the Prologue, then Stage 4 and today. This was our last chance at a stage win after the other two didn’t work out, so we were really determined to take this one. There is nothing better than winning the final stage of the Cape Epic. There are always a lot of people here, but when we came over the bridge I couldn’t believe how many people were at the finish. It’s such a special feeling.”

Avancini, the 2015 Brazilian cross-country champion, was equally thrilled with a stage victory in his debut Cape Epic. “This is very special,” said Avancini. “We were chasing this stage win today so to get it in front of so many fans was incredible. We wanted Stage 4, but Manny had a few issues, so this was it for us.”

Fumic and Avancini crossed the line in 3:13.38,2, very fast riding on a stage without much climbing, quite a few district roads and in fairly cool conditions.

Second and third on the stage was wrapped up by the two Centurion Vaude by Meerendal teams. At one stage, on the last climb before the final 2016 Cape Epic descent, it looked as though they had positioned themselves for a one-two stage finish, but Cannondale Factory Racing snuck in front. “We are not the strongest team in the field,” said Avancini, “so today we had to be the smartest.”

The biggest smiles on the day, though, belonged to Platt and Huber. Their preparation for the 13th edition of the Absa Cape Epic has been superb, with both riders spending weeks in South Africa, racing and riding in local conditions.

“This is unbelievable… unbelievable,” said Platt seconds after crossing the line as the 2016 champion. I have no words to say now.” Platt, who won the very first Absa Cape Epic in 2004, has had to wait six years for his fifth win. “I must be getting better with age! I’ve been waiting a long time for this fifth win, so to actually have it now… I still can’t believe it.”

The race strategy on the day was a case of no heroics. With a 15-minute overall race lead over Centurion Vaude by Meerendal 2 (Swiss Nicola Rohrbach and German Matthias Pfrommer), Platt and Huber just had to enjoy the ride. “Everyone was racing hard again, but we did what we could to control it,” said Platt. “Then a bunch made a break, but Urs and I decided to take it easy and just enjoy the last 20km.”

This was Huber’s first Cape Epic victory, in his seventh event. “I was a bit nervous at the start,” said Huber, “but once the race began and we could control the pace for a while, I calmed down. We could see that lots of teams were going for the stage win, but we decided that was not for us. Today we said, no suffering!”

Meanwhile, the South African and Absa African classification was wrapped up comfortably by Darren Lill and Waylon Woolcock (USN Purefit). They claimed sixth on the day and sixth overall in the race. It was a highly impressive performance from the former road riders who, apart from the Prologue, were in complete control of the Absa African special jersey. “We’re happy and relieved,” said Woolcock. “It was another day of fast racing, so to make it into the finish in the red jersey, and to win the category overall, is a great result.”

As was the case throughout the “eight days of courage”, Swiss Kleinhans and Dane Langvad didn’t have it their own way during today’s Grand Finale. The Spur-Specialized pair led going into the final two kilometres before the Sport for Good pairing of German Sabine Spitz and Ukranian Yana Belomoina overtook them and ecstatically crossed the finish line first in 3:53.31,4 – their third straight stage victory.

Langvad acknowledged that this has been a tough week for the pairing, after initially facing a strong challenge from Ascendis Health’s Robyn de Groot of South Africa and Swede Jennie Stenerhag (who withdrew after falling ill). Then Spitz and Belomoina found their legs in the closing stages but Spur-Specialized’s overall winning margin of 14.56 highlighted their superiority over the eight days.

“It was a difficult stage after a tough week of racing, but we are happy with our overall win and super happy with our third Epic title,” said the Dane. “Winning the Epic is a big goal. To celebrate I’m going to drink some of the great South African wine that I didn’t get to drink this week.”

Kleinhans, who came into the Absa Cape Epic unsure about her form once again had to dig deep to keep pace with her partner.

“This stage was a bit messy – we had a lot of men overtaking us today, but in general the route over the Epic was really good for the women, because we didn’t get bunched with the men. To celebrate I’m going to sleep, eat and recover. It’s been super tough.”

Grand Finale winners Spitz and Belomoina, who have got stronger and stronger through the eight days, cranked up the pace to make the decisive move on Meerendal’s famous Stairway to Heaven.

“On the final climb Yana was riding like crazy,” said a delighted Spitz. “She overtook a men’s team and I was sitting behind them thinking ‘oh my gosh’, then I saw her overtake the girls and I realised I had to use my last grain of power to get to her. To win three stages in a race is amazing. I’m really pleased I took the decision to come ride the Cape Epic.”

Belomoina, who at 23 is Spitz’s junior by 21 years, was happy that her cross-country skills could be the decisive factor on the day.

“The finish was very good, it was like a lap of cross-country so I had to go fast. I saw a small chance so I went for it and luckily Sabine could catch up. I’m very happy to win three stages in a row.”

Topeak Ergon’s Sally Bigham of England and her German partner Adel Morath rounded off the Sasol Women’s category podium – with another third place finish at Meerendal.


In the Masters category leaders Bart Brentjens of the Netherlands and Brazilian Abraao Azevedo (CST Superior Brentjens) sealed a dominant victory by winning their sixth stage in a row and extending their overall lead to 51 minutes. Second-place overall went to Adrian Enthoven and Nic White (Whit Inc) while Australians Damien Jones and Brad Clarke (Hampton Cycles) were third overall.

There was a bit of a shake-up in the Grand Masters category on the day when Barti Bucher and Heinz Zoerweg (Meerendal BIXS KTM) and South Africans Andrew Mclean and Doug Brown (Cycle Lab) finished the stage first and second ahead of overall leaders Robert Sim and Udo Boelts (Robert Daniel). However, South African Sim and German Boelts have overwhelmed the category in the week and won overall by more than 37 minutes.

In the Mixed category Trek Israel CCC’s Idit Shub and Gal Tsachor notched up their second stage win in a row but overnight category leaders Jean-Francois Bossler and Fanny Bourdon (Open-Kappius Components) of France had enough of a buffer to still take the overall title by 39 minutes in spite of a bad day. Shub and Tsachor were second overall ahead of Swiss pair Hans Fluck and Anita Bucher (Giant Obwalden).

The race for the Exxaro special jersey had seen several teams hold the lead before faltering and today Jan Montshioa and Thokozani Mahlangu (Exxaro/RMB) notched up a second good stage win in two days, but Rilamulele Gadabeni and Tovhowani Mavundadavhi (Exxaro/Tronox) had a huge lead overnight and were still winners by more than an hour over second-placed Anele Mtalana and Tshepo Tlou (Exxaro/EOH).