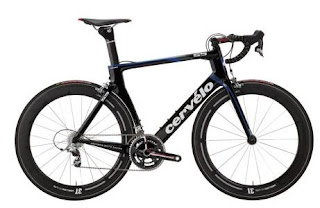 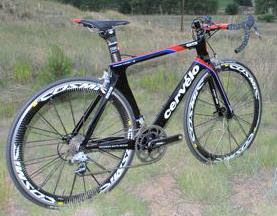 Cervelo unveiled the S5, their brand new aero road bike, just this week and it might represent the most advanced road bicycle ever produced. Its versatility as a do-it-all road and triathlon weapon might make it one of the best bikes for triathletes and cyclists. Geoff Nenninger was one of the first to test ride it.


The S5 is the successor to the throne as arguably the best aero road bike that the S3 had previously occupied. Considering Cervelo arguably invented the aero road bike category, many were waiting eagerly to see what they would come up with next. We had the opportunity to try an S5 in the Colorado high-country to see for ourselves if it would live up to Cervelo’s lofty reputation.

The S5 is not simply an evolution of the S3. The engineers at Cervelo are never ones to rest on their laurels, and they went back to the drawing board to come up with many features that are now incorporated into the S5, which has been in development for quite some time. When looking at the lines of the S5, it is clear that it shares many design elements found on the P4, it’s triathlon-bike cousin. Particularly innovative is the use of a dropped down tube, which helps to smooth air flowing back past the fork crown. A fully faired rear wheel is another feature of the S5 not seen on many other road bikes. The shoulder-style seat stays are also inspired by the P4.

While the P4 has an integrated rear brake just below the bottom bracket, the S5 uses a standard rear brake (our test bike was equipped with SRAM Red calipers). Also, the shoulder-style stays, which are slightly wider than those found on the P4, have the effect of shielding the rear brake caliper from the wind. Likely the most obvious feature borrowed from the P4 is the two-position post, which is literally the P4’s UCI-legal seat post. This two-position post is one reason the S5 might be a very attractive bike for triathletes: It allows for a forward riding position often not easily accomplished on more traditional road bikes (but a long-standing tradition of forward thinking at Cervelo [pun intended]).


We decided to test the S5 on the Stage 3 Time Trial course of the USA Pro Cycling Challenge. This course starts in world-famous Vail Village and begins flat and fast before the road turns upward for a challenging and steep uphill 3 mile climb. This seemed the perfect place to experience the best of what the S5 has to offer: Straight line speed with climbing chops to match.

Cervelo claims the aero benefits of the S5 will save a rider 30 watts over a more traditional road bike (9 watts over the S3). Rolling out of downtown Vail, it felt like the bike just wants to go fast. While sitting in a group of cyclists seemed to take less energy, the S5 really shined is when I took it out in the wind on it’s own. You can really feel it just cut through the air.

As the road became steeper reaching the outskirts of East Vail, we started to feel some of the benefits of the reported 12% increase in stiffness over the S3. Much of this gain in stiffness is due to the incorporation of the BBright bottom bracket standard previously only found on Cervelo’s R-series bikes. BBright is an open standard developed by Cervelo to provide the best possible combination of overall bike stiffness while minimizing bike-and-crank weight. I found it to be a much appreciated addition to the S5. Out of the saddle climbing yielded a very positive and solid response from the bike.

It’s clear that with the S5 Cervelo has not forgotten triathletes, which make up one of the largest groups of riders interested in aero road bikes. We see this bike finding it’s place under two groups of triathletes. First, those who need a slightly taller head tube and less weight on the front end, but who aren’t willing to give up any aerodynamic performance. The S5 has a significantly taller front end than it’s predecessor the S3, allowing many athletes the ability to achieve their desired position without the use of extra spacers or an upturned stem. The second group are those looking for the ultimate single-bike quiver, a machine that has the ability to race road races, triathlons and time-trials.

Looking at the aerodynamic tube shapes found on the S5, including the wide seat tube and unforgiving-looking seat stays, our guess was that the ride of the S5 would be rather harsh. But our experience proved that you simply can’t judge a book by its cover, especially in terms of carbon fiber’s ability to tune the feel of a frame’s ride quality. The S5 is smooth and confident, even when descending at high speeds as we did on our way back down into town after our recon of the Vail TT course.

TRIATHLETE.COM POLL: What kind of bikes do you own?

To Cervelo’s credit, the release of the S5 has been almost as well planned and thought out as the bike itself. Only a short week ago, almost nobody knew that a new bike was about to be released. And now only a week later select dealers have already taken delivery of their first units. So if you are an aero-inspired road racer or a triathlete looking for a new aero weapon, I believe the new Cervelo S5 is worth a serious, hard look.

Straight-On View Of The Cervelo S5