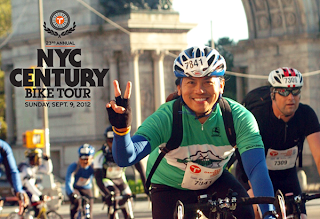 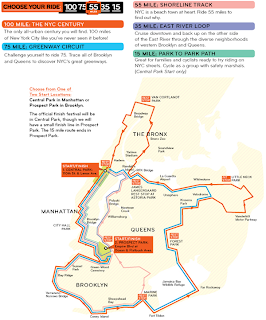 On Sunday September 9th, join Transportation Alternatives, and 6,000 other cyclists for the greatest bike ride in New York City!

Sign up now to save $10 on registration, and be entered to win one of three Trek Bicycles! Register today!

The NYC Century has five route lengths and two different start locations, so you can choose your ride!

When you register, you are a part of making New York City more bike-friendly. One hundred percent of the tour's profits benefit Transportation Alternatives advocacy to make New York City a safer, saner and more sociable place to ride a bike.

Visit http://Bicycling.com for bike and gear reviews, ride maps, training advice and more. Subscribe to Bicycling for just $1 per issue -- or for $0.83 per issue when you register for the NYC Century Bike Tour!