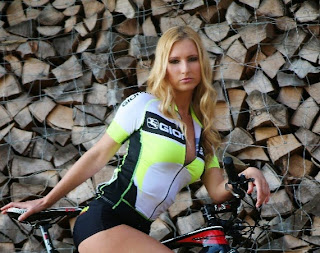 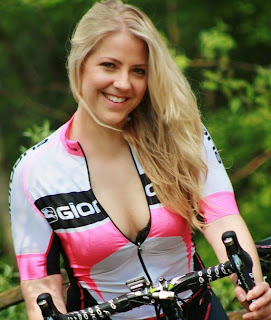 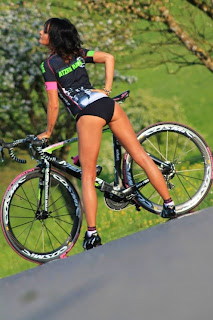 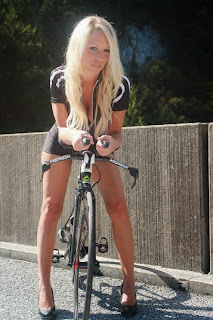 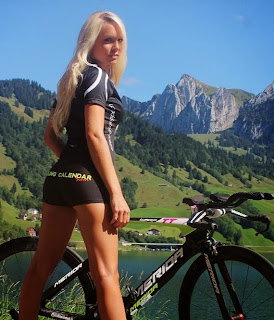 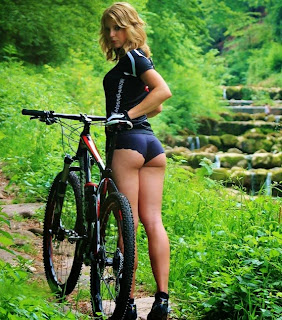 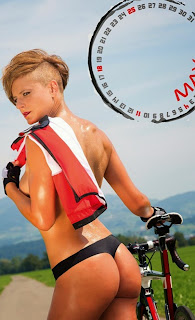 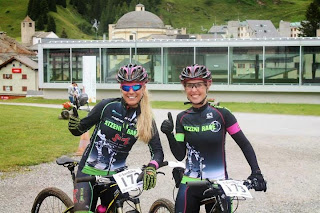 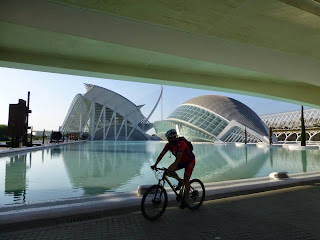 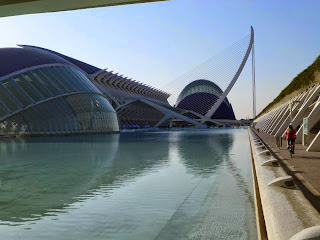 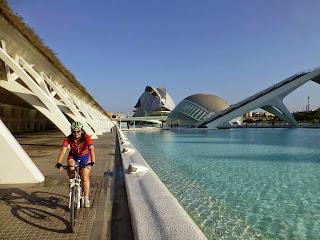 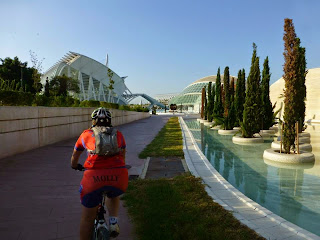 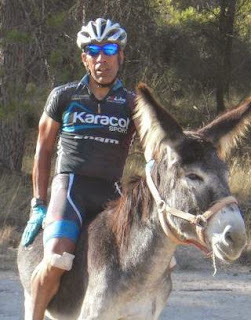 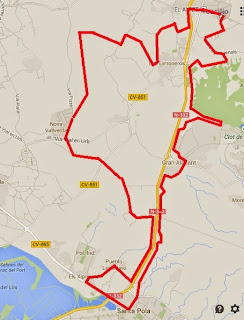 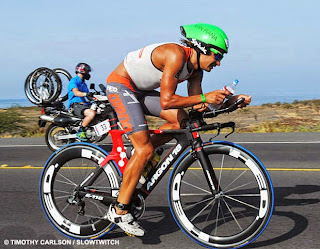 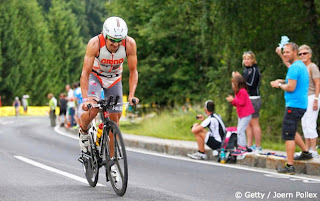 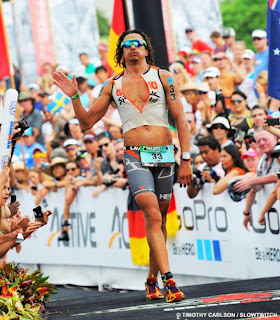 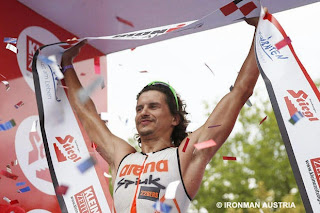 Ivan Raña made a significant step up among contenders for the Ironman world championship with his performance at Ironman Austria – the third fastest men’s Ironman-distance time in history. His 7:48:43 time at Klagenfurt was topped only by two 2011 performances - Andreas Raelert’s 7:41:33 at Challenge Roth and Marino Vanhoenacker’s 7:45:49 at Ironman Austria. Perhaps more important in terms of Kona contending capability, Raña’s race-best 4:15:57 bike split was the third-fastest winning bike split at Klagenfurt, behind only Dirk Bockel’s 4:15:05 in 2013 and Marino Vanhoenacker’s 4:15:36 in 2011. The significance is that Raña, a proven top Ironman runner and a front pack swimmer at all distances, has joined the big boys on the bike.

Experience has proved that a great race at Klagenfurt often does not translate into Kona success. But Raña, the 2002 ITU Olympic distance World champion and two-time Olympic 5th place finisher, has already proven he has mastered several elements crucial for Ironman World championship contention. Number one, he is great in the heat at Olympic distance and the Ironman distance -- proven by his debut Ironman win at Cozumel in 2012 and also by his strong surge to finish 6th at Kona in 2013.

At Kona, Raña had a Kona-winner’s swim split (51:06) and a Kona-winner’s run (2nd-fastest 2:47:54 split) but was brought down by his 4:40:34 bike split which surrendered 15 minutes to winner Frederik Van Lierde and 18 minutes to runner-up Luke McKenzie. Arguably, his superior bike split at Austria was the final piece of the puzzle that gives him entry into a small select group of men who have a realistic chance to win the biggest race in the sport.

At age 35, Raña has given up dreams of surpassing four years younger countryman Javier Gomez at the Olympic distance. But with Gomez waiting until after the 2016 Olympics to tackle Ironman, the door has opened for Raña to do battle with the sport’s greats on the Queen K.

Slowtwitch: What does this performance mean for your career? And what does it do for your confidence going forward to Kona?

Ivan Raña: For me this means the confirmation that I can ride. I knew I could ride fast, but I hadn´t experience in this distance. [Raña’s 4:15:58 bike split was 2:28 better than runner-up Christian Kramer. No one else broke 4:20] Now I know much better how I have to train and which feeling I must have before racing. I don´t want to just think about if I can make the podium. For me, now, after 20 years career as a triathlete, it is more important to have a good motivation for every day. Kona gives me this motivation. I have confidence in what I´m doing. But it is good also for my sponsors and the people who are supporting me.

ST: Almost everyone says that fast times at Roth and Austria do not translate to Kona success. But Raelert’s fast time in 2011 resulted in a very good Kona podium finish. How do you think your race at Austria and your high level of fitness will translate to Kona this year?

Ivan: I can´t speak about what happens with other athletes. I can speak about my feelings, and there are good at this point. I´m where I want to be. I must be focus from now to Kona, and if I can keep training well, I hope to stay fighting for the race.

ST: During your race in Austria, did you have ups and downs? Or were you feeling strong the whole way?

Ivan: I felt not so good in the water, but on the bike I felt wonderful. It is easier to run fast if you are in first position, so I enjoyed the race a lot. :) I decided to race in Austria to see how I can ride. It was a good test for me. I didn´t care about the run. I knew before racing I have to improve my performance on the bike/ If you aren´t good on the bike there isn´t a chance to win in Kona.

ST: How exciting is it to have such a swift race?

ST: It seems that you have mastered the Ironman run – starting with your race-best 2:44:05 while winning Ironman Cozumel in 2012, your second-fastest 2:47:54 at Kona last October and now your 2:43:43 at Klagenfurt. Not every Olympic distance star can match those Ironman splits. Why are you able to run at the top level in Ironman?

Ivan: I like this sport, I like even if I haven´t a bib number or there is crowd cheering for you. When I was younger I did a lot of ITU races, but sometimes I was training too much before these races. I had some bad results because I was a little tired, but it was a good training for the future! My adaptation to long distance wasn´t just in one year. In 2012 I finished 8th in the World Triathlon Series Grand Final at the Olympic distance and five weeks later I won IM Cozumel. I did a lot of mileage before."


ST: Why are you able to translate your ITU run speed to the marathon at the end of an Ironman?

Ivan: Like I said before, it is not an adaptation in one year. I did long distance races when I was younger. I remember my coach telling me, ‘You don't have to train too much like you are.’ But I love to spend my hours outside. Also I have to say Ironman is not just about endurance. It is also about mentality. You have to love what you are doing. Always you can run faster been if you have a big pain. Your motivation will make you faster or slower. When I am training, I try to work at different speeds and intensity. I don’t believe in the idea of you want to be a great Ironman you have to work just your endurance.

Ivan: I was focused on the power this year, also on the speed. But I am lighter than these guys, so I have to be in my best shape ever to ride with these guys on flat roads.

ST: Finally, your 4:15:57 bike split at Ironman Austria seems to have fulfilled the promise of your year in pro cycling. How did it all come together so you could have one of the fastest bike splits in Ironman history – and leave everyone but Christian Kramer behind?

Ivan: In my year as a pro cyclist I suffered a lot. I didn´t have big experience in the peloton, you need a good technique to ride fast and be relaxed. I learned this very well, but Ironman is absolutely different. You have to ride alone, at maybe less intensity but no rest. You must be stronger than a cyclist, because you have to stand up in the time trial position a lot of time. I know I can´t push the same watts like the big boys, but maybe I have more speed in the legs. I can ride with higher cadence, so I need to improve the power to have a perfect combination.

ST: After such a strong bike split how did you have enough energy to run so fast? I see in your earlier Ironman races you saved your best for the second half of the run.

Ivan: If you can ride, you can run. IM is not about a high speed on the run, it is more about endurance. If you don´t have energy and you are a good runner you will not run at all. The technique is so important, you must save energy for the last kilometers. If your technique is bad, your run at the end is bad.

ST: Tell us about your first coach Cesar Varela and what he did for your career? Who is your coach or adviser now? And what role has a coach or adviser played in your transition to the long distance races?

Ivan: I started to work with Cesar in ‘93. At ‘94 we started to live with him. My parents’ house was 25 km from Santiago where he was living. Also I had not the best facilities for biking or swimming near home. So he talked to my parents about the idea to live together and start training seriously. In that time not too many people know anything about triathlon, but he taught me a lot of things: take care about your legs before you have a good bike, work in the gym, good technique in the water, good nutrition, rest a lot... I will never forget this.

Now I´m training on my own. That is because I’m learning a lot from a lot of athletes. I like to speak after races with athletes and coaches so I have good information. At this moment I´m training by my own also because I want to know how much and hard I can train without limitations. I am not always training hard. Sometimes you just have to enjoy the sport with your friends.

ST: I presume you have qualified for Kona. What other races will you do this season – and how will you prepare for this big race?

Ivan: I will do a couple of short distance, and a half IM. I´m not sure if I will do Mont Tremblant 70.3. I don´t want to have a tapering one month before Kona.

ST: You have had a marvelous career in several parts. But since 2007, Javier Gomez has won two world titles and Olympic silver and now dominates the ITU races. Some people may forget that you won the ITU Olympic distance World Championship in 2002 and took silver the next two years. And that you finished 5th at the 2000 and 2008 Olympics. How did it feel to be eclipsed by the Olympic distance accomplishments of your countryman Gomez?

Ivan: Of course if I am the only one in Spain, it will be easier to be recognized. But this is not a problem for me. Javi is the best in Olympic distance. When I started training with him in 2002, I saw this very clear. I´m happy with my career, and a little bit more because I´m probably near my best shape ever after 15 year as a pro.


ST: At the age of 35, you seem to be getting much better in the long distance races. Do you think you might do better at Ironman than you did at Olympic distance?

Ivan: My friends always tell me, you have Ironman mentality. These races are much better for you. I grew up reading magazines which told about Kona, so I have a big respect for this race.

ST: How are things going in your personal life back home in Galicia?

Ivan: It is going well. I try to enjoy my life with my job, family and friends. And I hope to do a couple of rally car races at the end of the year. :)

Ivan: I have more confidence in what I´m doing. I’m really sure what I want. And I couldn’t care less what the people think. I´m still feeling like an adolescent. :)

ST: Many thanks Ivan! Buena suerte for the rest of the year!