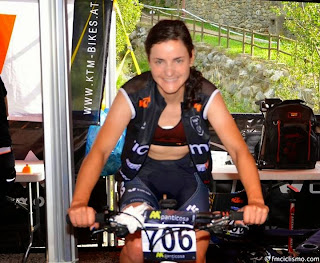 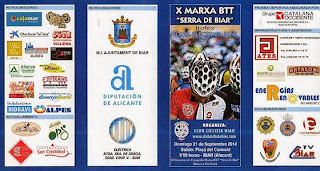 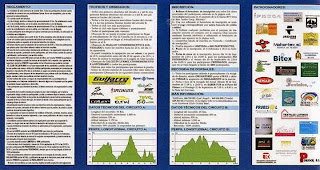 Taking Triathlons Into the Wild
By KELLEY McMILLANJULY 25, 2014


Jacob Burenius emerged from the water after one of 24 stretches of open water swimming in the Otillo race last September in the Stockholm archipelago. Credit Jakob Edholm/Otillo13
BOSTON — The 46.6-mile Otillo race started as a drunken bet among four friends in 2002. The challenge? Race in pairs from Uto to Sandhamn, two islands in Sweden’s archipelago, which required swimming a total of 6.2 miles between 26 islands and running 40.4 miles across them. The last team to finish had to pick up the winners’ hotel, bar and dinner tabs on the final island.

Today, the Otillo features 240 competitors, with an additional 1,100 who want to race but can’t because of size limits. It is one of the world’s toughest endurance events and an example of the burgeoning popularity of off-road endurance competitions across the globe.

Off-road competitions pluck traditional endurance events, such as triathlons, running races and aquathlons, from their standard settings — cities, pavement and reservoirs — and place them in natural backdrops.

Instead of swimming in the Hudson River, pedaling through the Bronx and running on pavement through Central Park, as competitors do in the New York City Triathlon, athletes in Xterra’s Freedom Fest, a popular off-road triathlon in Hawaii, swim in the Pacific and then mountain bike and run along dirt trails that wind through the lush mountains and valleys of a 4,000-acre cattle ranch overlooking the ocean on the northeastern shore of Oahu.

Competitors in the Otillo race crossing the island of Sandhamn in Sweden. The race, which began as a bet among friends, involves swimming a total of 6.2 miles between 26 islands and running 40.4 miles across them. Credit Jakob Edholm/Otillo13
In recent years, off-road races like the Freedom Fest have exploded in popularity. Xterra, the world’s largest organizer of off-road endurance races, started in 1996 with one event and 75 competitors. Today, it hosts 320 competitions in more than 25 countries and sees about 60,000 people competing in its events annually.

Since 2000, the American Trail Running Association has reported an increase of 348 percent in participation globally in the races it compiles data for. One of the world’s first off-road running races, the Leadville 100 Trail Run, started in 1983 with fewer than 50 racers. Today, over 800 runners take to the 100-mile course, which loops and jags on trails through the high peaks of the Colorado Rockies, gaining a total of 18,168 feet in elevation from start to finish. Participation in its sister event, the Leadville 100 Mountain Bike Race, has increased eighteenfold since it made its debut in 1994.

Part of the growth of off-road competitions can be linked to the growing popularity of endurance sports. The National Sporting Goods Association reports a 70 percent increase in running and jogging participation in the United States since 2004. USA Triathlon has seen a 228 percent increase in annual memberships in the same period of time, which it attributes to a growing awareness of the sport’s health benefits and triathlon’s introduction to the Olympics in 2000, said a USA Triathlon spokeswoman, Lindsay Wyskowski.

Proponents of off-road events say that something harder to quantify is driving the trend.

“I think our society today, the way that we live, is so extreme in one way, where everybody expects you to be connected all the time and you need to be really working a lot and everything is based on a digital world,” Michael Lemmel, the Otillo race director, said in a telephone interview. “I think the contrast of pushing yourself physically in nature is something that we need to balance that type of a life out.”

In 1983, Don Davis founded the Survival of the Shawangunks, or S.O.S., an eight-stage race that features 30 miles of cycling, followed by 18.7 miles of running on trails, interspersed with 2.1 miles of swimming across three mountain lakes. After the bike leg, racers must travel with all of their gear to the finish. (A standard triathlon begins with a swim, followed by cycling and then running, and has transition zones between each leg, where an athlete can switch from one sport — and its gear — to the next.)

The S.O.S. started as a training exercise for Davis and a couple of his friends who were preparing for traditional triathlons. In 1984, Davis formalized the course into a race, and the inaugural event had 34 competitors. Today, the S.O.S. features 150 competitors and sells out within 20 minutes.Davis says he believes his race, and others like it, are more popular than ever before because people are innately drawn to exerting themselves in nature, particularly at a time when they are increasingly removed from it.“Most people stand in front of their desk looking at a screen and I think there’s something instinctual about going out in the environment, stemming from man’s hunting and gathering years,” he said.

Tom Kiely, the chief executive of Xterra, attributes the draw of racing in nature in part to a desire for interpersonal connection.“When you look at these events, what you see is like-minded people coming together,” Kiely said. “It’s very much about social connection and probably goes deeper than just health and fitness.”He added: “I read that the result of the disconnection we’re experiencing today, because so much of our lives is plugged into computers and mobile devices, is that there is a greater yearning for people to interconnect with others.”Most off-road racers start with traditional endurance events before moving on to off-road competitions.

Conrad Stoltz, a professional triathlete from South Africa and four-time Xterra World Champion, started his career with traditional triathlons and competed in two Olympics. He now focuses on off-road competitions.“With road triathlon, you chase the white line on the road,” Stoltz said. “It’s all about taking as much pain as possible. He or she who trained the hardest and suffers the most usually wins.“To do well in off-road tris you need to be technically skilled, brave and robust, on top of being superfit and well trained.”

With 100-mile trail races and rugged triathlons under their belts, many endurance racers are looking for the next great challenge. Off-road events have spawned permutations that offer these athletes the opportunity to push their bodies and minds even further.“Tris and adventure racing have created a mental climate where athletes are willing to push themselves beyond previous limits and also where they are willing to try new challenges,” Lemmel said.

Take the Otillo, which features a point-to-point format and no transition zones, meaning competitors must complete the entire 46.6-mile race with all the gear they will need, often swimming with their shoes on and running in wetsuits. According to Lemmel, the race is harder than an Ironman, the iconic triathlon that includes a 2.4-mile swim, a 112-mile bike and a 26.2-mile run.

The Otillo has become so popular that Lemmel has introduced two additional events to accommodate demand. He believes he is pioneering a new sport called swimrun, which differs from aquathlon (usually a run-swim-run event) because swimrun racers compete in pairs and tackle multiple swimming and running legs — and natural obstacles — in the wild, competing with all of their gear from start to finish.

“We are what Ironman was 25 years ago,” he said.Lemmel sees his grueling race as the next frontier in endurance sports and a way for competitors to tap even deeper into their primal urges.“You go back to the Stone Age. You’re a caveman or cavewoman again.”