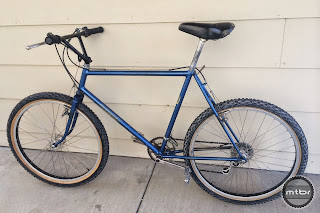 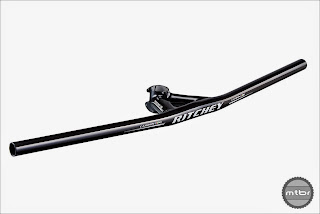 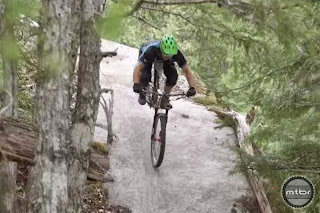 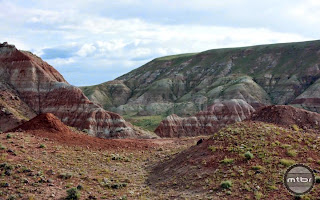 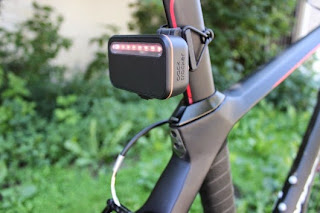 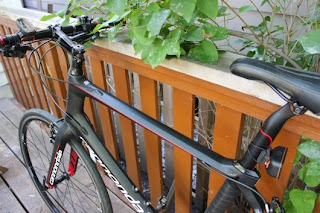 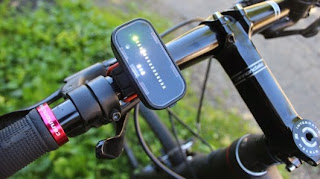 Earlier this month, we first heard about a radar system for cyclists, known as the Backtracker. In a nutshell, it emits radar pulses to the rear of the bike, then warns the rider when it detects vehicles approaching from behind. Although it's not yet commercially available, I recently had the chance to try out a pre-production review unit. It definitely shows promise, but could perhaps use one tweak.

As outlined in our previous article, the Backtracker actually consists of two modules. One of them is mounted on the seatpost, and contains a 24-GHz radar antenna, an ARM processor and a 40-lumen tail light. Using Bluetooth LE, it communicates with the other module, which sits on the handlebars.

When an approaching car closes to within 140 meters (153 yards) of the back of the cyclist, its radar reflection is picked up by the rear unit. That box sends a signal to the one in front, which alerts the rider via a row of LEDs. As the car gets closer, its increasing proximity is indicated on that display.

At the same time that this is happening, the tail light also switches from its regular slow blinking mode to one that's more rapid, in order to catch the attention of the motorist.

The Backtracker system consists of two modules, mounted on the handlebar and seatpost

On my test setup, charging both modules via USB was pretty straight-ahead, as was mounting them using the accompanying rubber O-rings.

When I took the Backtracker out on the road, I found that it worked just as advertised. Every vehicle that approached me from behind was detected, and long before it got dangerously close (except for one that pulled out onto the road right after I passed it). It even picked up "multiple targets" simultaneously, indicating that more than one vehicle was on its way.

I additionally got in my car and drove up behind my parked bike, to confirm that the tail light does indeed start blinking more quickly as motorists approach it.

As a vehicle approaches, the tail light switches from its regular slow blinking mode to on...
Although the South African designers of the system suggest that it could be used in busy traffic, I think that it would prove fairly unnecessary in such a situation. Mine was lit up pretty much constantly when I rode on a heavily-traveled street, essentially just telling me what I already knew – that there were lots of cars behind me.

I think it would be much more useful for long-distance touring or road race training rides, where cyclists are moving along the shoulder of the highway. There can often be long gaps between vehicles in such scenarios, and when cars do show up, they can do so extremely quickly and unexpectedly.

One thing that I think the Backtracker needs, however, is some sort of optional audio alert. I found myself constantly having to look down at the handlebar unit to see if it was lighting up, and it occurred to me that I might just as well be checking in a much cheaper and simpler rearview mirror. If it beeped every time it detected a vehicle, it would more fully take advantage of the Backtracker's one big advantage over a mirror – that it detects vehicles for the rider, regardless of whether or not they're paying attention to what's behind them at the time.

The Backtracker is currently the subject of a crowfunding project, on the Dragon Innovation website. If you're interested in getting one when and if they reach production, you'll need to pledge US$179.