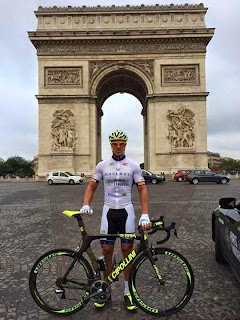 cab driver changes his mind about where he is heading too and decides to make an illegal U-turn. He blindly turns the car almost hitting a bicyclist wearing a helmet cam. The cyclist gets instant revenge as he sees the cops behind him pull the taxi driver over.

Bike Thief Gets Caught In The Act

Thief boldly tries to steal someones bike in public. He casually tries to saw through the bike lock, even taking a short smoke break. Luckily someone is videotaping the whole act and calls the cops. Talk about getting caught redhanded

A thief caught on camera trying to steal a bike. He sneaks up on the bike he wants to steal and breaks the lock. Little does he know that the security cameras are on him and security is on its way

Casey Haynes, a 12 year old kid, got bullied all his life because of his physical appearance. The bullies video tape him getting bullied, but Casey decides that day he is not taking the abuse anymore. What he does that made him an instant internet hero.