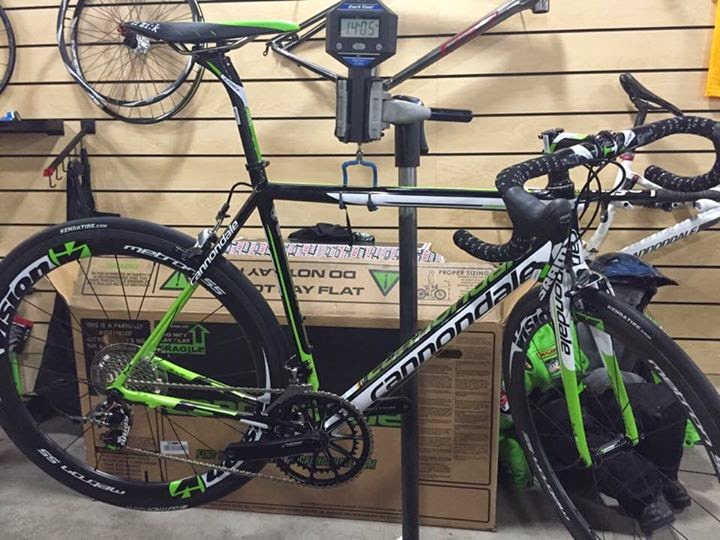 The unassuming-looking Connected Cycle pedal is packed with electronics
Image Gallery (2 images)
There are already bicycle locks that alert users when their untended bike is moved, along with tracking devices that let users know where to find their bike once it's been stolen. Paris-based Connected Cycle is now offering those same functions and others, in its smart pedal.
The aluminum-bodied Connected Cycle pedal generates all the power it needs using a built-in dynamo, and is able to access the internet on its own – so it doesn't need a paired smartphone to be within Bluetooth range, in order to transmit data to the cloud.
Its onboard sensors are able to detect when the bike has been moved, after the phone (and its user) have moved away from it. It will then send the user an alert, and will subsequently allow them to track its location. Even if the bike isn't stolen, the tracking feature will still allow them to locate it if they've forgotten where they parked, or if they let someone else borrow their bike.

On every ride, the pedal also tracks and records data including speed, route, incline and calories burned. Riders can retrieve that information from the cloud, using the accompanying app.
Installation is said to take just a couple of minutes using regular tools, although the pedal can only be removed using a special tool that comes with it. Needless to say, plans call for Connected Cycle pedals to be sold in pairs – each pair will consist of one smart pedal and one dummy.
The company unveiled the pedal this week at CES 2015, and plans to bring it to market later this year. Pricing has yet to be determined.
Source: Connected Cycle
http://www.connectedcycle.com/

We first drove the Spira4u in its first prototype form six years ago and we were mightily impressed. Conceived as a low cost (both to manufacture and run), hyper-economical vehicle to mitigate the world's 1.25 million road deaths each year, the Spira4u went on to become a finalist in the Automotive XPrize. It was never intended to run against the world's biggest universities and brightest minds – it was always intended for production. Now it's there and seeking to license its design across the globe.
Image Gallery (15 images)
Automotive XPrize finalist Spira4u has begun pilot production in China of both an electric and a gas-powered version of its distinctive and hyper-economical three-wheeler. The above picture shows six 10 kW electric and six fuel-injected 150 cc Spira4us being prepared for shipping. The car-scooter three-wheeler has finished emission testing to meet United States EPA requirements and approval is expected within a month.
The electric version weighs in at around 190 kg (420 lb) and the gas (internal combustion engine) version weighs around 200 kg (440 lb) while both versions share the same honeycomb composite chassis and a body made of fiberglass with recyclable lightweight foam body panels. It's the same shape as it was six years ago but the entire construction of the Spira4u has been rethought with new construction techniques and newly available composites.
The Spira4u's soft foam body panels are something quite unusual in the automotive space – it means that a parking lot touch by another vehicle does insignificant damage, with the outer layer being up to 8 inches thick at the front and four inches thick on the sides and rear. The shock absorption qualities of the EPP foam make it much safer in an accident but primarily make up the aerodynamic shape of the vehicle and give it another unique attribute amongst roadgoing vehicles – it floats. Indeed, such is the buoyancy of the vehicle with its composite honeycomb and foam structure that a lightweight amphibious version is under development.

With two motors and a total power of 20 kW (26.8 hp), the lightweight Spira4u is understandably very fast. "We've modified the programming of the controller so that it doesn't spin up the wheels from standstill," says Spira4u's Lon Ballard, "but everything can be changed and we're also happy to share the controller program with the buyers so that they can tweak it to their liking."
With one 10 kW motor and the standard 144 amp battery pack, the Spira4u's range is approximately 225 kilometers (140 miles), though an additional battery pack can be fitted at a cost of around US$3500, which will double the range to 450 kilometers (280 miles).
The electric Spira4u comes with several advantages over the gas-powered version, most significant of which is that it has a reverse gear and a rear-facing camera, while the gas version has neither.
Apart from the tiller steering, the controls of the production Spira4u function primarily like those of an automobile, with the foot brake operating all the three disc brakes and a foot-operated gas pedal.

There are some interesting benefits of the Spira4u for apartment dwellers and those with restricted parking space at home or work. The light weight of the Spira4u means that the front of the vehicle is easily picked up, and a special pad is being built into the back of the vehicle so that it can be parked upright. "We've found that we can fit eight Spira4us in a single parking spot by parking them that way," says Ballard.
The Spira4u will be shown at the NAIAS show in Detroit next week where Ballard is hoping to find potential dealers in the United States and manufacturing licensees around the world.
Product page: Spira4u

Primera Trio sells for US$399.95 and is available for pre-order in selected stores worldwide now (Photo: Erick Mack/Gizmag.com)
Image Gallery (10 images)
Unless you add "3D" to the mix, printers aren't often worth getting very excited about nowadays, but printer manufacturer Primera Technology has revealed what it reckons is the world's smallest and lightest all-in-one printer at this year's CES. The Primera Trio weighs 1.2 kg (2.7 lb), is compared by the firm to the size of a hardcover book, and can run from an optional battery pack.
The Primera Trio is an inkjet printer, and takes color or monochrome cartridges. It can print on up to A4-sized paper at up to 4,800 dpi. A4 is fed from the primary 10-sheet feeder, while postcards, invitations and photos can be printed using the secondary 10 x 15 cm (4 x 6 in) rear feed.
The printer measures 29 x 4.8 x 16.51 cm (11.4 x 1.8 x 6.5 in), which is certainly very small, though Brother's Pocket Jet 6 printer measures just 25 x 5.5 x 3 cm (10.04 x 2.17 x 1.18 in). However, you'll note that Primera rates the Trio as the world's smallest all-in-one printer, and we certainly can't remember seeing anything with more petite proportions.

The Trio scans in full color or monochrome at 600 x 600 dpi. It also features a print head that rotates into the "up" position when ready for use, or folds back down and stores away safely to prevent cartridge ink leaking or drying while in transit.
The Trio is launching with a few accessories, and Primera offers an optional battery pack that promises up to 100 printed pages on a single charge. The firm is also selling an optional vehicle mounting bracket and 12 V/USB power cords for in-vehicle printing. The Trio can be personalized with optional top covers in silver, white, pink and blue.
Primera Trio sells for US$399.95 and is available for pre-order in selected stores worldwide now, with an estimated shipping date of February.