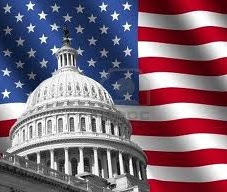 
Fox News has just learned that the Pentagon and Capitol Building are being evacuated after a reported 5.8 magnitude earthquake was felt in the Washington area.

NBC reports that the quake was centered nine miles from Mineral, Va., which is 100 miles south of Washington, D.C.

Says Doug Kammerer, meteorlogist with the NBC affiliate in Washington, calls the tremor a "very big earthquake for our area."

There have been no reports of injuries or widespread damage.
Publicado por cecilio benito alas en 8:14 p. m.