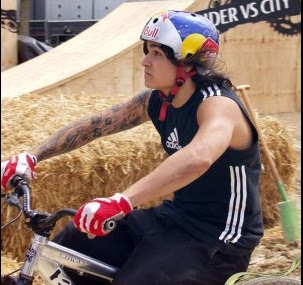 andreu lacondeguy riding during crankworx slopestyle at whistler,followed by willow,shooted day by day till the finals day,filmed and edited by willow,enjoy it!!

The most ground-breaking gravity fueled mountain bike festival in the history of all things badass. Nine action packed days featuring the sport's most fearless and talented athletes. A war for freeride glory in the only coliseum qualified for such prestige - the air and stunt infused dirt of the world famous Whistler Bike Park.

GoPro presents the Red Bull Joyride, where the track was designed in collaboration with riders at the Kokanee Crankworx Mountain Bike Festival 2011. Brandon Semenuk, Kelly McGarry, Mike Montgomery, and Darren Berrecloth give us a guided VIP tour of this infamous slopestyle competition.