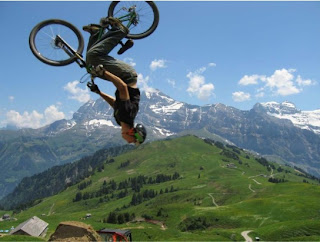 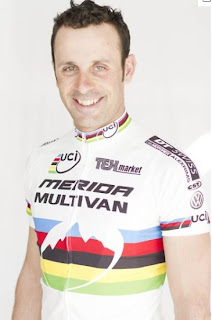 
UCI Mountain Bike and Trials World Championships: titles to be decided in Champéry

The world’s best mountain bike and trials specialists will converge on the Swiss resort of Champéry next week for the 2011 UCI Mountain Bike and Trials World Championships.

Some 840 athletes from 49 countries have entered for the mountain bike races, which will see nearly all the big names that have dominated the season so far battle it out for the ultimate glory: the World Champion’s rainbow jersey.

Five of the six 2010 Elite World Champions (four-cross, cross-country and downhill Men and Women) will defend their titles during the Championships, which run from August 31st to September 4th.

Only Australia’s Caroline Buchanan, 2010 four-cross World Champion, is missing from the line-up. However last year’s silver medallist Jana Horakova (CZE) will be looking for gold as will Anneke Beerten (NED) who dominated the UCI World Cup this year with four wins in five events. Melissa Buhl (USA) and Lucia Oetjen (SUI), who finished 2nd and 3rd respectively in the World Cup will also be present in Champéry.

In 2010, the Czechs made a big impression in the men’s four-cross competition with two medals: Tomas Slavik (gold) and Michal Prokop (bronze). Both will be in the starting blocks next week, as will Australia’s Jared Graves, silver medallist at last year’s Worlds in Mont-Sainte-Anne and winner of the 2011 World Cup.

For the cross country specialists, this edition of the World Championships is the last before the 2012 London Olympics.

In the women’s competition, reigning World Champion Maja Wloszczowska (POL) will be up against Irina Kalentieva (RUS), who won silver last year and finished third in the 2011 World Cup. Catharine Pendrel (CAN), 2nd in the World Cup this year, is another strong contender.

It promises to be a nail-biting battle in the men’s cross-country with more than a few in with a very good chance of gold. While Spain’s José Antonio Hermida Ramos will be defending his title, he is well aware that the Czech Jaroslav Kulhavy, 2nd in Mont-Sainte-Anne last year, is going to be extremely fired up after his win in the 2011 UCI World Cup. Switzerland also has a strong line-up including Nino Schurter, 2nd in the World Cup this year. Julien Absalon (FRA) and Burry Stander (RSA) should certainly not be ruled out of the running.

The downhill competition will close proceedings on Sunday. Reigning World Champion Tracy Moseley (GBR) will be a strong favourite after her World Cup win this year. However, she is faced with a formidable French field including last year’s silver medallist Sabrina Jonnier and bronze medallist Emmeline Ragot. Their compatriot Floriane Pugin, 4th in the World’s last year arrives in Champéry having clinched second place in the World Cup, while Myriam Nicole will be out to prove that her win in the final World Cup round in Val di Sole last weekend was no flash in the pan. They should all watch out for Great Britain’s Rachel Atherton, 2008 World Champion, who is never far from the action and finished third in this year’s World Cup.

The three medallists from last year’s Elite Men cross-country World Championships will all be at the start in Champéry: Australia’s Sam Hill, Canada’s Steve Smith and South Africa’s Greg Minnaar, who also finished 2nd in the 2011 World Cup. Gwin Aaron (USA) missed out on a medal in Mont-Sainte-Anne last year, finishing fourth, but will be in a confident frame of mind after his overall win in the 2011 UCI Mountain Bike World Cup.

At the Grand Paradis in Champéry the next round of the 2010 UCI Mountain Bike World Cup XCO was held. A huge crowd saw thrilling racing at the spot of the Valaisian Alpes which will host the 2011 UCI Mountain Bike World Champs.
the Swiss riders used their "home advantage". The women's and the men's races were won by Swiss riders. Nathalie Schneitter in the women's Elite and Florian Vogel in the men's categorie.