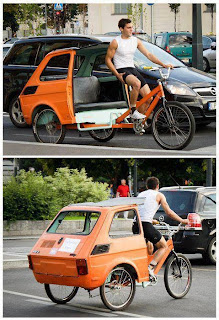 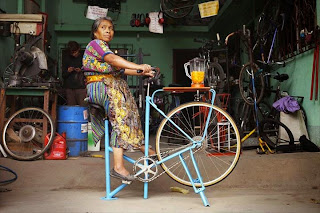 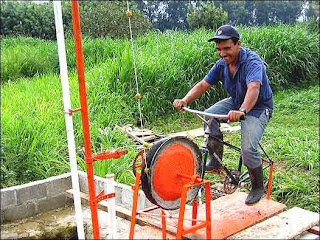 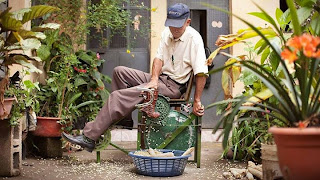 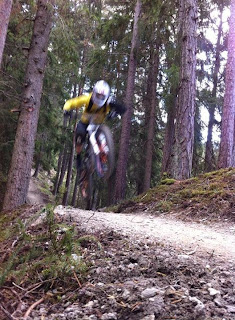 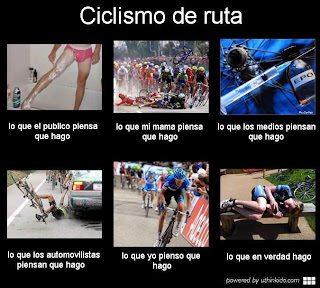 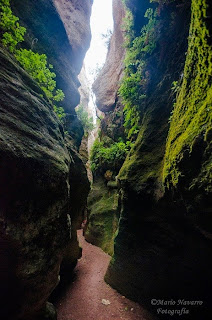 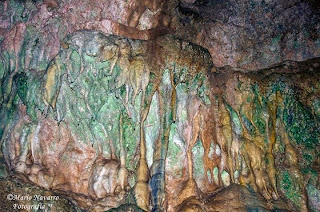 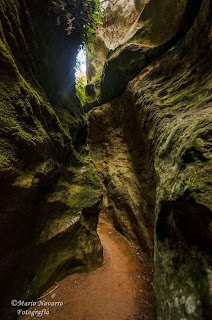 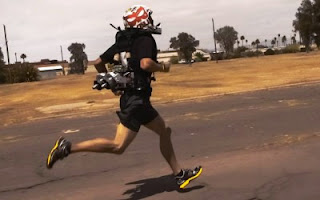 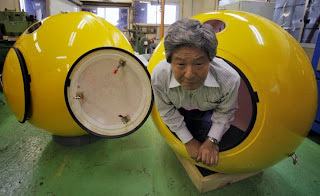 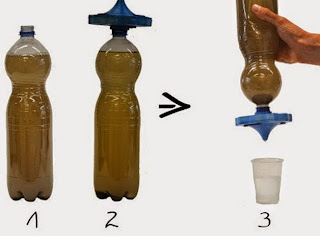 The idea is simple and innovative: a filter that can be attached to any plastic bottle and turns contaminated water into drinking water in a matter of seconds. The Swiss student Jeremy Nussbaumer is responsible for the invention, called DrinkPure. It’s ideal not only for travelers, hikers and campers, but the main goal of this project is to help supply drinking water to populations in remote areas.


Filters based on activated carbon already exist in countless different models and prices to provide drinking water. With this new product, the tendency to reduce the waste will only increase. Made from recycled material, the filter adapts easily to a common plastic bottle and works in three simple steps: polluted water passes through a prefilter that removes dirt and large debris; The water then passes through a layer of activated carbon, where odor, heavy metals and chemicals are retained. Finally, a pore membrane retains all the bacteria, resulting in clean, drinkable water.

The idea not only serves to replace a mere glass of water, but also avoids many other things. Among them are the effects caused by contaminated water, particularly in countries with poor sanitation. DrinkPure aims to be produced locally, which further lowers their cost, making it accessible anywhere in the world.
The project is in the Indiegogo crowd funding website, where it earned US$ 60,000 beating the initial US$ 40,000 goal​​. 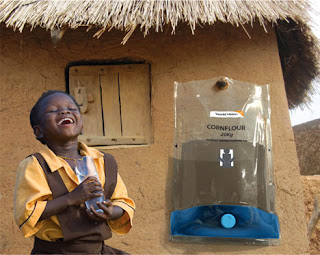 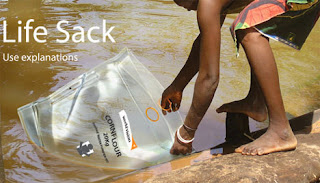 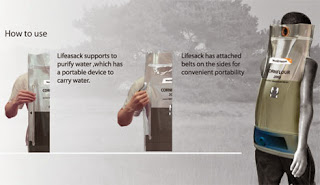 Grain Sack That Doubles as a Solar Powered Water Purifier for the Third World
July 29th, 2014 By Lara Lopes
-

Outraged by the existence of so many starving communities with no access to clean water in many poor countries, three Korean industrial designers – Jung Uk Park, Myeong Hoon Lee and Dae Youl Lee – created a special bag that initially is used for delivering the food sent by the UN and international NGOs to those in need. The idea is that these organizations replace conventional bags with a Life Sack to ship grains and other food staples to these people. After the food is stored, the bag works as a water purifier.

The container uses Solar Water Disinfectant Process (SODIS) technology to kill organisms in the contaminated liquid through thermal treatment and UV-A-radiation, which easily penetrates the PVC easily. An internal filter is able to remove all microorganisms bigger than 5 nanometers. To get an idea of this filter’s efficiency, the bacteria that causes tuberculosis is 200 nanometers in size.

More than 4,000 children die everyday as a result of diarrhea from drinking contaminated water; SODIS is a free and effective method for treating water using plastic bottles and the sun’s UV rays to kill pathogens responsible for diarrhea. Simply leave a clean plastic container filled with water in the sun for 6 hours and those bacteria are destroyed, literally scorched.


Considering that some people walk great distances to get water, the Life Sack comes with straps so it can confortably be carried as a backpack. Then they just hang it in the sun and let the magic work itself. 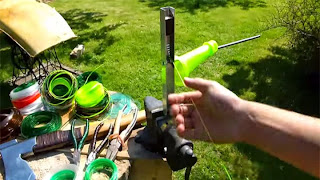 Simple yet genius idea to turn plastic bottles into strong plastic wire
Russian Youtuber, Адвокат Егоров, has demonstrated a simple yet genius idea of turning plastic bottles into a strong usable wire in such a simple way. Almost in the same action as a cheese grater, the blade cuts the bottle at one edge and then it is turned until you are left with a long spool of plastic rope.

Unfortunately, if you don’t understand Russian you won’t have much of an idea of what he is saying, but the process is simple enough to understand from watching and it is somewhat satisfying to watch. You see him pulling the rope the length of his garden until the bottle is finished.You may not need any plastic rope in your life right now but it definitely gives you the urge to try it – it’s so simple! He demonstrates using the rope to bong logs of wood and what’s better, no knots required. Due to the plastic material, the rope can be heated and melted down to provide a permanent hold.Clever ideas for recycing materials are certainly welcome in a world where consumerism is creating so much rubbish and waste, especially for materials like plastic that are non-biodegradable.To top it off, he finishes the video by showing a bow and arrow he made using the plastic rope. So if you thought you didn’t need any plastic bottle wire in your life, you probably changed your mind now huh?