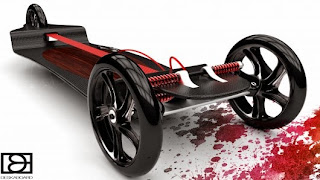 Deska wants to be your "CitySurf" board 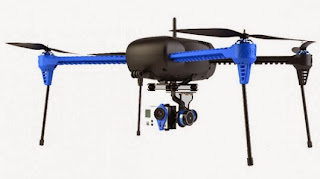 The Iris+ quadcopter can follow a paired GPS-equipped Android device

Last year, 3D Robotics announced its Iris quadcopter drone. Like other similar products, it can either be flown manually using radio remote control, or it can use its onboard GPS to autonomously fly between a series of preprogrammed waypoints. Today, however, the company announced its successor, the Iris +. Its big feature is the Follow Me function, which allows it to automatically fly along above a moving ground-based GPS-enabled Android device. This means that when equipped with a GoPro actioncam, it can get tracking footage of you as you cycle, ski or surf.

It features self-tightening propellersThe Tarot T-2D motorized gimbal mount pans and tilts the camera to keep you centered in th...LED orientation lights are another new feature It's available with or without a GoPro camera
In Follow Me mode, not only will the Iris+ follow you and your Android device, but using its Tarot T-2D motorized gimbal mount, it will pan and tilt the camera to keep you centered in the shot. Additionally, that mount incorporates 2-axis stabilization. The drone can be purchased either with or without a GoPro Hero 3+ Silver edition camera, depending on whether or not users already have a GoPro of their own.

It should be noted, however, that the aircraft does not have any sort of collision avoidance system ... so don't go using it in Follow Me mode if it's going to be flying near things like trees or power lines.

Like its predecessor, the Iris+ can also be flown using an included radio remote control unit, or by plotting a course on a Mac, Windows, Android, or Linux device. Using the free DroidPlanner app on an Android device, users finger-draw the desired flightpath over a map on their device's screen, which the quadcopter then autonomously follows.

Additionally, using the Region of Interest function, the gimbal will keep the camera pointed at one GPS point throughout the flight.

Like its predecessor, the Iris+ can also be flown using an included radio remote control u...
Should the copter fly out of range or run low on power, it will automatically fly itself back to its point of take-off. Depending on payload and flying conditions, one charge of its battery should be good for 15 to 22 minutes of flight time – the presence of the GoPro and gimbal will keep things toward the shorter end of that range.

Other new features on this latest model include self-tightening propellers, LED orientation lights (so you can tell which end is which when it's in flight), an improved power system, and lighter-weight arms and legs.The Iris+ is available now, with prices starting at US$750 – that doesn't include the GoPro. You can see the quadcopter in action, in the following video.


both recently wrapped up very successful Kickstarter campaigns, so it will be interesting to see how they progress against their new rival. 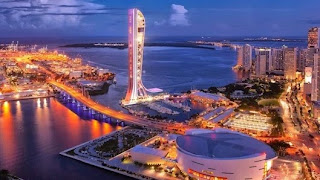 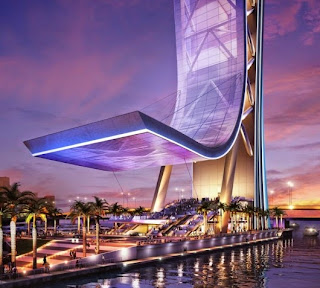