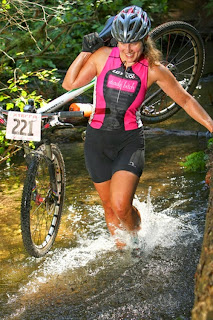 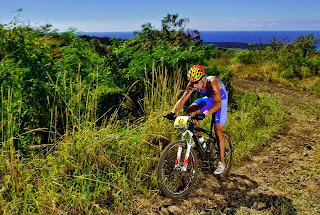 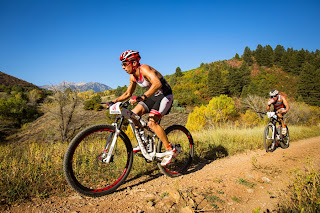 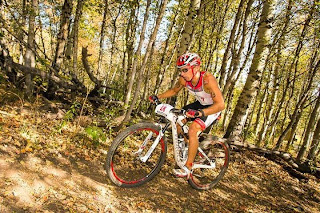 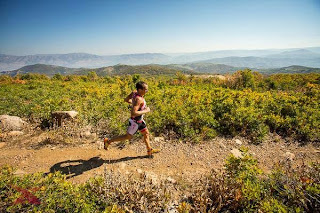 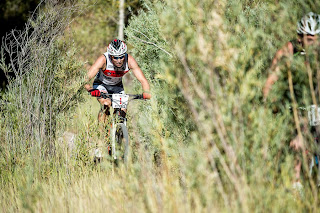 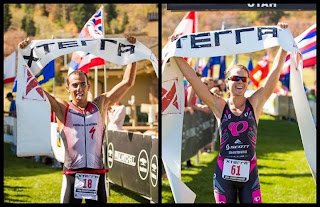 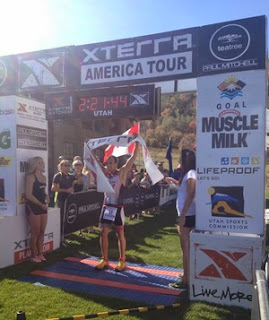 September 11, 2014/in All, Triathlon /
The best-of-the-best in the U.S. will meet at Snowbasin Resort near Ogden, Utah Saturday, Sept. 20th, to determine who will walk away with the coveted titled of XTERRA USA Champion.More than 40 elites including every man in the top 10 and every woman in the top 15 of the XTERRA U.S. Pro Series rankings will toe the line, along with an influx of international stars looking to win big on American soil.

The spotlight in the men’s race is on reigning XTERRA World Champion Ruben Ruzafa, who was a perfect 7-for-7 on the XTERRA European Tour this year, and reigning XTERRA U.S. Pro Series Champ Josiah Middaugh who finished ahead of Ruzafa at this race last year (they went 2-3 behind Leo Chacon).

There are a lot of other contenders in the mix, however, with South Africans Dan Hugo (winner of seven World Tour races this season) and Brad Weiss (2nd in the Pro Series standings), the young-gun Mauricio Mendez from Mexico, and Aussie sensation Ben Allen.

The women’s race sees the return of two-time XTERRA World Champ and reigning USA Champ Lesley Paterson in her first XTERRA of 2014 up against this year’s rock star Flora Duffy of Bermuda. Duffy has been dominant, winning three races on the U.S. Tour, plus the South Africa and Asia-Pacific crowns before finally finishing runner-up to Kathrin Mueller at XTERRA Germany.

Emma Garrard, fresh off her first major at XTERRA England, is America’s best right now along with past National Champs Suzie Snyder and Shonny Vanlandingham. Canadians Chantell Widney and Danelle Kabush always race well in the mountains, as does Carina Wasle from Austria. There’s also a chance that Chilean star Barbara Riveros will make the start list, should she be healthy enough to go next Saturday.

Below is a look at the tentative elite start list for next Saturday’s XTERRA USA Championship race. Rank denotes current position in the 2014 XTERRA U.S. Pro Series.

Congrats to all the National Champs and everyone who competed today. In the pro race, Ruben Ruzafa and Flora Duffy showcased their season-long dominance at the XTERRA USA Championship in Ogden, Utah today. It's the 8th win in a row for Ruzafa, the reigning XTERRA World Champ, and a clean sweep of the XTERRA U.S. Pro Series for Duffy. Josiah Middaugh, Mauricio Mendez, Bradley Weiss, Dan Hugo finished 2-5 for men; Barbara Riveros, Lesley Paterson, Emma Garrad, and Chantell Widney 2-5 women. Full results, story, images and video in the works (and for a recap of the action scroll through the live updates we did on twitter @xterraoffroad)

Ruzafa, the current and two-time XTERRA World Champion, finished in 2:21:47, less than one-minute ahead of runner-up and 2012 USA Champ Josiah Middaugh of Colorado who crossed in 2:22:32.

The difference was the bike where Ruzafa, a former national team rider in Spain, posted the fastest split of the day in 1:18:01, two-minutes faster than that of Middaugh who had the second-best bike time at 1:20:00. Even though Middaugh ran one-minute faster, it wasn’t enough to reel in Ruzafa.

“It was tough. I couldn’t stay with him on the bike,” said Middaugh. “I needed to match him but he doesn’t have any weakness on the bike. You give him 10 seconds and it blows up to a minute real fast.”

Middaugh still won the XTERRA U.S. Pro Series for the second straight year and was the XTERRA National Champ (top American) for the 10th time.

For Ruzafa, it’s his eight straight win of the 2014 season. He won seven straight in Europe to capture the XTERRA European Tour Championship and also won the ITU Cross Triathlon World Championship. The last time he didn’t win was here in Utah last year, when he crossed the line in 3rd place behind Leo Chacon of Costa Rica and Middaugh.

“This race was important to me because last year was really hard,” said Ruzafa. “I wanted to come back and do well here and happy that I did. I came here two weeks early and studied the bike course, memorized all the turns so I could go as fast as I could. I really like Utah, the people and the mountain.”

“It’s a dream come true, I’m so happy,” said Mendez. “I know there is a lot more work to do but I’m still proving to myself that I can do more than I think.”

The day started with Ben Allen leading the way in the swim with Mendez right behind, but at the four-mile mark after the first big climb through Wheeler Canyon Mendez got gobbled up by Ruzafa and Middaugh and when Brad Weiss and Dan Hugo came by Mendez jumped on board for the ride. By the bike-to-run transition it was Ruzafa, two minutes to Middaugh, then five minutes later Weiss and Mendez 3rd and 4th. The speedy Mendez quickly moved into third and stayed there through the finish.

The 6-thru-10 spots were filled with breakthrough performances highlighted by Brad Zoller’s best XTERRA in 6th, then Cody Waite, Craig Evans, Chris Ganter, and Alex Modestou.