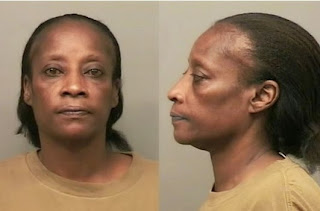 CLARKSVILLE, Tenn. – A Clarksville woman has been charged with killing a bicyclist with her car and then leaving the scene.

Phyllis L. Taylor, 53, is accused of causing the early Monday morning wreck that claimed the life of Vince A. Freeman.Roadway evidence indicated Freeman was riding his bicycle eastbound in the eastbound shoulder of Tiny Town Road near Needmore Road at 12:15 a.m. when he was struck from behind by a blue Jaguar, according to Taylor's arrest warrant.

Freeman was pronounced dead at the scene. He was not wearing a helmet, police said, but an investigator said it was unlikely that would have made a difference in the outcome.The car left the scene before officers arrived.During a canvas of the area, Officer Harry Hampton located a blue Jaguar and spoke with Taylor.Taylor granted access for police to look at her car, and damage to the vehicle was consistent with the wreck. Parts were missing from the car consistent with the color and type recovered at the scene, the warrant said.Officers also saw what looked to be human hair embedded in the windshield, the warrant said.Taylor allowed officers to view her cell phone, and text messages were on the phone regarding the wreck.

"Had an accident last night with a deer, totally messed up my Jag," the text message said. "I'm out here now trying to price some windows for the front. I'm good but it's not looking good."Witnesses reported seeing Taylor driving shortly after the collision time and making statements that she had struck a deer.Taylor, who gave a 2825 Brewster Road address, was charged with vehicular homicide, leaving the scene of an accident-death or injury, failure to yield right of way, failure to carry license, failure to comply with financial responsibility (insurance). She was booked into the Montgomery County Jail Wednesday afternoon. Her bond is set at $1.1 million.

EARLIER: Bicycle rider killed in hit and run in Clarksville 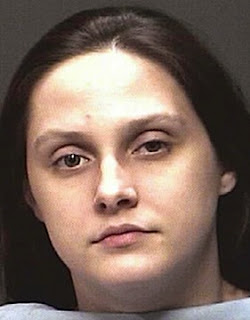 Police arrested Nichole Jacinto, 23, at her apartment. (Source: Tucson Police Department)
TUCSON, AZ (CBS5) -
A Tucson woman was arrested after a bicyclist was struck and killed by a car while riding in a bike lane early Thursday morning.

A witness who saw the crash just after midnight followed the vehicle and provided police with a description and location, police said.

The 58-year-old victim was riding south in the bike lane of Oracle Road when he was struck from behind near Jacinto Street, police said. He was taken to a Tucson hospital, where he died.

Jacinto was booked into the Pima County Jail on one count of second-degree murder and leaving the scene of a fatal collision.

Police said Jacinto exhibited signs of intoxication and she was tested for driving under the influence, the results of which were not known.