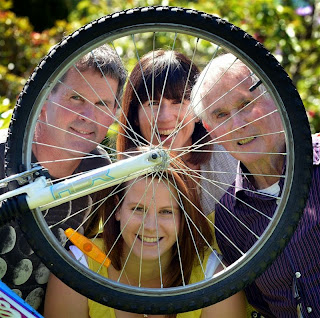 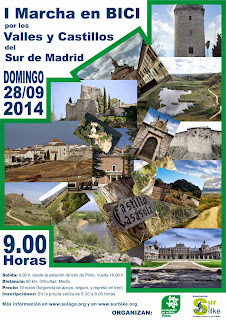 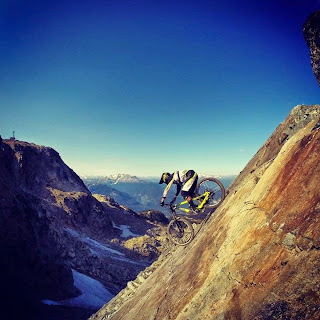 The road to Mont Blanc 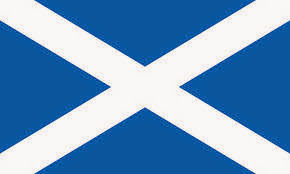 The Future of Scotland will be in your hands
Today we are getting the chance of a lifetime.
We are offered the choice to decide what we feel is best for us and Scotland.

Do we vote NO and humbly accept our fate as a minority group in the UK with governments we haven't voted for?
- or -
Do we vote YES and use this opportunity to take responsibility for our own affairs and have a little confidence that the people living in Scotland will know what is best for Scotland?

What will we tell ourselves, our friends and our children 10 years from now?

"I voted NO, because I was afraid of change. I believed Westminster's warnings were in OUR interest. I thought the lack of cooperation from the UK Government was because the plans suggested by the Yes campaign seemed impossible. I trusted Westminster's politicians to give us more powers."
- or will you say -
"I voted Yes, because I felt that we could do so much better than we are led to believe. I was fed up of being intimidated, bullied and bribed by people with a personal and hidden agenda to save their own skin. As an Independent Nation, we can try to create a more peaceful, fair and just society."


With an Independent Scotland, we can shape our own future.
For one day it's all in our hands, please make sure you make the most of it!

Why vote NO for Scottish Independence?
One of the most heard reasons why people are thinking about voting NO at Scotland's Referendum for Independence is that they would like to leave everything as it is.

While this may not be the outcome whether we vote Yes or No, may be irrelevant. There are many claims and warnings by experts from the No Campaign that it is very difficult and time consuming to become an Independent Country. Maybe there is just too much hassle in becoming independent and too much uncertainty about the future?

10 Reasons to vote NO for an Independent Scotland
If you agree with 10 of the most heard reasons, opinions and comments from No-voters listed below, then you probably feel most comfortable by voting NO at Scotland's Referendum for Scottish Independence. Please be aware of our cynical notes with each of these reasons, we wouldn't want anyone to think that we agree with these reasons.

If you're still undecided then perhaps you should take the test first. Find out, which vote would be the most beneficial choice for you. What to vote YES or NO?
http://www.independentscotland.org/content/what-to-vote-at-scottish-referendum.htm
Move all powers to the Scottish Government
1. Believing England and Scotland are better off together

After countless of struggles, wars and disagreements between England and Scotland, both countries have finally been united since 1707 under the Acts of Union. Before that the two countries had already shared a monarch since the Union of the Crowns in 1603, when King James VI of Scotland inherited the English throne. Yes, there are cultural differences and different political views, but it's in the interests of both countries to be kept united under 1 government.
Find out more: Better Together
http://bettertogether.net/blog/entry/the-union-is-a-scottish-invention

YES may lead to worse
2. Unsure about the future after Independence

Some people are scared how an Independent Scotland will change their day to day lives. Yes, things may improve and become better, but the change itself feels overwhelming and daunting. The YES campaign cannot provide any guarantees. However you are aware that change is probably also going to happen with a NO vote and the current powers of the Scottish Parliament may be taken away.
Find out more: BBC
http://www.bbc.co.uk/news/uk-scotland-scotland-politics-25847084

Some people are not sure what they would benefit from it personally. Although experts supporting the Yes Campaign claim that Independence will create more jobs, be better for Pensioners, people with children and people in need of better Healthcare, some voters are still not sure if it would improve things for them as an individual.
Find out more: Scotland's Referendum

http://www.scotreferendum.com/questions/what-will-independence-deliver-for-me/
Doubt support for EU
4. Doubtful about supporting the EU

You believe the EU doesn't seem to be beneficial for the UK. The UK may decide to withdraw from the EU altogether. The UK would become independent of the EU again. You are under the impression that the UK pays more into the EU than it gets back, without anything in return.
Find out more: Wikipedia
http://en.wikipedia.org/wiki/Proposed_referendum_on_United_Kingdom_membership_of_the_European_Union

You believe Scotland cannot make it on its own. We just have over 5 million people and a large land mass. However did you know that other countries with the same population or land mass have been going independent in Europe are thriving? Especially the countries using the 'Scandinavian model'.
Find out more:Scotland 2060
http://scotland2060.wordpress.com/
and The Guardian

You don't believe Scotland should have more powers or you trust the Westminster's politicians to give Scotland more powers in the future.You're willing to take the risk however that powers could be stripped away in the future and funding could be decreased.
Find out more: Scotland's Referendum

You are happy with a Tory Government or perhaps even a future UKIP Government at Westminster. You believe that the choices made by the UK Government in the past have been in the interest of Scotland.
Find out more: Scotland Votes
http://www.scotlandvotes.com/westminster

Vote to become United
8. Scotland costs more than it generates

Does Scotland cost more than it generates? The UK Government is making everyone believe that Scottish people are financially worse off after independence. If this is true, why are they desperate to keep Scotland in the union even if it costs them so much money? They probably don't mind to financially support Scotland well into the future -or- the UK government isn't totally honest about it.
Find out more: The Wee Blue Book
http://theweebluebook.com/economy.php

The vast income and revenue from oil in the Scottish part of the North Sea is too much to spend for a small country like Scotland. You find it fair to share these vast resources with the rest of the United Kingdom and benefit both from the wealth and revenue.
Find out more: Oil of Scotland
http://www.oilofscotland.org/

For some the world seems more threatening every day. You may find it true that by building Nuclear Weapons we are more able to protect ourselves against our enemies. An independent Scotland would disarm Nuclear Weapons and spend most of its Defense budget on helping people in need, keep providing free education and support childcare.
Find out more: Wikipedia
http://en.wikipedia.org/wiki/Nuclear_weapons_and_the_United_Kingdom

Which choice would be most beneficial for you?
After reading these 10 reasons above you may still be convinced that voting NO is best for you. However you may still have doubts or you're just afraid of change.

You can easily find out which chouce would be most beneficial for you by checking out our Voting Indicator and taking the test.