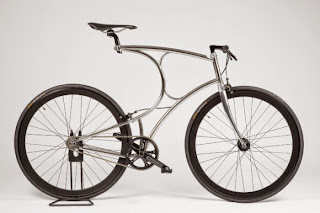 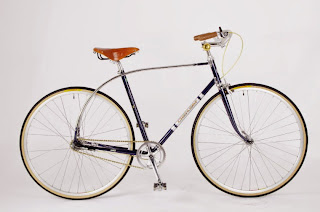 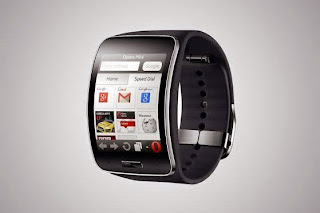 When Harassment of Bicyclists and Pedestrians Is a Crime
Kansas City, Missouri, is the latest city to pass legislation prohibiting drivers from "intimidating or injuring" walkers and bikers.

I was riding my bike on the shoulder of a busy road in a quaint town in coastal Maine when it happened: A car full of young men rode up alongside me, shouting lewd insults. That was unnerving enough. Then, as they passed me, just inches away, one of them slapped me on the rear end. They howled with laughter, the driver gunned the engine, and they left me in a cloud of dust and gravel.

I pulled over as calmly as I could. My hands were shaking and my heart was pounding. Amazingly, I had been able to stay on the bike and keep riding a relatively straight line. But the alternative kept flashing through my mind: The bike flipping over and my body being thrown into the roadway, where another driver would have almost certainly hit me.

Now Kansas City, Missouri, has joined a small group of municipalities, Los Angeles among them, that have passed ordinances specifically addressing such harassment.

The Kansas City ordinance [PDF] was carefully designed to avoid potential challenges based on the right to free speech under the First Amendment. It prohibits certain actions aimed at “intimidating or injuring” people on bikes, on foot, and in wheelchairs. Explicitly listed among those actions are throwing objects or swerving a vehicle toward such a person, threatening, and “[placing] such person in apprehension of immediate physical injury.” Penalties could include fines up to $500 and as much as six months in jail. (Service animals are also covered by the ordinance.)

It says a lot about the default car-centric nature of our communities that this type of legislation would be necessary, but there it is. Many people in Kansas City turned out to testify in its support, detailing their own experiences with harassment. This is just part of the culture of the American street.

In some media outlets, the notion of aiming your car at a person on a bicycle or on foot, or of honking to alarm them, is a matter of good old-fashioned fun. On a Washington, D.C., talk-radio show in 2010, host Tony Kornheiser complained about road cyclists in that city, suggesting that to deal with the annoyance they pose, “You tap them. I'm not saying you kill them. I'm saying you tap them. Tap them once.” Earlier this year, Washington Post columnist Courtland Milloy wrote, “It’s a $500 fine for a motorist to hit a bicyclist in the District, but some behaviors are so egregious that some drivers might think it’s worth paying the fine.”

To some, the notion of aiming your car at a person on a bicycle or on foot is a matter of good old-fashioned fun.
In California, where cities including Los Angeles and Berkeley have passed anti-harassment ordinances tailored to protect bicyclists in particular, advocates have argued that they are necessary because too often, overburdened prosecutors don’t do anything about reports of threatening and dangerous behavior unless serious injury results. The Los Angeles and Berkeley ordinances differ from Kansas City’s in that they make harassment of people on bikes a civil offense, allowing bicyclists to go directly to civil court in order to pursue their claims.

As one attorney put it, writing on L.A. Streetsblog, “It is merely a recognition that that criminal enforcement of harassment and battery laws that currently outlaw certain behavior is essentially non-existent given that LAPD and the City and District Attorneys are government agencies of limited resources (time and money), and Los Angeles is a city home to almost 3.8 million people.”

In practice, another attorney writes [PDF], the effectiveness of the L.A. ordinance, which was passed in 2011, is limited. Without video evidence of the incident, it can be tough to make a harassment claim, and even with that kind of documentation, proving intent is another significant hurdle.

Still, the passage of this type of legislation reveals a shift in attitude toward non-automotive road users in general. The Los Angeles ordinance was just one element in a package of municipal policy moves—including better education of cops on laws regarding cycling and the construction of hundreds of miles of bike lanes—designed to make the city’s streets more bike-friendly.

In the case of Kansas City, the current legislation begins with this premise: “WHEREAS, Kansas City wants to encourage modes of transportation other than motor vehicles….” It’s a bold statement, in its way.

True, it’s not going to change the current car-centric reality overnight, and some things just can’t be legislated. "We’re not going to pass any law that unjerkifies someone who wants to be a jerk," Kansas City’s city attorney Bill Geary was quoted saying in the Kansas City Star. That’s as it should be.

But as the law acknowledges, there’s a difference between being a regular jerk and being a recklessly dangerous jerk—one who, like those guys on that road in Maine, endangers another human being’s life. Just for a laugh.