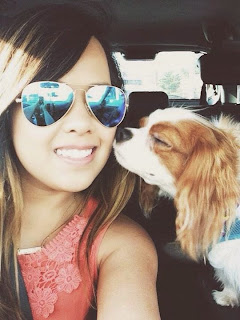 Nina Pham is the nurse who contracted the Ebola virus and is being treated in Dallas, a close family friend has confirmed to NBC News Monday.

Pham is the first patient to contract the disease while on U.S. soil, according to the Centers for Disease Control and Prevention, which said the transmission resulted from an unknown “breach of protocol” in treating Thomas Eric Duncan when he returned to Texas Presbyterian a second time. On Monday CDC director Tom Frieden clarified that he in no way meant to place blame on the stricken nurse.

"This is a very brave person who put herself at risk to do something good for society, and is now ill," he said.


Pham, 26, is a 2010 graduate of the Bachelors of Nursing program at Texas Christian University, according to Lisa Albert, a spokesperson for the school. The four-year program prepares nurses to serve as “liaisons among doctors, patients and other members of the health care team,” according to the school website. Dangerous infectious disease work is not a part of the core curriculum, nor is it offered as part of the school’s standard suite of courses.

Pham passed the Texas Board of Nursing registration exam in 2010, according to state records, but she didn’t receive her certificate in Critical Care Nursing until Aug. 1 — less than two months before Duncan arrived at Texas Health Presbyterian critically ill with Ebola. Duncan died last week.

A critical care nurse deals specifically with “life-threatening problems,” and patients who are “vulnerable, unstable and complex, thereby requiring intense and vigilant nursing care,” according to the website of the American Association of Critical Care Nurses, the body that certified Pham.

CDC Chief: We Have to ‘Rethink’ Ebola Infection ControlNBC NEWS

Almost nothing is known about Pham’s work prior to Duncan, nor what her role was in his care, but critical care certification requires a minimum of 44 weeks of “direct bedside” work on an acutely ill patient, including at least 21 weeks of critical care work in the prior year. That experience is certified by a supervisor.

The three-hour exam itself is heavily focused on professional judgment, including how to respond to sudden changes in a patient’s status or health. According to the AACN’s outline of the exam and an AACN online review course, however, there are no questions on dangerous infectious disease.

Dr. Ezekiel Emanuel on Ebola: ‘We have to step up training’TODAY

Pham lives with her Cavalier King Charles Spaniel in a beige brick apartment complex in a leafy section of north Dallas. On Sunday, friends told the Dallas Morning News that she is a loving, highly motivated nurse who lives to care for others. “The family is very dedicated and go out of their way to help people,” Tom Ha, who taught Pham in a bible class, told the newspaper. “I expect, with the big heart she has, she went beyond what she was supposed to do to help anyone in need.”

She also has a sense of humor, at least judging by her Pinterst account. It includes a page of “Nurse Things," all of them faux-antique signs with one-liners about the profession. “If I collapse at work, here is a list of doctors I don’t want to work on me,” reads one of them. Underneath it Pham wrote, “True story.”