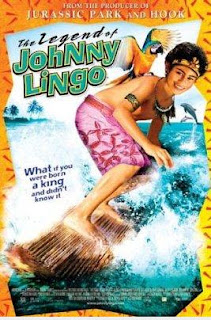 Plot Summary for
The Legend of Johnny Lingo (2003)
When a storm washes a canoe bearing an infant boy ashore upon a small South Pacific island, he is at first well-received as a gift from the heavens, even to the point of the tribal chief adopting him as a successor. However, with time as hardships are blamed upon Tama (as he is named), he is finally outcast to live with the poorest people on the island, Mahana and her drunken father. Mahana is considered homely and undesirable, but Tama feels differently, so when he is old enough to build a craft to sail away, he vows to return for her one day. A lucky stroke brings him to land upon the island of the legendary Johnny Lingo, the wealthiest trader in the islands, and after years of service to him, Tama has learned much about life and himself as he dreams of honoring his pledge to Mahana. Written by Brian Greenhalgh
Publicado por cecilio benito alas en 11:48 a. m.