peak races
We are an organization dedicated to breaking all limitations in order to fully experience the human spirit. If you are looking for a catered training we recommend that tri thing they do in Hawaii. We seek participants who want to change their life forever through experiencing anything is possible.

Friday is all about riding hard and fast - 5 hrs of it during the day and then getting out for a night ride after dinner. Saturday we hit the trails again and get dirty in some of the best maintained trails in the area. Sunday back in the saddle for the 2 Gap road ride. And that's all in addition to pancake breakfast. Meet at the general store of Pittsfield at 7:00 am Friday Saturday and Sunday before we head out. This is an annual event.
http://www.camps.peak.com/calendar/2010/september/#43

A 100 mile insane day of Brand New crazy single track and secret dirt roads in the green mountains. We meet at the general store on Saturday at 7:00 am and then head out. If anyone is feeling frisky we will get you a start and finish time so you can have bragging rights to being one of the first to complete a 100 miles on a mountain bike in the mountains of Vermont. This is an annual event. 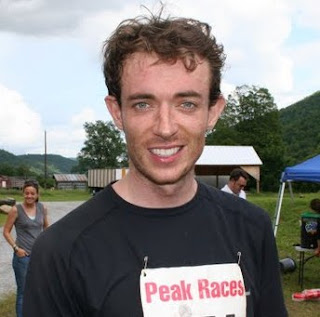 Richard Lee, a 27-year-old ex-Royal Marine, was walking the Appalachian Trail with his girlfriend when they arrived in Pittsfield, Vermont, to collect a food parcel. A couple of hours later, he had signed up for the Death Race, a 24-hour test of extreme physical and psychological stamina (competitors sign a waiver, "I might die", hence the name). Despite having a limited experience of adventure racing and only four days to prepare, Lee led the event from the start and finished joint first with a US Marine, Tom Worthington.


What exactly does a Death Race involve?

It's been going for a few years and what you have to do completely varies every race. There's a 24-hour time limit, and you know there will be about 14 tasks, but you have no idea what you will be asked to do until you arrive at the checkpoint. The tasks tend to incorporate the community: if there's an old farmer and he's got 500 logs that need to be chopped, then task number three is to chop 50 logs each. Last year there was a lady who had a truck-load of manure that needed to be moved, so they made them move it by hand. And then they will throw some crazy ones in there, like making you crawl 200m along a drainage ditch through barbed wire and stinging nettles. That's not helping anyone there.

What is the psychological element?

There was one task where you had to hike to the top of this brutal hill - and at this stage you were carrying an axe, a bike and a tree stump - and when you got there you had to memorise the names of the first 10 presidents of the United States. At the bottom you were tested and if you got any wrong, you had to go back to the top. It was especially hard for me because I didn't recognise any of the names, but some people had to go back three times.

It sounds like they are trying to break you.

There are a lot of mind games. They make it very easy to give up: they never tell you how many tasks you have left and when you reach each checkpoint there are lots of people standing there who are nice and warm and have hot cups of coffee. This year about 50 people started and I think maybe five or six people finished within the time. I finished 10 hours ahead of some people and I was sat at a barbecue watching a fireworks display when we saw some people come past. They had three tasks to go and one of them was to climb up a waterfall with a bucket full of rocks.

How did your Marine training help?

The Death Race was very tough but if you have done a couple of years of training similar to the Marines you will be surprised by what you can actually do. Most people at the point of exhaustion go: "This is my limit." It may be your mental limit but it's definitely not your physical limit. You can keep going.

How did you specifically prepare for the race?

Everyone had these amazing food gels and power bars, and we turned up with a bag of Pringles and some bananas. At one point, I hadn't eaten anything in three hours and I was at the point of hunger where you're getting dizzy. So I rooted around my backpack and found an energy bar, but it was half open and it had been in with my fuel bottle from when we were camping and had kerosene all over it. But I was so hungry I ate this bar and I had the worst stomach ache for an hour afterwards. Every time I burped it tasted of petrol.

How did you come to finish tied for first?

I had a huge lead until the last task, which was carrying a five-gallon bucket of water up a mountain without spilling it. But my lead started to diminish because I hadn't eaten anything and then I ate the energy bar with kerosene on it. So I slowed down a bit and then I got lost, and when I got back to the junction this other guy had caught up. He'd been told it was the last task, and so we agreed to do it honourably and split the winnings. I had this massive open wound in my back from where my axe had been digging in, so a sprint finish probably wasn't the best idea.

How did you relax the next day?

I took the day off to recover and then in the evening I kicked a bench so hard that I broke my metatarsal in my left foot. My small toe was hanging off to the side at 90 degrees and I looked at it and thought, "Good grief." So I got my girlfriend to pull it back into place and we used masking tape to secure it. But I couldn't really sleep and woke up in the morning in agony. So I went to the doctor and he put it back into place and put a traction splint on it. I've had a week off and now I'm ready to start the 2,175 miles of the Appalachian Trail again.

• For more info on the Death Race, visit http://youmaydie.com.