A ROAD rage bus driver who used his bus as a weapon to knock over a cyclist sobbed as he was jailed for 17 months. Gavin Hill got into a heated exchange with keen cyclist Phillip Mead after cutting in front of him onto St James Barton roundabout in Bristol. .-.-..-.-.-.-.-..-.-. 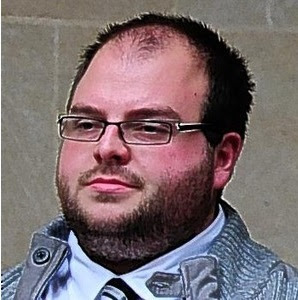 Driver used his bus as a weapon against cyclist in Bristol

A ROAD rage bus driver who used his bus as a weapon to knock over a cyclist sobbed as he was jailed for 17 months. Last month the Evening Post exclusively reported how Gavin Hill got into a heated exchange with keen cyclist Phillip Mead after cutting in front of him onto St James Barton roundabout. ​Road rage bus driver who 'used vehicle as a weapon' is jailed at Bristol Crown Court

As images from CCTV footage showed, the sequence of events that followed the argument were truly horrifying. Around 8.30am on April 5 last year, there was an altercation which saw the cyclist park his bike against the front of the bus, and tug at one of its windscreen wipers, The two then carry on, but Hill suddenly swings his bus out to draw level with Mr Mead and then lurches sharply to the left, sending the cyclist hurtling to the ground. Horrified onlookers gather round to help the stricken 43 year-old, who suffered fractures to his left wrist and leg, which needed to be plated, and to his thumb.

Hill, 29, of Slipps Close, Frome, pleaded guilty to dangerous driving and causing grievous bodily harm. At Bristol Crown Court yesterday Judge Mark Horton told him: "This was not an accident, it was an assault, deliberate dangerous driving. "You used that vehicle as a weapon to bully and intimidate the cyclist who, in the end, was struck by that bus." Hill was disqualified from driving for two-and-a-half years and ordered to pass an extended driving test. He tearfully mouthed "I love you" to his sobbing family in the public gallery as he was taken down. Richard Posner, prosecuting, said in April last year Hill had been driving for Bugler Coaches for ten months. Mr Posner said there was an incident on the St James Barton roundabout. Mr Posner said: "Mr Mead indicated his displeasure. "He banged on the back of the bus and words were spoken as Mr Mead passed by the driver. "Mr Mead stopped his bike in front of the bus, he leant the bike on the front and he remonstrated with the driver about his driving." The court heard after words were exchanged, bus and cyclist moved off with father-of-two Mr Mead cycling slowly in front of it, before the driver swerved into him.

Police attended to find Mr Mead being treated by paramedics and Hill was arrested at the scene. Mr Mead suffered several fractures and permanent scarring, the court was told. He gave a victim personal statement saying how he had felt frustrated, angry and depressed after the incident, and guilty about the impact it had on his wife and family. He said how his employer was able to modify his workplace to suit his needs while recovering. Timothy Rose, defending, said: "This was a moment of madness, a moment of snapping, but it has had dramatic consequences for the victim. "For Mr Hill it has meant the loss of his job and the loss of driving." Mr Rose said it wasn't disputed that his client had lurched the bus towards the cyclist, after a degree of provocation. He said the cyclist had decided to stop the bus and had "flipped back" a windscreen wiper whilst his client stayed at his seat. The court heard that, after the collision, Hill stopped the bus and asked for witnesses. Earlier Mr Mead, a computer programmer, told the Evening Post: "I think he meant to brush against me and give me a fright. "I don't think he set out to break my bones, or at least I like to think not."

Gerald Creed, managing director of Bugler Coaches, said: "We were deeply shocked when we heard of this incident and once we had established what had happened Mr Hill was immediately dismissed as we did not want him driving one of our buses ever again."

http://www.thisisbristol.co.uk/Driver-used-bus-weapon-cyclist-Bristol/story-15254244-detail/story.html .-.-.-.-.-.-.-.-.-..-. cyclist´s revenge Why would someone need a mirror, when not in use it? i dont get why you think the cyclist is in the﻿ wrong. he is considered a vehicle right? he was behind the car and he switched lanes before the car in front of him. then the car decides to switch lanes when the cyclist is in the left lane already. when you switch lanes you're supposed to look back and he did not which means the car is in the wrong and the mirror smashing is justified.