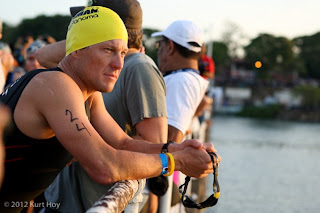 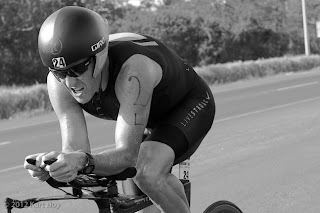 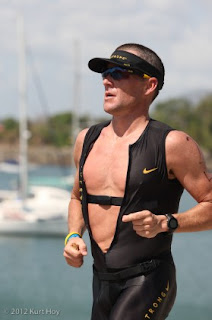 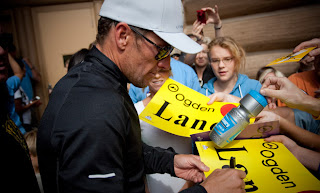 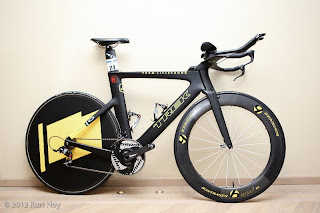 Before hopping on a plane to compete in his first 70.3 in Panama on Sunday, Lance Armstrong graced the triathlon media with a call to discuss his newly-announced level of participation in the sport. Not only will he be racing a number of 70.3′s, but he’s got his sights set on Ironman France and the world championships in Kona. Here are a few highlights from our conversation with the seven-time Tour de France champion. Don’t miss Jay Prasuhn’s Op-Ed on what this means for the sport, here.

The test in all this begins on Sunday in Panama. I have to be very conservative. I’ve never even done a half-Ironman before. It wouldn’t be prudent for me to have huge ambition or goals in terms of performance at this stage. I just need to go in and feel my way through it.

I swim and run with others, but I tend to ride alone, or with our Bontrager Livestrong team. Some of the other athletes I swim with include James [Bonney], Brandon and Amy Marsh, Patrick Evoe, and some former UT swimmers. I run a couple of days a week with a group of runnners and triathletes.

Jimmy Riccitello is definitely mentoring me. It’s an exciting project but also daunting. There’s lots of stuff I’ve completely forgotten or that has changed, whether it’s equipment or training. For example, I had a long dialogue with Greg Welch yesterday just getting some background on people. With this race on Sunday, it will be good to know just where I might fit in.

I’m most worried about anything run-related. It’s the one I’ve been away from the longest. In adding volume and intensity comes injury. The one thing that could derail all of this would be a nagging injury I couldn’t get over. The run is the most important part of this thing. In golf they say you drive for show and you putt for dough. In tri, you bike for show and run for dough—I’ve gotta get that run or I’ll be a middle-of-the-packer.

With this in mind I’ve tried to ramp up intensity once a week, and do longer runs once a week. Those runs not only are getting easier and easier towards the end, but the after effects—at night or the next morning—are not a problem. Typically with plantar fasciitis you have a lot of pain. I don’t have that anymore, and hopefully—and I say that with a view in the rearview mirror as I had with other things in my life—it won’t come back.

I’ve made the mistake before in thinking the swim was a relevant part of the race. I’m not saying it’s irrelevant, but all that extra effort staying at the front of the pack, it’s just not worth it, over staying in a pack of 20 or so and waiting for the bike and the run.

It’s important to remember that I basically have a full-time person for physical therapy, massage, etc. That’s the stuff I’ve been blessed to have around me with the team. In terms of what triathletes can do for themselves, you can go on any running blog and see the simple steps people take: the roller, tennis ball, not walking around barefoot … I’ve done all of those things, and it’s seemed to work for me so far.

When you get into that marathon, every pound matters. As my running has ramped up my body weight has come down. In the tours I’d start at 164-165 pounds. For these long events, Ironman France and hopefully Kona, I’d have to be back down to that.

I don’t have a great answer. That’s why I’ve said I need to be very conservative and feel my way through this. And what I’ve heard is that this is very different than a full Ironman. You have to consume enough to power the body, but it has to be a consumption you can tolerate. In Kona every year, 50 percent of competitors said they had stomach issues. I’m fully aware and respect it completely, but I don’t think I have the answer. We’re talking about a four-sport event here: swimming, biking, running, and eating. If you screw up the last part, it’s done.

The pre-race hype surrounding today’s Ironman 70.3 Panamá triathlon focused mostly on the fact that seven-time Tour de France winner Lance Armstrong would be making his first start in a road triathlon in more than 20 years. Although they didn’t get quite as much pre-race attention, there were other important stories taking shape. Who would take advantage of the early-season opportunity to earn important Kona Pro Ranking (KPR) points? How would two-time Olympic medalist Bevan Docherty fair in his first half-iron distance race in 12 years? Would Leanda Cave show the same great form that led to her first Ironman victory in Arizona at the end of 2011? How would the heat and wind of Panamá affect the outcome? All of these questions were answered.

Men’s Race
American Matty Reed, who was the most outspoken about his concerns that Armstrong would receive an unfair advantage with a media circus surrounding him on the bike, led the men out of the Panama canal and into T1. His blazing 1.2-mile swim time of 18:49 came with the help of a current. The time didn’t give him much of an advantage as four men, including Bevan Docherty and Rasmus Henning, were right on his heels. Armstrong turned in the 10th fastest swim of the men, exiting in 19:22 and just ahead of fellow super cyclist Chris Lieto.

It was France’s Bertrand Billard, not Lieto or Armstrong, who pushed the pace early on in the bike. Just 12 miles in, Billard had built a lead of 1:40 over the chase group. About halfway into the bike Armstrong and Lieto took charge, leading the effort to catch the Frenchman. Also in the group with the fast-riding Americans were Henning, Richie Cunningham (AUS), Docherty, Oscar Galindez (BRA) and Romain Guillaume (FRA). Eventually Armstrong, Lieto and Galindez broke away from the rest of the group as they continued to pursue Billard. Billard’s effort on the 56-mile bike course proved to be too much, as Lieto caught him in the final stretch.

It was Lieto leading early efforts on the half-marathon course, with Billard and Armstrong chasing close behind. Billard faded quickly and eventually dropped out. Armstrong’s seemingly conservative effort on the bike paid off. At about three miles into the race Armstrong passed Lieto to take the lead. Armstrong held onto to the front position for the majority of the 13.1 miles, but the win was not meant to be his. A fast-running Docherty passed Armstrong in the final mile of the race to post a run split of 1:12:50 and take the win in 3:50:13. Armstrong’s 1:17:01 half marathon earned him second, finishing just 42 seconds behind Docherty. Cunningham earned the final podium spot thanks to a well-rounded day.

Women’s Race
On the women’s side the race started out with several women exiting the water together. Cave led the charge into T1, thanks to a swim time of 20:10. Close behind her were the United States’ Kelly Williamson, the Czech Republic’s Radka Vodickova, the United States’ Dede Griesbauer, Germany’s Nina Kraft, Denmark’s Michelle Vesterby, Canada’s Tenille Hoogland and the United States’ Bree Wee. One of the pre-race favorites, Magali Tisseyre (CAN), had the bad luck of a flat right out T1. With no technical support in sight, Tisseyre dropped out of the race.

As she always does, Cave paired the stellar swim with an equally impressive cycling effort. Her 2:29:13 bike split was easily enough to give her the lead heading onto the run. The only woman to bike faster than Cave was Canadian Angela Naeth, giving her the second position into T2. Next off of the bike were Belgium’s Tine Deckers and the United States’ Margaret Shapiro. Cave ultimately faded, giving Naeth the lead.

The women’s race would ultimately come down to who had the best early-season fitness. Naeth’s 1:21:44 run split was the second best of the women. She crossed the finish line in 4:15:31 to take her second 70.3 title. Williamson posted one of the fastest run splits of the day, men or women, to earn second in 4:19:11. Shapiro, who spends most of her time racing on the ITU circuit, finished in third.