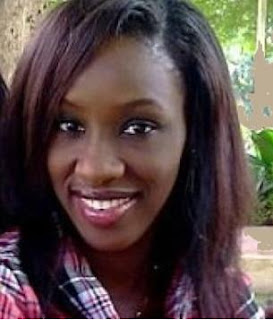 A hotel maid, Nafissatou Diallo, who says IMF chief Dominique Strauss-Kahn tried to rape her was due to testify before a New York grand jury on Wednesday, as the French presidential hopeful faced growing pressure to resign.

A lawyer for the 32-year-old African widow dismissed a suggestion by Strauss-Kahn's defense counsel that the incident at the luxury Times Square Sofitel last Saturday might not have been a sexual assault.

"There's nothing consensual about what took place in that hotel room," attorney Jeffrey Shapiro told NBC's "Today" show, adding he believed she would testify "at some point today."

The arrest dashed Strauss-Kahn's prospects for the French presidency and raised broader questions over the future of the International Monetary Fund. Developing countries, looking to a succession, have questioned Europe's hold on the post.

The United States, the IMF's biggest shareholder, said Strauss-Kahn was clearly unable to go on running the global lender from a prison cell, whatever the legal outcome.

"I can't comment on the case, but he is obviously not in a position to run the IMF," Treasury Secretary Timothy Geithner said on Tuesday, calling for an interim head to be named.

European Commission President Jose Manuel Barroso said Europe would naturally put forward a candidate to replace him if Strauss-Kahn decided to step down.

Germany, which wants a European to keep the job, said the IMF should deal with its immediate leadership internally and it was too early to discuss a successor to Strauss-Kahn.

French officials said John Lipsky, the IMF's American number two, whose term expires in August, would represent the Fund at next week's Group of Eight summit in Deauville, France.

China, Brazil and South Africa questioned Europe's right to the top job but Europeans said it made sense for them to retain the post while the Fund plays such a crucial role in helping to ease the euro zone debt crisis.

Strauss-Kahn, who denies the charges, is expected to remain in New York's Rikers Island jail, known for gang violence, at least until his next court appearance on Friday, when lawyers may again request bail. Any trial could be six months away.

If convicted, he could face 25 years in prison. A law enforcement source said he had been placed on suicide watch, but purely as a precautionary measure.

In the U.S. legal system, a grand jury convenes in secret to hear evidence and decide whether to indict the defendant.

In the only public hint of Strauss-Kahn's possible line of defense, his attorney Benjamin Brafman told his arraignment hearing on Monday: "The evidence we believe will not be consistent with a forcible encounter."

However, Shapiro said his client, an asylum seeker from the West African nation of Guinea with a 15-year-old daughter, told Reuters she had not been aware of Strauss-Kahn's identity until a day after the alleged attack.

"She didn't have any idea who he was or have any prior dealings with this guy," the personal injury lawyer said.

"She wants to remain anonymous because she's very much afraid that something could happen to her physically, she feels very threatened by this," he said of the global attention.

An opinion poll in France, taken before his first court appearance on Monday and released on Wednesday, showed that more than half the population believe Strauss-Kahn was set up.

The CSA poll found that 57 percent of respondents thought that the Socialist politician, who had been frontrunner for the 2012 election, was definitely or probably the victim of a plot.

The poll findings highlighted a cultural divide, with French Socialist politicians and commentators denouncing the public parading of Strauss-Kahn, unshaven and in handcuffs, before he has had a chance to defend himself.

New York Mayor Michael Bloomberg agreed such a display was humiliating and would be unfair if a defendant were to be found innocent. "But if you don't want to do the 'perp walk', don't do the crime," he told reporters.

U.S. media have criticized the French for a tradition of secrecy on politicians' sex lives, and for showing more compassion for Strauss-Kahn than for the alleged rape victim, whose identity some French newspapers have published.

The French daily Liberation said the IMF chief had told its editors in off-record comments last month that he had just the right qualities to lead France, notably a calm manner, in contrast to conservative President Nicolas Sarkozy.

"Today I fit with everything the French people want -- recognized competence, calm, international experience," he was quoted as having said at an April 28 meeting.

The IMF said it had not been in touch with Strauss-Kahn since his arrest but it would be important to do so "in due course." Two IMF board sources told Reuters the board would ask Strauss-Kahn whether he planned to continue in his post.

In Strauss-Kahn's absence, Lipsky is temporarily in charge of the institution which manages the world economy and is in the midst of helping euro zone states like Greece, Ireland and Portugal tackle debt woes.

"Given the situation, that bail has been denied, he has to consider that he would otherwise do damage to the institution," Austrian Finance Minister Maria Fekter said.

A European has held the post of managing director since the IMF was created in 1945, and four of them have been French.

French Finance Minister Christine Lagarde is thought to be interested in the post but her prospects have been clouded by a decision this month by a Paris public prosecutor to recommend a full-scale inquiry into her role in awarding financial compensation to a prominent businessman in 2008.

Emerging countries are starting to flex their muscle over who should succeed Strauss-Kahn, who had been expected to leave soon anyway to run for the French presidency.

China said on Tuesday the selection of the next IMF boss should be based on "fairness, transparency and merit." It marked the first time that the fund's third largest member has weighed in so publicly on an IMF selection debate.

South African Finance Minister Pravin Gordhan and a senior Brazilian government official, who asked not to be named, said the next chief should be from a developing country, pressing a case to give emerging economies a greater say in world affairs.

But Brazilian Finance Minister Guido Mantega said the affair should not be used to press for changes in the way the IMF head is picked, telling GloboNews TV the discussion "is too premature at this point" and Strauss-Kahn was "probably one of the best IMF chiefs that we had in the past years."