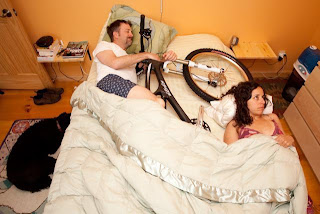 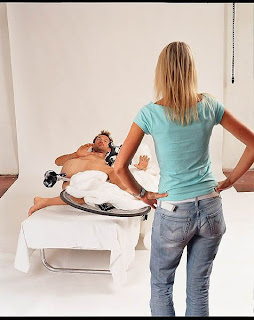 My girlfriend Ginny gets taken to the movie theater to see "Fast Five". After a preview for the Hangover 2, a trailer for a movie comes on. A trailer I made of her father and I where I ask her father for her hand in marriage. After he gives me permission, I race off to the theater she is at to ask her to marry me.
What she doesn't know is our familiy and friends are in the theater with her watching the whole thing, along with about 100 strangers ;-)

Visit our site at: http://www.mattandginny.com/


I have known my fiance Tracey Wade for over 14 years and wanted to propose to her in a very unique way. Tracey thought we were just going to the movies on a Sunday afternoon. Little did she know, I had rented the entire theater and filled it with 160 of our friends and family. I made it seem as though we were showing up a little late to the movie and went in to the theater after the lights had gone down and the movie trailers were already playing. This was done to keep her from recognizing anyone in the theater. What I had done was make an entire movie trailer that had actors portraying both Tracey and I at different times in our lives, both present day and in the future. After a few trailers played including one for Lord of the Rings the one I had made started. Tracey thought it was just another trailer for a movie soon to be released. Tracey was just perplexed as to how many different things had similarities to our relationship, she kept nudging me throughout the trailer. Tracey had no idea this was a marriage proposal until the last three seconds of the trailer.

Nine months earlier in September of 2006 I started by hiring a professional production team, securing two and a half million dollars (FOR FREE) worth of film equipment (THANK YOU PANAVISION, THEY DONATED THE EQUIPMENT FOR THE SHOOT), and writing a script that would show what would go through someone's mind (Tracey's) if they were about to die. It is said "moments before you die your life flashes right before your eyes". JUST A NOTE: Ever since Tracey was a young girl, she has had a reoccurring dream that she was going to die in a plane crash. Actors were cast to portray both Tracey and I at different times in our lives (twenty years in the future as well as present day).

The explanations of the flashbacks are as follows:

HORSE JUMPING - Tracey has been an avid equestrian her entire life, both competing and teaching professionally. The location that we filmed, was the exact location Tracey won in, back in 2006.

DODGER STADIUM - Tracey and I have season tickets to the Dodgers. We both grew up in L.A. and are big baseball fans.

SKYDIVING - On Tracey's fathers 70th birthday we both went skydiving for the first time. The plane in the trailer is the same plane we jumped out of in real life. The actress portraying Tracey even wore the same jumpsuit.

KITE FLYING - This was filmed in the exact location Tracey and I have flown a kite before.

FISHING - When Tracey and I fell in love; we were down in Cabo San Lucas, Mexico. One of our greatest memories in Mexico was chartering a boat and going marlin fishing. In the movie trailer both actors were wearing the exact same clothes, both Tracey and I were wearing when we went fishing. As a side note this scene was actually shot on location down in Cabo San Lucas.

RUNNING ON THE BEACH - Tracey and I had one of our best days ever on this exact beach near San Diego.

SAILING - I own a sailboat. Both Tracey and I love sailing. The exterior shot was not my boat, but the closes up shots were actually filmed on my sailboat.

AIRIAL SHOT OF BEACH AND HOTEL - This was the actual place we stayed in Cabo San Lucas, Mexico. It is our very favorite place. Tracey always thought I might one day ask her to marry her there.

PROPOSAL LOCATION - Same hotel as mentioned above. This one area at the hotel was our very favorite spot.

It took me a few months, but I finally came up with a decent, original idea to propose. Using a box, wood, some cloth, some rope, a diamond ring, and a large load of sheer manpower, I made a move to seal the deal. ENJOY.
Publicado por cecilio benito alas en 7:07 p. m.