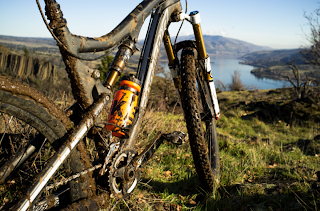 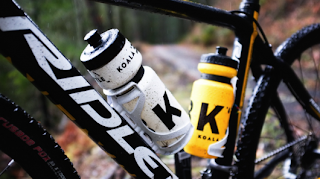 Koala Bottle, the story of inspiration, a vision, and innovation

Koala Bottle is a multipurpose magnetic bottle system that attaches to a bike and tethers to much, much more. The video is presented by PULL: Brand Stories and was filmed in Columbia and Cayce, SC on November 1, 2012. Visit http://www.KoalaBottle.com, @KoalaBottle


The standard bicycle water-bottle-and-cage system is pretty tried and trusted. That said, at one time or another, just about every cyclist has dropped their bottle on the road when they didn’t put it back in the cage properly ... or perhaps they’ve even wiped out, because they were distracted by trying to remove or replace the bottle. That’s why Anthony Goldman created the Koala Bottle system, which uses magnets to keep the bottle attached to the bike.


The system consists of a normal-looking water bottle with a metallic ring around its neck, and a polycarbonate bike-mounted cradle with two integrated curved magnets at the top. When the bottle is held close enough to the cradle, the ring is drawn to the magnets, causing the bottle to suck into place against the cradle with a satisfying “click.”

Because the cradle is completely open along the top, users can simply reach straight down to remove or replace the bottle, instead of having to first slide it out of a cage.

As noted in a report on BikeRadar, Goldman isn’t the first person to put magnets to such a use. Vincero also makes a magnetic water bottle system, although it requires the use of a specific bottle, which must be replaced in a specific orientation in order for the magnet to engage. Anthony’s system uses ordinary plastic bike bottles – the rings can even be purchased on their own, and applied to existing Specialized bottles. Additionally, the ring has no one side that has to be lined up with the magnets.


As can be seen in the promotional video below, Goldman invented the system when he was in hospital, being treated for a serious cardiac problem. “I knew that I had to do something with my life, and I got tired of having good ideas and not following through,” he said.

Another interesting alternative to sliding a bottle in and out of a cage – besides using a hydration pack – is the the BlueDesert H2Bike. It’s a handlebar-mounted drinking hose that’s attached to a regular cage-mounted bottle.