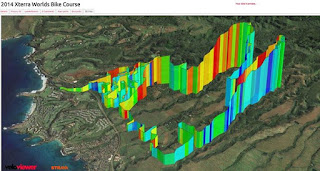 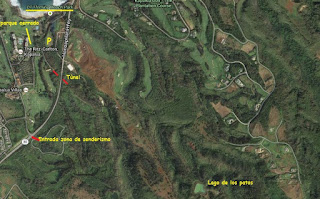 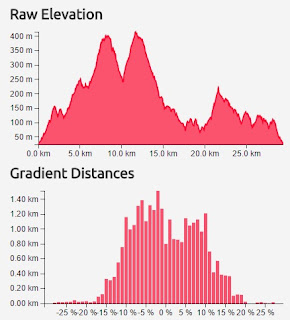 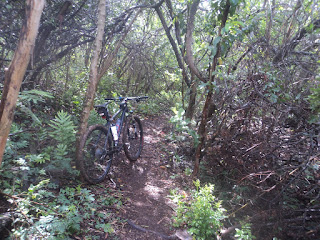 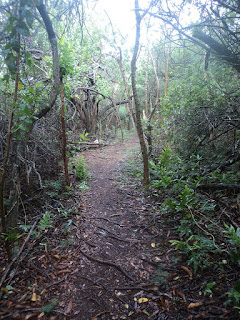 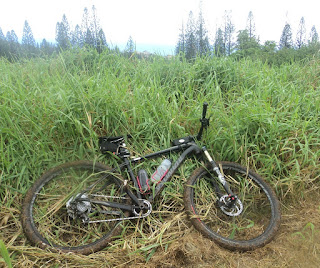 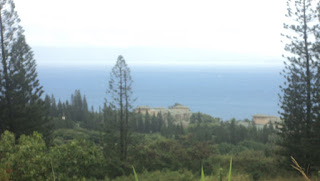 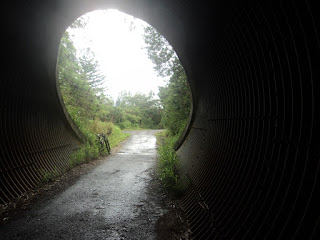 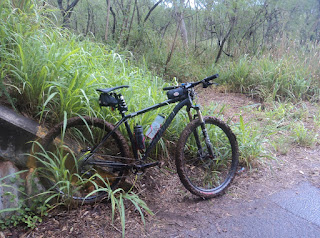 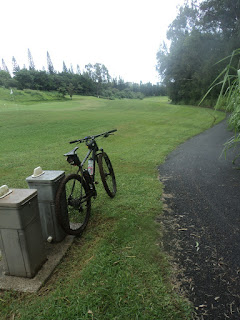 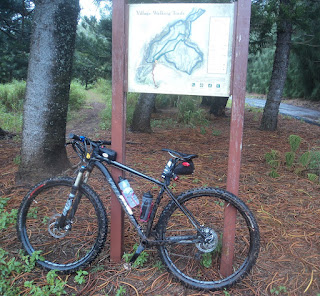 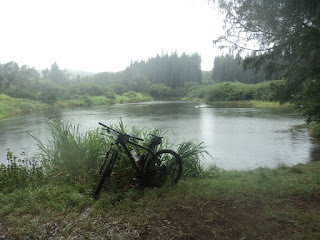 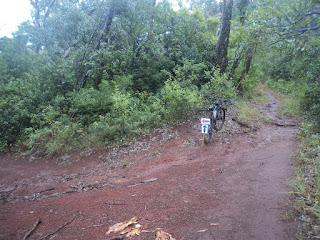 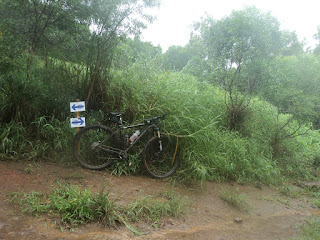 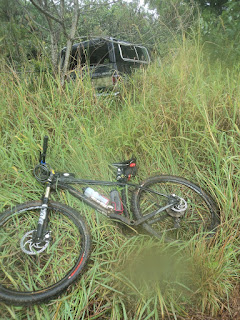 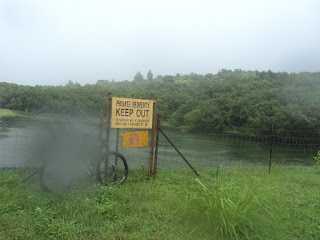 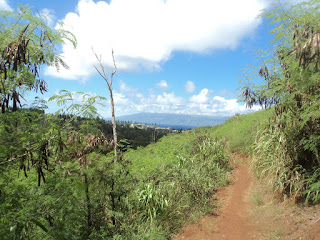 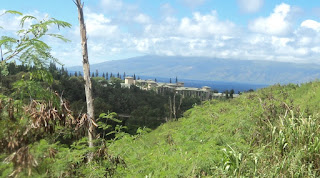 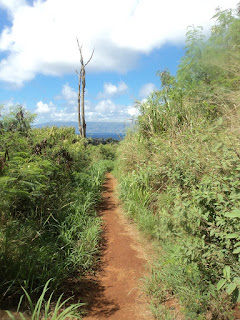 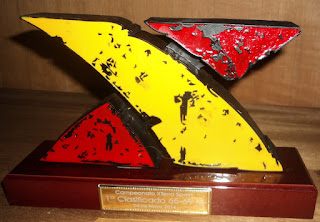 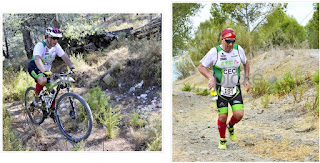 October 16, 2015/in All, All Triathlon /by XTERRA
The excitement is building for the 20th edition of XTERRA Worlds, which is now just two weeks away on November 1 in Kapalua, Maui.

The 2014 XTERRA World Champions Ruben Ruzafa and Flora Duffy are back to defend their titles and are clear-cut favorites to win again, but not in the 19-year history of XTERRA have both the men’s and women’s winners repeated. Could this be the year?

Ruzafa has won an unprecedented 15 straight XTERRA majors since winning Worlds in October of 2013. The Spanish sensation also won his second-straight ITU Cross Tri World title this year, and if someone doesn’t work some magic in Maui he’ll wrap up another perfect season and his fourth XTERRA World Championship.

“I don´t see this race like I’m a three-time XTERRA World Champion, all that is in the past now,” said Ruzafa. “I’m going to Maui like if I had never won a title before. I feel good now. I’ve tried to arrive to this part of the season as fresh as possible. The first week after the ITU Triathlon Cross Worlds I rested a little to recover. Since then I have trained hard and specifically for Maui. My favorite part of the Maui course is the first and final kilometers of the bike. It´s inside a forest, with infinite turns, sometimes with mud, sometimes with sand, with steep climbs and fast downhills. You must keep your concentration there.”

“I love Maui. I like the beaches, with different colors in each part of the Island. I love the Haleakala Volcano, to go to the top and enjoy the sunset. The waterfalls and the jungle road to Hana. I like the peace of the Island. Really, Maui is magic.”

As for the competition Ruzafa said, “In Maui you never know. There are always surprises. I try to not focus my mind on anybody, because each triathlete goes to Maui to get the XTERRA World Title, and each of them has been best preparing for it.”

Ruzafa will face an impressive collection of title-chasers that includes 11 men who collectively captured 22 of the 26 championship titles on the XTERRA World Tour this year, plus four of the top five in Maui from last year.

Leading the charge is Josiah Middaugh. He won the XTERRA U.S. Pro Series three straight seasons, has been the top American at XTERRA Worlds seven times, and finished 2nd to Ruzafa last year and 2nd to Javier Gomez in 2012.

Braden Currie, the adventure racing king of New Zealand, promises to put up a good fight and has had impressive wins over Middaugh and fellow Kiwis Sam Osborne and Olly Shaw this year. The Aussies are in good standing too with Ben Allen, who has finished 3rd in Maui each of the last two years, and two-time Olympian Courtney Atkinson who has as good a finishing kick as anyone in the field.

“Can’t get enough of XTERRA,” said Atkinson earlier this week. “It’s exciting to match up against the guys who race off-road and ride their mountain bikes week in/week out. We had a great time in Maui a few years back and it was always something I wanted to have another crack at while still at a professionally fit level. Last time I was there I learned how important the bike leg is in this race. 90mins out there on the challenging bike is really the make and break of this race compared to 20 mins swimming and 40 mins running there isn’t enough distance in the swim and run to make up for such a long ride in comparison. Plus hills! Even if you can run well it doesn’t guarantee that you will run off the bike well after that MTB course.”

Atkinson has an ITU race in South Korea the weekend before Maui, his final road tri of the year.

“Upside is I will be fit…downside is that I am not preparing as much as I would like on the mountain bike or specific to Maui’s sharp hills on the bike. But I will be race fit. Normally the cross over between ITU and XTERRA is a better fit than Ironman to XTERRA as the mountain biking and trail running require power spikes a lot which is similar to ITU racing. Plus, it’s 32c at my home on the Gold Coast today. Hot already for this time of year but still nothing like the humidity of Maui. I don’t mind the heat and I’d say going uphill should suit me better than a technical course but it’s still a different skill riding the steep hills well on the MTB. Let’s just say I need to limit the time I loose on the bike to my best as these guys all run very fast as well!”

Specifically guys like Middaugh and Mauricio Mendez, who posted the top two run splits last year. Mendez, who placed 5th last year in his pro debut in Maui, will be joined by countryman Francisco Serrano, an Olympian who was 2nd behind Ruzafa at ITU Cross Tri Worlds this year.

In the women’s race it’s all about Duffy. Since the start of 2014 she has been near perfect, winning 11 of 12 XTERRA majors and this year’s ITU Cross Tri World Championship. Duffy also had her best year ever on the ITU World Triathlon Series, ending the season ranked 7th which has all but assured her spot on Bermuda’s Olympic triathlon team for the third time.

To keep her Maui crown she’ll have to hold-off a lot of really fast women, including two-time XTERRA World Champion Lesley Paterson who won every XTERRA she entered this year including the European Championship race.

Last year’s runner-up Barbara Riveros from Chile is also back with her blazing run split (fastest of the day last year) and poses a huge threat. For Riveros, XTERRA is her favorite way to combine her love of triathlon with her love for Mother Nature.

“I love nature and XTERRA brings my soul to it,” said Riveros. “Plus, Hawaii is where my sport was born a long time ago so the Islands have a special meaning for me, a special vibe. I love the constant challenging course, mentally, physically, and spiritually. The atmosphere you feel here, it is just unique.”

“I’ve had a good improvement streak and I don’t want it to end,” said Garrard. “Obviously being in the top three is really hard but so is being in the top 5 and I’ve managed to pull that off two years in a row. I don’t think any moms have won this race so I would like to be the first to do that. I don’t have the same level of triathlon experience as a lot of these girls but I did survive natural childbirth!”

Garrard said the climbing, both on the bike and the run, suit her strengths plus “the race in Maui is a little longer and more can happen on the run which I like.”

As for her competition, she knows who the favorites are.

“I have raced against a lot of top triathletes from ITU, Ironman, XTERRA and Flora, Barb, and Lesley have certainly been the hardest to race against. They haven’t won World Championships by chance and the fact they can do well at multiple disciplines of triathlon and mountain biking says something about how good they are. That being said, everyone is beatable. Lesley raised the bar a few years ago, and the bar was already high because of racers like Melanie, Julie, Shonny and Renata who were so strong on the bike. Lesley basically had to learn how to ride as fast as a world cup mountain biker to start winning and that took time but now it is her strength. I think Flora had to do the same but she figured things out a bit quicker. I think it will be a closer and exciting race in the women’s field this year with hopefully a lot of head to head racing regardless of who crosses the finish line first. I know there will be a lot of hype about Flora and Lesley racing each other but I think Barbara is due for a win and if she is close enough on the bike she can take it on the run.”