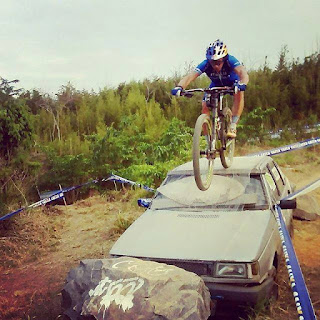 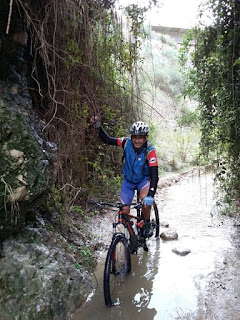 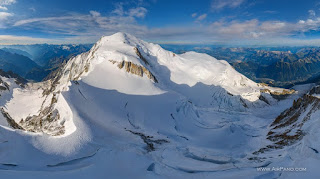 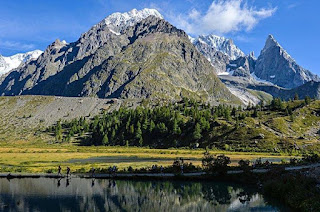 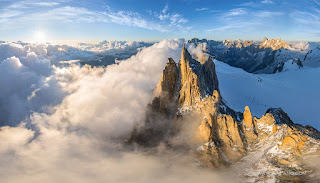 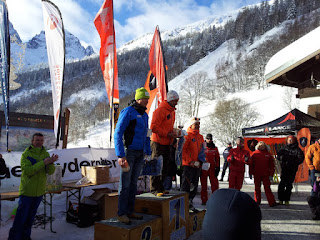 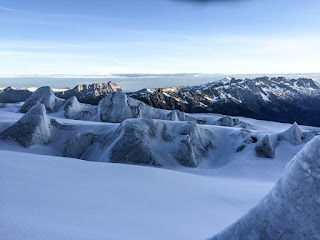 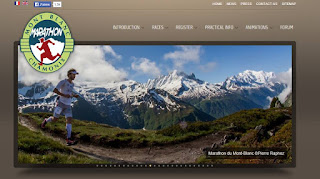 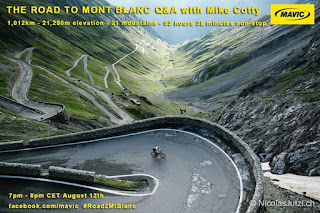 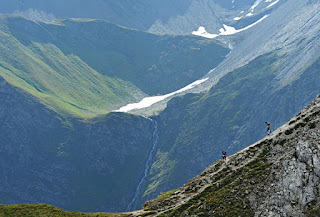 Originating from the French cost of the Mediterranean, not far from Nice, and stretching all the way through the territory of Switzerland, Italy, former Yugoslavia, Germany and Austria, with its end near the Pannonian plain, the Alps are the greatest and most famous mountain range of Europe.

Mont Blanc, being both a separate mountain and a mountain range stretching throughout 50 kilometers, is situated in the very heart of the Alps. The officially recognized altitude of the mountain is 4810 meters, even though it is not stable. Within the period between 2003 and 2007 the height gained 55 centimeters, and two years afterwards it decreased by the same amount. The latest measurements carried out by French scientists in 2015 estimated the altitude to be 4808 meters above sea level. Such deviations are the results of rock movement and ice melting. In spite of all this, Mont Blanc is still the highest point in Europe.

However, even this chart rating may be disputed. The point is that the famous Elbrus measured 5642 meters is situated on the border between Europe and Asia. Thus, when it is referred to Asia, Montblanc is truly the highest peak in Europe, but in case Elbrus belongs to Europe, Montblanc moves to the second place.

As well as Elbrus, Montblanc lies on the border, separating France and Italy. From both languages (Mont Blanc and Monte Bianco) the name is translated as "the White Mountain". Actually, even now the countries can not clarify the ownership of this great natural monument. Formerly, the entire mountain was within the Duchy of Savoy. Later, in 1723 it became a part of the Kingdom of Sardinia. Within the period of the up-coming wars, these lands were continuously passing from one to the other side. In 1861 a demarcation agreement was signed defining Mont Blanc as the border between France and Italy.

The 1860 act and attached maps are still legally valid for both the French and Italian governments. However, due to the development of tourism, both countries are eager to gain the most profitable sections of the mountain surface. And it can't do without some amusing incidents: in 2015 both Italian and French representatives regularly shifted the border-marks up to 100-150 meters, sometimes even using bulldozers.

The first mention about of the Mont Blanc ascent is dated 8 August 1786. Since then the closest towns of Courmayeur (Italy) and Chamonix (France) have been servicing thousands of tourists coming for mountaineering and alpine skis (maybe "skiing"?). In 1965 a tunnel with a length of 11 kilometers carved through Mont Blanc was inaugurated. Connecting two countries, the tunnel has an average traffic of 5000 vehicles per day.

One more outstanding peak of the Mont Blanc Massif is Mont Maudit having the altitude of 4465 meters and separating Rhône-Alpes region in France from the Aosta Valley located in Italy. According to local legends appeared back in the Roman period, the steep gorges of this area were inhabited by spirits and daemons, who used to push huge ice blocks off the slopes while witches were dancing on the top of the mountain. English map-maker and traveler William Windham, who had been exploring this area in the beginning of the 18th century, was so impressed by the ancient myths that until the end of the century Mont Blanc and its satellite peaks were collectively known in French as the Montagne Maudite (Cursed Mountain).

The name of the 3842-meters peak Aiguille du Midi literally translates from French as the "peak of the noon". You'll understand its name when viewed from Chamonix: it almost indicates noon when the sun passes over its summit.

The peak of Petit Dru with the altitude of 3733 meters is considered to be one of the most beautiful and challenging to ascent peaks in the Alps. On the whole, being situated on the territory of three countries - Italy, France and Switzerland - the Mont Blanc Massif has 57 peaks with the smallest one having the altitude of 2374 meters. Though very few of us can success in climbing the mountains, still one can visit the Alps without leaving home - by simply watching our panoramas. 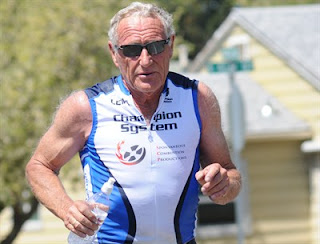 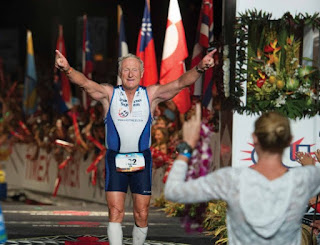 But he’ll be back this year for some unfinished business in the lava fields. Even though he already holds the Guinness World Record as the oldest man to finish the Ironman World Championship (at 82), he tried again last year, and dropped out during the bike leg due to the relentless winds. He earned his 2015 slot at the shortened Ironman Florida in November and hopes to mark his 24th Kona finish.Hollander is pushing boundaries in more than just triathlon, though—his athletic background is in endurance horseback riding, for which he’s in the hall of fame for being the oldest person to ever finish in the world championship, a feat he accomplished again this year. He’s only breaking barriers in age, he points out: “I haven’t sped up at all!” he says. “I can still do the distance, but I can’t do the time or the speed.”

Between horseback riding and triathlon, Hollander was an ultrarunner and completed the Western States 100-mile race in 1984. He was looking for the next challenge when he raced Ironman Hawaii in 1985.A career physicist, Hollander views life through a matter-of-fact, logical lens (which drives his girlfriend crazy, he says), and he sees endurance sports as a vehicle to lengthen his life. “I think I’ll die otherwise,” he says. “That’s a fairly good motivator. I feel one of the bad things about getting in shape is that you can’t quit.”

He exercises about three hours a day, and trains by feel. He joins a weekly group ride and runs almost daily since “I live in a pretty place” (Redmond, Ore.). “I listen to myself—I don’t run on a schedule,” he says. “If I’m not feeling well, I don’t do anything.”

Hollander’s been competing in endurance events for more than 50 years, and even though he’s slowed down, he shows no signs of giving up (or losing his sense of humor). “I used to count the number of competitors ahead of me, and now I count the number of competitors behind me,” he says. “I call that ‘the transition.’”
But he also keeps his races in perspective, following the “mirror principle,” he says. “You look in the mirror and say, ‘Lew, did you do the best you could today?’ And if I can answer myself, ‘Yes,’ that’s all I care about.”

While starting the 85–89 age group in Kona will be an impressive accomplishment, he views it more as simply a test of his own will. “There are guys who are going to run faster than me, there’re guys who are going to run longer than me, there are guys who are behind me, I know that,” he says. “All I have to do is account for the person in the mirror. … Every time you see a [finish] time, you’ll know Lew Hollander did the best he could. I can’t do any better. … I’m happy I’m alive—that’s the main achievement.”


Being an 85-year-old endurance athlete has certainly given Lew Hollander some life experience and earned wisdom. Here are his top two tips for triathletes.Use it or lose it. “All these people say, ‘Aren’t your knees giving out?’ I say, ‘Hell no, I use them all the time! They keep working.’”Go anaerobic every day. “How do you know when you’re anaerobic? When you can’t breathe! … I think some magic things happen to your whole system when you push it to the max.”