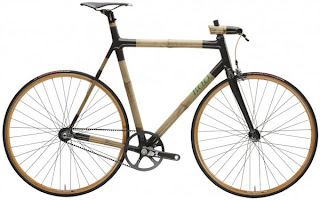 Gates Carbon Belt Drive will have the “largest ever” collection of belt driven bikes available for demo at Interbike’s Outdoor Demo.

The Gates tent will feature at least 30 bike models from at least 18 brands, with up to 40 bikes available for trail and road rides. “Our goal is to give everyone a chance to get on and ride a bike with Carbon Drive. When people ride it, they get
it,” says Todd Sellden, Director of Gates Carbon Drive Systems.

If you’re attending, you can fill in a card onsite for a chance to win the Boo Bicycles’ belt drive fixie shown above, too. And if you don’t win, there’s a consolation prize: Beer from Dale’s Pale Ale, which fields a mountain bike team that races on Spot Brand singlespeeds with Carbon Drive, will be served each afternoon.

The bikes cover the spectrum of categories: singlespeeds, commuter and transportation, fitness, mountain, cyclocross, fixies, e-bikes, foldables. There will be titanium, bamboo, steel, carbon and aluminum belt-drive bikes. The wide array of brands and bike models illustrates the growing popularity of the clean, quiet and strong belt and sprocket system, which requires no lube and little maintenance compared to a chain drive. Introduced at Interbike in 2007, the Carbon Drive System will appear on at least 90 bike models in 2011, twice as many as in model year 2010.
http://www.bikerumor.com/2010/09/10/win-a-custom-bamboo-boo-bicycle-with-gates-carbon-belt-drive/
Publicado por cecilio benito alas en 8:06 p. m.