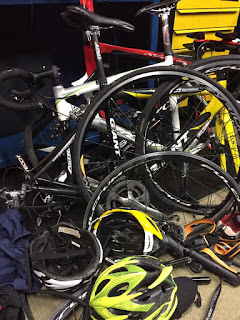 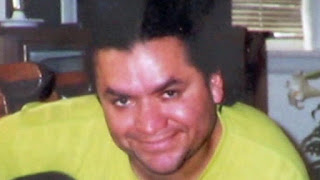 Deputies Christopher Varela & Rodney Anderson murdered a cyclist ( alfonso cerda) in Inglewood, California. They ran him over as he pedaled along on the sidewalk. Rather than immediately call for help once he was stuck under their vehicle, they pretended to be in pursuit to cover up what could have been a mistake. When you fail to get help for a person you run over it is no longer considered a mistake.

The Sheriff's Dept originally told the media that the victim was armed with a gun and pointed it at them. Later when it was determined that was a complete lie, the Sheriff's Dept issued a statement blaming the media for putting out the false rumors of a gun.﻿

After he was killed following a collision with a patrol car, authorities originally said Alfonso Cerda had a weapon


Alfonso Cerda, shown in a family photo, was killed after a patrol car collided with him during a pursuit. Cerda, who was on his bicycle, was originally reported by authorities to have a weapon, a claim that was reversed Thursday.The Los Angeles County Sheriff's Department has reversed its earlier report that a cyclist killed in a collision with a patrol car was carrying a gun.
According to a new statement issued Thursday, the cyclist, Alfonso Cerda of Lennox, was in fact not holding a firearm.
No Weapon Found After Fatal Cyclist-Deputy Collision[LA] No Weapon Found After Fatal Cyclist-Deputy Collision
LA County Sheriff's Deputies say they believed Alfonso Cerda Sr. was carrying a gun when they tried to stop the bicyclist in Inglewood early Monday. Cerda was killed in a collision involving a deputy’s patrol vehicle. No gun was found and his family members say the 45-year-old father of three never carried a weapon. Gordon Tokumatsu reports from Inglewood for the NBC4 News at 5 p.m. on Oct. 8, 2012. (Published Monday, Oct. 8, 2012)
Cerda, a 44-year-old father of three, was riding his bike in Inglewood early Monday morning when two deputies from the South Los Angeles Station attempted to contact him, believing him to be armed, according to a Monday press release from the department.
"While the deputies exited their vehicle, the suspect fled on his bicycle," according to a separate statement also released by the sheriff's department Monday. "Seconds later, the suspect brandished a gun towards the deputies.''
Vigil Held for Man Killed in Inglewood Deputy Pursuit[LA] Vigil Held for Man Killed in Inglewood Deputy Pursuit
Family and friends gathered in Inglewood on Tuesday to remember Alfonso Cerda, who was killed early Monday when he was knocked off his bicycle by a sheriff's patrol car. LA County Sheriff Deputies say they tried to stop Cerda, believing he had a handgun. Family members say the 45-year-old father of three would often carry a flashlight with him when he rode, but never a gun. Kim Baldonado reports from Inglewood for the NBC4 News at 6 p.m. on Oct. 9, 2012. (Published Tuesday, Oct. 9, 2012)
Cerda then took off on his bicycle and the police gave chase before colliding with him, Lt. James Madia of the Inglewood Police Department said shortly after the incident.
The collision took place at about 1:25 a.m. in the 3500 block of West 107th Street (map). Cerda was taken to a hospital where he later died.
A statement released by the sheriff's department Thursday described a different version of events.
"Initial media reports of the event suggested that Mr. Cerda brandished a weapon at the deputies. These reports were inaccurate," the statement said. "No weapon was recovered or was believed to be in Mr. Cerda's possession at the time of the incident."
Sheriff's department officials met with Cerda's family and others on Thursday prior to the statement's release.
Earl Ofari Hutchinson, a civil rights leader who was present at the meeting, said he had urged the department to clarify publicly what happened.
"We thought it was the right thing to do, since obviously there was no gun, that the sheriff move quickly to dispel any notion of Cerda possessing a gun or being involved in any criminal activity," Hutchinson said.
At a vigil organized by Hutchinson on Tuesday, Cerda's son Alfonso Cerda Jr. had disputed the sheriff department's claims.
"My dad never carried a weapon," Cerda Jr. said. "If he was on his bike he had a flashlight, his wallet, and that's it -- and his happiness."
The vigil brought together hundreds of community members as well as Cerda's immediate and extended family, including his parents, who flew in from Mexico.
Civil rights leaders, including Hutchinson, planned a press conference for 3:30 p.m. Friday, calling for additional investigation into the incident.
The sheriff's department has said the civilian-led Office of Independent Review is overseeing an investigation into the incident.
Sheriff Lee Baca "has directed a comprehensive internal review of the incident, which will include a review of current policies, procedures and training," the department said in its Thursday statement.
The Inglewood Police Department's traffic department is also investigating.
Hutchinson said he feels further examination of the incident is necessary, and he wants to see the sheriff's department revisit its policies on force, and how and when stops of both motorists and cyclists are made.
"We think it's very important to be careful about stops on the streets, especially if there's no suspicion of criminal activity," he said.

Source: Friends and family of a bicyclist killed in a crash with an L.A. County Sheriff's patrol car gathered for a candlelight vigil Tuesday evening. They came to remember 45-year-old Alfonso Cerda, a beloved father and brother, and to demand answers about his death. There's a growing memorial with candles, flowers, and a white bicycle at the crash site in the 3500 block of West 107th Street in Inglewood. Cerda's girlfriend, Adriana Ortiz, was on the phone with him when he passed away. She says he called her from a cell phone while pinned under the patrol car. "I have it on my cell phone," she said through tears. "I stayed with him for almost eight minutes, screaming, 'Where are you? Where are you? What happened?'" Cerda was riding his bicycle around 1:30 a.m. Monday when deputies say they thought he pointed a gun at them. They chased after him in their patrol car, and say they accidentally ran over him while trying to pull their car in front of his bike to stop him from fleeing. But family members say they don't buy the deputies' story. "He doesn't do that kind of activity. It just doesn't happen," Christopher Cerda, one of Alfonso Cerda's three children, said. "He's never had a gun, I've never known for him to have guns and it just sounds like they're trying to cover themselves," he added. "Now, it's like, the only time I'll be able to see my dad is when I dream," son Alfonso Cerda Jr. said. "The only time I'll be able to talk to my dad is in my mind." The family is demanding a change in the sheriff's department's practices regarding stopping and chasing people on bicycles. Cerda's brother, Alvaro Cerda, pledged to get justice and the full story behind his brothers' death. "They claim there was a weapon," he said. "But the only weapon found was the sheriff vehicle that rolled over my brother." The Inglewood Police Department, with help from the Sheriff's Department's traffic services detail, is investigating the crash

Los Angeles Sheriff Kill A Cyclist Enjoy A Paid Vacation
LASD Deputies drove up onto a sidewalk to run over a cyclist with such force that they knocked down a steel fence on the other side of him.
Alfonso Cerda was not only killed by these careless cops but then they smeared him to the media claiming he had pointed a gun at them among other things.
I got my hands on the police radio chatter and provided it to the family to prove the LASD was being dishonest and a few days later a new press release was issued admitting that Cerda not only did not have a gun, but he was never suspected of having a gun in the first place. The reality is Cerda did not break any law before the violent attack. Before calling to get Cerda medical assistance the deputies pretended to be in pursuit for roughly 40 seconds when in fact they were parked on top of him.
Cerda managed to call his girlfriend from under the vehicle before he passed. Apparently he complained