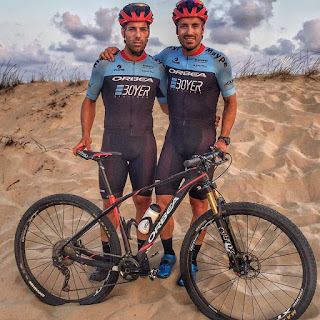 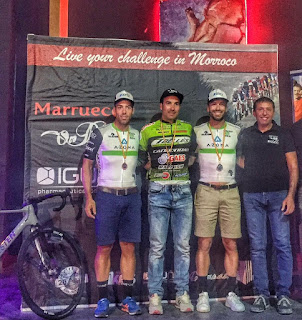 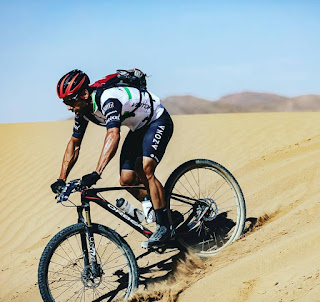 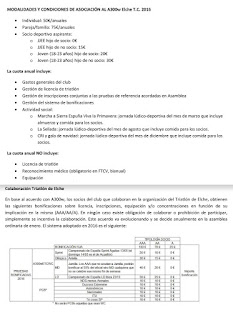 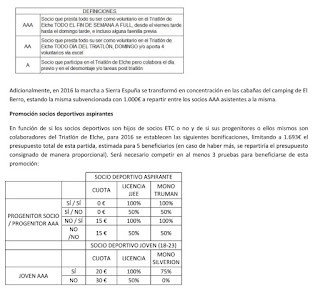 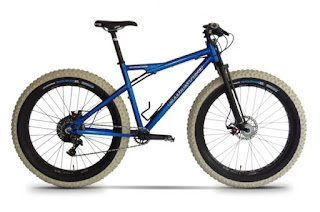 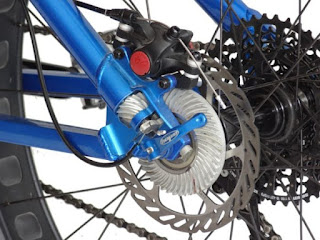 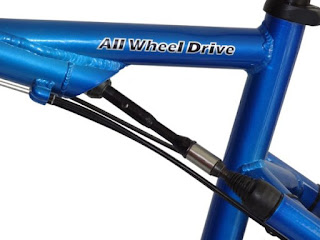 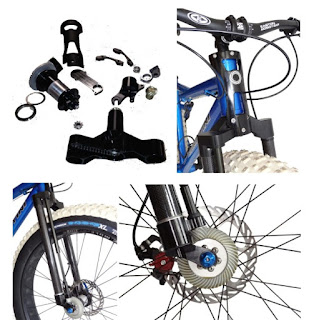 
Now a few years in the making, Kate Leeming is still preparing to become the first person to pedal across Antarctica via the South Pole. Originally scheduled for the winter of 2015/16, ‘Breaking the Cycle South Pole’ has been postponed until winter of 2017/18. When we last checked in with Kate, she had just taken delivery of the first Christini All Wheel Drive fat bike prototypes. After getting out of the bicycle business to focus on AWD dirt bikes, Steve Christini mentions it was at Kate’s request for an AWD fat bike that got them back in the bicycle building mindset. After building up the first prototype with parts left over from their mountain bike days, that first bike was split rail design with a solid drive shaft from the rear axle to the head tube. The design worked, but the frame was limited to 4″ fat bike tires.

In order to help Kate accomplish her goal of becoming the first person to pedal across Antarctica, Christini developed a new frame capable of running 5″ fat bike tires which becomes important with constantly changing snow conditions across the entire continent…

Whether 4″ or 5″ compatible, both frames operate the AWD system by transferring drive from the rear hub to the drive shaft with a bevel gear system on a custom Carver hub. At the head tube, another bevel gear drives a small drive shaft that then drives a step over chain that spins another driveshaft that then transfers power to the front hub with another bevel gear system. Interestingly, the custom fork lacks a traditional steerer tube since the gearing system occupies the needed space so there is an external brace to hold the two ends of the assembly together.


The 4″ fat bike frame was able to make due with a solid rear driveshaft since the smaller tires would clear the seat stays. To enable 5″ tires to be run though, Christini had to redesign the entire frame. The new system makes use of universal joints to angle the driveshaft in at the seatstay/seat tube junction and allow clearance for the rider’s legs while pedaling. It also made the switch from a 170 to a 190mm rear hub. Compared to her initial 4″ split frame bike, the new 5″ tire version only added about 2 lbs, with a claimed weight of 33lbs for the 18″ complete.

Along with standard drivetrain versions, Christini will also be offering both the 4″ & 5″ tire fat bike frames with the addition of 1000W mid-drive electric motors with a 48v battery.

Kate seems to be getting along well with the new bike during testing in Greenland, but demonstrates the need for AWD in soft snow conditions. Even with the new bike, this certainly won’t be an easy task to pedal across Antarctica, but if someone can do it – Kate certainly has the determination and the skills. In addition to selling the first fat bike completes through the Kickstarter, Christini will also be helping to support Kate’s expedition with proceeds from those sales. Pricing starts at $4,995 for the AWD 4″ Split fat bike, or $5,995 for the 5″, and goes up based on builds.