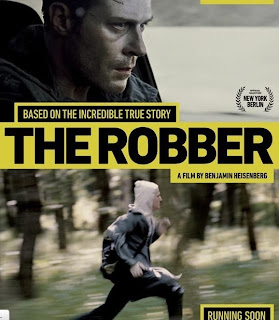 Bringing a whole new angle to the phrase you can run, but you cant hide, Benjamin Heisenbergs gripping drama is based on the true story of a champion Austrian runner who led a double life as a bank robber. Released from prison, where he spent his time obsessively training, Hans (brilliantly played by Andreas Lust, Revanche SFF 2008) pulls a few jobs and then signs up for the Vienna marathon (one of the films great pleasures are the sweeping Viennese streetscapes) where he beats the local record and becomes something of a celebrity.