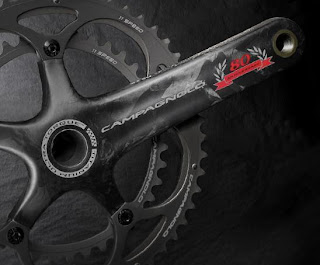 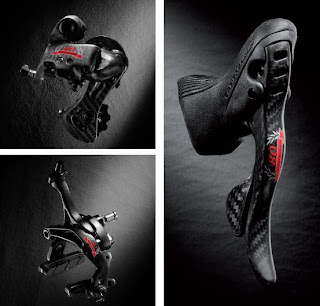 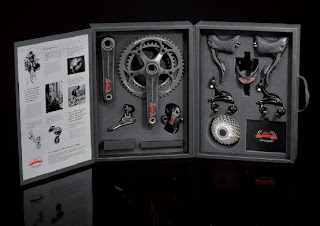 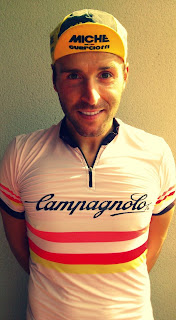 
Thirty years ago, Campagnolo released a special 50th anniversary groupset. With limited production numbers and gold plated ascents, even those of us young enough to still be regularly carded at the local brewery (such as myself) have come to revere the legendary boxed edition. There isn’t a cyclists with a pulse who doesn’t understand the appeal. The first boxed set (groupo #1) remains in the company archive, the second was given to Pope John Paul II, and any remaining low number mint condition groups can be found on ebay for the relatively low buy-it-now-price of your first born.

For everyone who couldn’t afford the original boxed set, or any enthusiast of exotic hand made Italian components, the company is releasing a new special limited edition of it’s drool worthy mechanical Super Record groupset this year.

The groupset is claimed to be their lightest ever at a scant 1,862g. Price has yet to be announced.


The left inside crank arm will be stamped with the grouppo #.