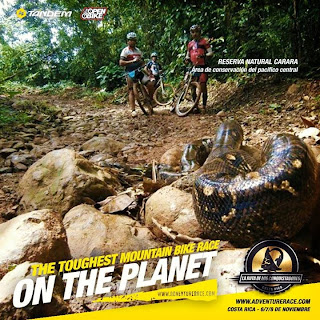 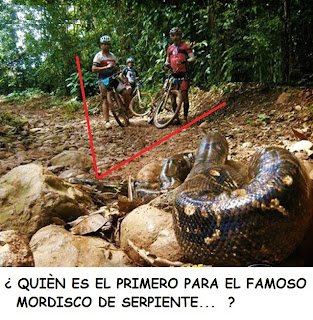 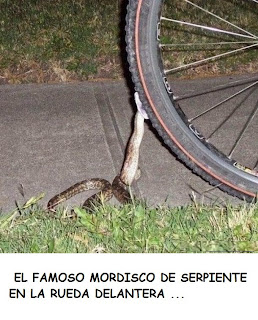 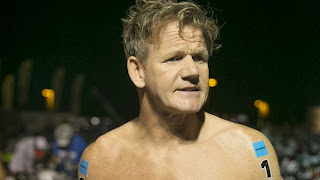 Chef Gordon Ramsay on Saturday finished the Hawaii Ironman, one of sport's most hellish endurance events, in a time of 14 hours, 4 minutes and 48 seconds.The "Hell's Kitchen" overlord is known for pounding the pavement in events such as the London Marathon and shorter triathons including the Ironman 70.3 World Championship.


Now Ramsay, 46, has turned his attention to the granddaddy of all triathlons, the storied competition formally known as the Hawaii Ironman World Championship, a grueling race that involves a 2.4-mile ocean swim, a 112-mile bike ride and a marathon -- a 26.2 mile run. If that's not enough, it all plays out on a punishing wind-swept course beneath the blistering Kailua-Kona sun.
Just getting into the race is an accomplishment. Each year, more than 80,000 athletes vie for a shot to be on the starting line, but only 1,900 men and women make it.


The daylong event began around 7 a.m. local time, with competitors required to end by midnight in order to log an "official" time and walk (or crawl) away from the finish line wearing the title of Ironman.However, as fans of the race know, many cross the start line knowing they'll never make the midnight cutoff but will just be able to walk away knowing they have conquered the course.

Ramsay was never in any danger of missing the cutoff. He finished the swim in 1:20:21 and the bike ride in 6:35:54. But he was clearly suffering during the marathon. He started out with a pace of 9 minutes, 50 seconds per mile. But by about mile 19, he was clocked at 20:02 minutes per mile.However, he picked up the pace and finished the marathon in just under six hours, giving him an overall finish time of 14:04:48, according to the race website's athlete tracker."It's DONE!" Ramsay tweeted after he crossed the finish line in the dark. He also thanked supporters and posted a snippet of video of the moment.

It's worth noting that on Ramsay's athlete tracker page, he's listed as a Los Angeles businessman -- not the judge on the pipsqueak take on "MasterChef": "MasterChef Junior." What should have been a weekend celebrating weeks and months of training, however, was also tinged with sadness for Ramsay. "MasterChef" Season 3 finalist Josh Marks, 26, was found dead late Friday in Chicago, the victim of a suspected suicide. Ramsay tweeted his condolences shortly before his race, saying: "Just heard the devastating news about Josh Marks. My thoughts are with his family & friends at this tragic time."

Ramsay has always maintained a trim figure, but training of the Hawaii event led him to shed even more weight, as evidenced by this recent photo of a shirtless Ramsay appearing quite lean.The celebuchef said he is going to celebrate his finish by getting an Ironman tattoo.
http://www.latimes.com/food/dailydish/la-dd-gordon-ramsey-hawaii-ironman-20131013-story.html

Gordon Ramsay and his 14-year old son, Jack, joined swimmers at the Tower 26 ocean swim in Santa Monica on Tuesday as part of Gordon's Ironman training. Photo: Casey Rodgers/Invision for IRONMAN/AP Images
1 of 7
The Master Chef shares his secret training recipe for Ironman.

Chef Gordon Ramsay is headed back to Kona this fall after making his Ironman debut on the Big Island in 2013. Like it or not that he received a special slot, there’s no denying the famous foodie is serious about crushing Kona.Last year, Ramsay finished in 14:04:48 after poor fueling and a torn hamstring hobbled his run. This year, he’s back for revenge—and charity—hoping to go sub-12 after learning from last year’s mistakes, while raising money for cancer research. (And if he beat fellow MasterChef host Joe Bastianich, who went 12:31:39 in 2011, that would be nice.)

We caught up with Ramsay and his 14-year old son, Jack, at the Tower 26 ocean swim in Santa Monica, a fast, weekly circuit workout that attracts triathletes from all over the world. Below, Chef—er, Ironman Ramsay talks training, fueling, and trying to do better the second time around.

Triathlete.com: How are you training differently this year?

Gordon: I’m doing a lot more brick work. Swimming—I love swimming. I’m doing a lot more strength work in the legs, lots of squats. Lots of weight on the shoulders. Pullup bars, and TRX bands—you put your legs in through there and do pressups. When I’m in Wales, there’s lots of hills out there. And more than anything, focusing on eating on the bike as well. That, for me, was where I gassed out last year in Kona.

Gordon: I sort of ate when I was hungry as opposed to regulating it every half an hour. Now I’ll go on six-hour rides from here to Oxnard and I do every 20 minutes, a bite. So bite, bite, bite, and lots of fluid. I keep it simple between the blocks and the Clif bars. They’ve got some great combinations now with the cranberries and dried fruit. I’m not a big chocolate fan, it makes me feel slightly sick, so I stay away from the chocolate. I like those Gus. They have a beautiful salted caramel one, which as a chef is a dream come true, because we have fondant au chocolat in our restaurants with salted caramel ice cream, so every time I feel a bit homesick, I’ll take in a couple of salted caramel Gus.

Triathlete.com: Has your overall diet changed as well?

Gordon: Eating-wise, I’ve cut down the dairy. Lots of unsweetened almond milk. Dairy is sort of difficult to digest and also it makes me feel sedated. I still have it in tea, and butter from time to time. But I’ve been feeling a lot sharper having cut the dairy out. I’ve been focusing on protein, and eating four times a day.

Triathlete.com: How do you fit in the training?

Gordon: I’m at 25 hours now a week. Up at 4, in the pool by 5:30 for a one-hour-and-15 minute swim Monday, Wednesday, Friday. That’s followed by a two-and-a-half hour session on the bike. And then there’ll be a 10K Tuesday, a 20K Thursday. And then Saturday’s a big one. I do a five-hour bike ride with a 20K brick. And then Sunday’s flaking out. So I train hard six days, one day off, then six days on, one day off…I had to plan this time last year for this year. So since the first of August right through the 15th of September, I’ve managed to take six weeks off so I can max out like that.

Triathlete.com: How do you train when you don’t have the time off?

Gordon: Traveling, there’s always a pool somewhere. We invested in a couple of Wattbikes last year, 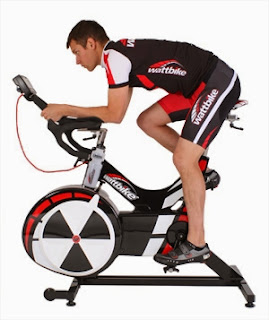 and those things have been great. Even if you’ve come off a flight, you can sit on the bike and run the legs through. When I’m really short of time and have a 60-minute or a 90-minute window, as opposed to three or four hours, I’ll hang out on the Wattbike. I’ll up the cadence, the pressure, then literally, do sessions on Wattbikes.

Triathlete.com: Do you listen to music or watch TV while you’re doing it?

Gordon: This one here [motions to son Jack] compiled my list for Kona, so he’s my music man.

Triathlete.com: So, Jack, what’s on your dad’s playlist?

Jack: Well, he asked specifically for no rap.

Gordon: Well he’s got it on there. He sneaked it on there, there’s a couple out of 75 songs.

Triathlete.com: Do you have a favorite psych-up song for him?

Triathlete.com: Oh yeah, you don’t want to lose it. Well if you don’t have a favorite rap song, what’s your favorite ride?

Gordon: We go up to Oxnard from Temescal Canyon. It’s 100K out and 100K back. There’s something quite nice about Oxnard because of all the strawberry fields and all the cabbages. I did something naughty last week when I pulled over, just went and sat in the field like a pig in sh*t, eating strawberries, then just jumped back on the bike. How cool is that?

Triathlete.com: I should end this on the pig in sh*t story, but I have to ask: Have you ever peed on the bike?

Gordon: Yes. Only number one, not number two…Am I the only one who’s admitted to peeing on the bike?