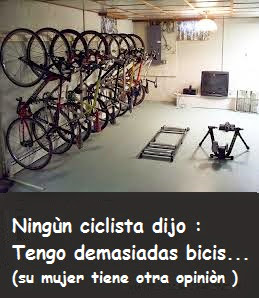 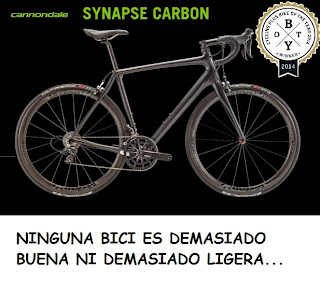 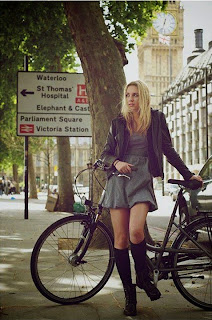 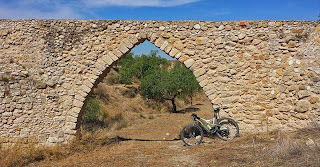 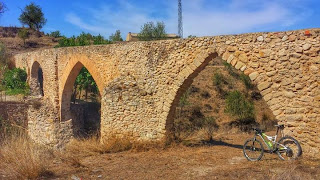 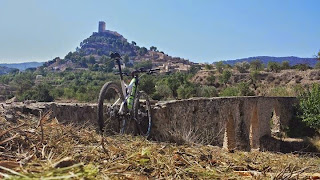 
Parkour and Freerunning 2014 - There is Always A Way 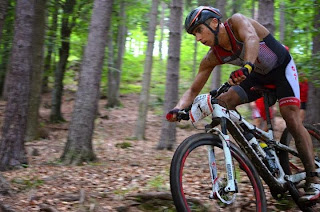 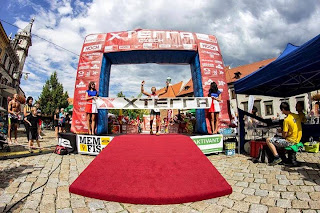 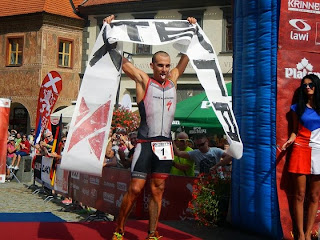 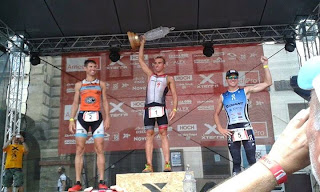 With the win, his sixth straight this year, Ruzafa also captures the 2014 XTERRA European Tour Championship. The Tour title is awarded to elites with the best cumulative score in six of 11 championship races and Ruzafa posted the perfect 600 score. And the 35-year-old from Malaga did it against the best in the sport.He stormed through the fastest XTERRA men in Europe (Asa Shaw, Francois Carloni, Yeray Luxem), he held off the hard-charging Kiwi Braden Currie of New Zealand, he won against 7x World Champ Conrad “the Caveman” Stoltz in Italy two weeks ago, and today he took it to America’s-best, Josiah “Beast Mode” Middaugh.

Ruzafa’s win streak is now at seven straight since winning XTERRA Worlds last October with 2014 championship victories at Spain, Portugal, Switzerland, France, Italy, and Czech.“Ruben took the lead early in the bike and that was that,” said XTERRA Managing Director Dave Nicholas. “Ben and Braden were together early out of the swim and when Ruben went by, Braden went with him. Alexander Haas caught and passed Josiah Middaugh and immediately crashed hard. I suspect he broke his shoulder. Josiah and Ben hung together until the second lap of the bike when Ruben just took off. Josiah came into T2 just under two minutes behind Ruzafa and could not get close on the run.”Ruzafa won by three minutes over Middaugh, with Ben Allen more than three minutes back of that in third.

Kathrin Mueller
In the women’s race Kathrin Mueller came out on top for the fourth time this season and increased her lead in the European Tour standings as well.“Kathrin simply never saw anybody. She was actually ahead of Ruben and Josiah coming out of the water. Jacqui Slack had a great swim and stayed in 2d the whole way. Helena was well back out of the swim, was good on the bike and ran well but couldn’t catch Slack,” said Nicholas.

With three races remaining in the European Tour Mueller leads Helena Erbenova 572 to 535 in the points standings. At this stage only Erbenova has a mathematical shot at overtaking Mueller to win the title.“All in all the XTERRA Czech Championship was a fabulous event,” said Nicholas as he headed to the awards ceremony. “The course was beautifully marked with lots of vollies, wonderful bands and great food.”Up next, the XTERRA Germany Championship race in Zittau on Saturday, August 16, which is doubling as the ITU Cross Tri World Championship. After that XTERRA England and XTERRA Denmark on successive weekends to wrap up the European Tour. 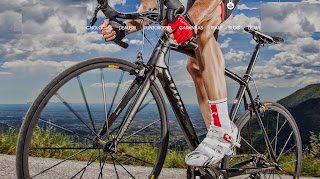 The 2015 Zero.7 is the next evolution of the groundbreaking Zero.7 platform. We have updated the model in terms of weight, design, and function.At first look, there is a clear reduction of the volume of tubing. We recalled the spirit and feel of our tremendously successful Cento1 platform, creating a "family feeling" or design unity between the two models.The classically angled top tube and a fully integrated fork both nod towards the most recent evolutions of the Cento1 series.

The virtually longer head tube, a technology also integrated from the Cento1 SR, increases torsional stiffness without sacrificing fit or the legendary Wilier Triestina ride quality.For improved aerodynamics, we have introduced an integrated fork system. This is a point most brands don't give priority to when designing a superlight frame. With the 2015 Zero.7 we have managed to reduce both aerodynamic drag and weight.The 2015 Zero.7 also features redesigned cable routing. For the first time, the Zero.7 platform will feature internal cable routing, with a brand new elegant cable holder on the down tube.We've made the 2-in-1 compatibility cleaner and more intuitive, making a platform that seamlessly integrates both mechanical and electronic groups. 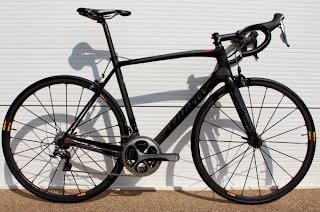 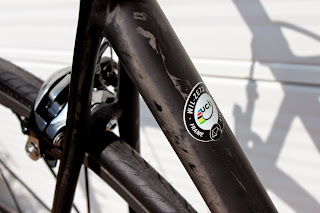 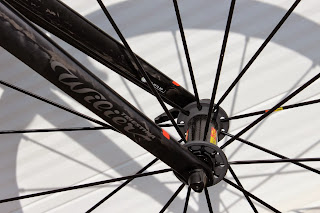 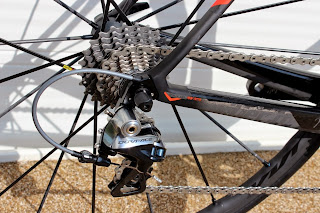 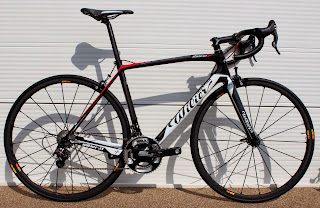 Wilier model year 2015 road bikes - first look
We take a look at each of the models in Wilier's 2015 road range, including the revamped Zero 7
4 weeks ago George Scott George Scott @georgetscott
Wilier have revamped the flagship Zero 7 for model year 2015, with the updated frame said to combine the comfort and low weight of the existing model, with features borrowed from the Cento1 SR and Cento1 Air.

We stopped by the dealer show of Wilier’s UK distributor, ATB Sales, to check out the 108-year-old Italian firm’s super-light model, and to see the rest of the 2015 range – yep, we’re talking about next year’s bikes already – including the Cento1 collection (which includes the SR, Air and Disc), the Zero 9, the GTR, the Izoard XP, the Montgrappa and, new to the range, the entry-level, steel Strada.

We’ll cover all that over the next seven pages, but first let’s take a look at the Zero 7, which gets its name as Wilier boast a claimed weight of less than 800g for a painted size medium frame.

Wilier Zero 7
Wilier’s flagship machine, the Zero 7, has been revamped for model year 2015
Weight isn’t necessarily the primary motivation for the changes made to what is already a very light frame, however, with the new Zero 7 said to weigh approximately the same as the old model, though we’re told an SL version could be in the offing for weight weenies in pursuit of an even lighter machine.

“This is an evolution of the old Zero 7,” Wilier’s man in the UK, Kevin Izzard, told RoadCyclingUK. “What Wilier wanted to do is keep all the good things about the old Zero 7, which was the handling, low weight and ride quality, but they wanted it to take advantage of some of the technical features that have come through on the Cento1.”

The model year 2015 Zero 7 is noticeably slimmer than its predecessor – with the tube profiles, which have a very subtle Kammtail profile, reduced in size by a claimed 19 per cent. That’s been done without sacrificing stiffness, according to Izzard, and the reduced footprint of the new Zero 7 is said to have improved its aerodynamic efficiency by eight per cent, thanks also to an integrated fork design and the introduction of internal cable routing. The frame, by the way, is compatible with mechanical and electronic groupsets, with a removable plate on the downtube – designed also to ‘provide the perfect cable angle’ and minimise friction – to switch between the two.

“Often with lightweight bikes like this people don’t pay much attention to aerodynamics but, where they can, Wilier have done with this.”

Wilier Zero 7
The Zero 7′s tube profiles have been slimmed down by a claimed 19 per cent
The new integrated fork profile is also designed to increase the size of the fork/headtube/downtube junction, and the result, Wilier say, is a claimed 14 per cent improvement in front-end stiffness. The revamped frame has also switched to a 27.2mm seatpost in a bid to boost comfort – a slimmer seatpost, with 27.2mm now the standard on high-end race bikes, is said to offer more flex.

The 2015 frame retains the Special Elastic Infiltrated Film technology of the original Zero 7. This sees layers of viscoelastic material inserted between the layers of carbon fibre and that’s said to improve vibration absorption and shock resistance. Wilier say the use of SEI Film allows them to maximise the Zero’s stiffness and responsiveness without sacrificing comfort.

The new Zero 7 will be available in the UK in a mechanical Shimano Dura-Ace build with Mavic Ksyrium SLR wheels for £6,599.

So what of the rest of the range? Read on for more on Wilier’s model year 2015 collection.