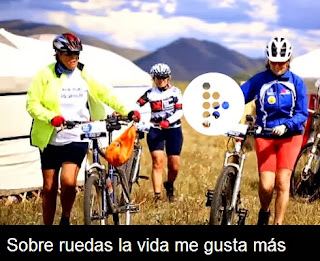 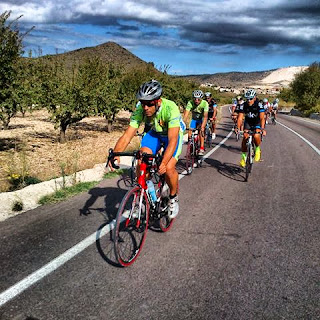 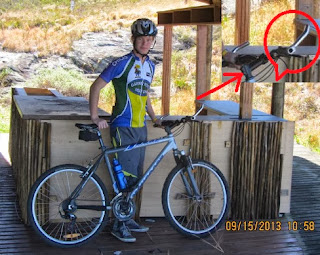 GEORGE NEWS - "I fell with my bike in the store and I bleed." So reads the last-ditch message Francois Lamprecht (15) last Wednesday morning to his sister Vicky, sent after close Witfontein with his mountain bike fell. ' a passer-by, Mr. Andrew Leonard and his son Francois was where he lay still on his cell phone in his hand and called the paramedics.

Francois, a Grade 10 learner PW Botha College's main artery in his groin is thought to be cut off during the fall, which resulted in severe bleeding thing. He died on way to hospital. His father, John had the couplings on the handlebar of the bike down. It cut him probably in the fall. Mr. Lamprecht and his wife, Colleen told the George Herald last week they all Francois after his message to his sister tried to call back, but he did not answer. "We found out later the ambulance with him on the way to the hospital and we rushed over there, but he was already dead when we got there," said his stepmother, Mrs. Lamprecht said. "He was not supposed to go riding, but last night slept over at a friend sneaked cycling. he and I have settled in the mountain driving, I think he wanted the friend show where we drive. We think the friend who was with him, of shock drove off, but we do not want him to blame himself. This was a freak accident, "he said. Lamprecht said. "We going to terribly miss, he was a dear child. He easily laughed and he had a little heart had. He loved nature, fishing and especially cycling." A memorial service is Saturday in PW Botha hall and held a private cremation later in the week. Francois leaves behind his parents, two sisters and his biological mother, Amanda Beazec behind. •
Fifteen-year-old Francois Lamprecht, a Teacher or PW Botha College, died last week Wednesday after he fell with his mountain bike near Witfontein. He lost a lot of blood after the main artery in his groin was severed in the fall. ARTICLE: LIZETTE DA 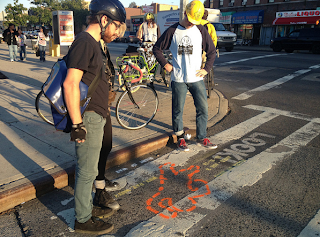 What We Can Do About Kids Killed by Cars
SARAH GOODYEAR11:15 AM ET

In the 1940s and 50s, polio epidemics in the United States paralyzed and killed thousands of children, galvanizing research and later implementation of a vaccination protocol on an unprecedented scale. More recently, it was the sight of the bodies of children killed by chemical weapons in Syria that spurred a fresh round of international pressure to intervene. The massacre of first-graders in Newtown, Connecticut, in 2012 reignited the national debate over guns.

Another example comes from the Netherlands. There, in the 1970s, the rising number of children killed in traffic crashes – in 1971, 450 children died on the streets and roads -- led to a mass protest movement pressuring the government to create protected bicycle infrastructure and reduce the dominance of cars. The movement was called "Stop de Kindermoord," or "Stop the Child Murder," taking its name from an article by journalist Vic Langenhoff, whose own child was killed in a road crash.


Photo courtesy of Right of Way.

Over the past several years, many have suggested that perhaps the United States might consider its own "Stop de Kindermoord" campaign. Here, unintended injuries are the leading cause of death for children, and motor vehicle traumas take by far the heaviest toll. Unintentional pedestrian injury is the fifth-leading cause of injury-related death for children in the U.S. between the ages of 5 and 19.

In New York City last weekend, Right of Way, a group of safety activists, took to the streets to bring home that point. Eight children under the age of eight have been killed by drivers in the five boroughs so far this year. The group rode bikes over a 50-mile route to visit the places where each one died, marking the spots by stenciling the children’s names and ages on the pavement. In five of the eight cases, the drivers were not charged with any offense.

From Staten Island to Flushing, it is unsafe to be a child on the streets of New York City,

"Right now, from Staten Island to Flushing, it is unsafe to be a child on the streets of New York City," said Keegan Stephan, one of the group's members, in a press release. "We have to start enforcing traffic laws that protect pedestrians, cyclists and children being children. We have to start by charging drivers with the appropriate crimes when they break those laws."

The past couple of weeks were especially deadly ones for the city’s kids. Last Friday, 3-year-old Yhair Figueroa died after being struck by a drunk driver in Jackson Heights, Queens. Samuel Cohen-Eckstein, 12, was killed by a delivery truck driver on October 8 on Prospect Park West in Brooklyn. Allison Liao, 3, died in Flushing, Queens, after being hit in the crosswalk on October 6. And on September 26, five-year-old Kiko Shao died after the driver of an SUV hit her in Brooklyn's Sunset Park.

News accounts conflict over the exact circumstances of each of these fatalities, and victim-blaming is rampant -- perhaps because we would all like to believe that it could never happen to our kids. But in every case, one thing is terribly clear: these families have suffered a loss from which they can never fully recover.

Were these deaths inevitable? Or could we, like the Dutch, change our culture and make our streets safe? Could we attack the motor-vehicle scourge with as much vigor as we did the epidemic of polio?

Just hours before Sammy Cohen-Eckstein was killed last week, I asked NYPD chief Ray Kelly what his department could do to prevent traffic violence on the streets of New York. The famously can-do Kelly didn’t have many ideas on the subject. He didn't talk about enforcing speed limits or traffic regulations that require drivers to yield to pedestrians in the crosswalk. Instead, he essentially said such deaths are inevitable: "We do have 8.4 million people," he said. "We do have a daytime population that’s over 10 million people. You’re going to have a lot of traffic and you’re going to have accidents."

Does such an attitude make sense? I don't think so. I think we need we move forward from fatalism, the way we did with polio, the way we have with homicide rates in New York, the way the Dutch did with Stop de Kindermoord. I think we need to be asking the question that Right of Way is stenciling next to every one of those children’s names: “Why, Ray, why?” And we shouldn't stop until we find an answer that saves lives.*

* Correction: An earlier version of this story incorrectly identified the quote stenciled next to the names of children killed in motor vehicle accidents.