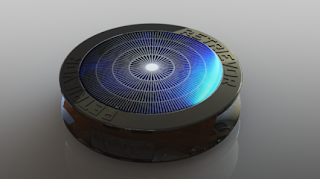 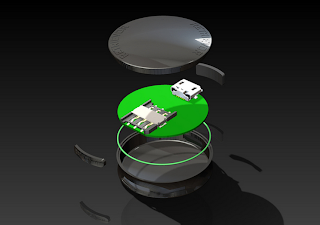 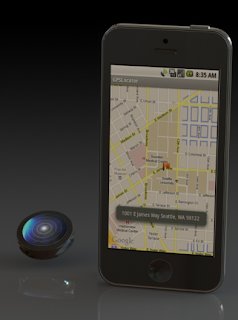 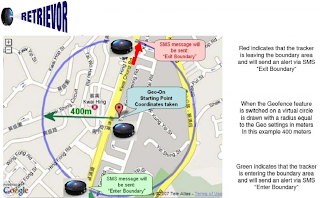 If you've ever wondered where you left the laptop or how your dog came home smelling like a frog pond, then a GPS tracking device might seem like a good idea. The trick is to find one small enough to be practical and doesn't need its batteries replaced every day. The Retrievor RET-100 is a self-contained, solar-powered GPS tracker no wider than a US quarter that is looking to find a way to market via a crowdfunding campaign.

Exploded view of the RetrievorSize comparison of Retrievor's processorDesign sketch of RetrievorRetrievor and its appView all
According to its creators, the Retrievor tracker uses the smallest, fully integrated GPS module with on‐board antenna available. Measuring only 28 mm (1.1 in) wide with a thickness of 10 mm (0.3 in), it weighs only 12 g (0.4 oz) and tracks objects using a combination of GSM, GPRS, and GPS to provide redundancy and locate objects with an accuracy of to within 1.5 m (5 ft).

Retrievor is powered by a SiRFstarIV GPS processor, which allows the unit to work in areas that are often difficult for GPS to reach, such as indoors, thanks to firmware that detects changes in temperature and satellite signals, and updates its internal parameters to aid near-continuous navigation availability.

Retrievor and its app
The unit is waterproof to a depth of 3 m (10 ft) and power for the Retrievor comes from an integrated solar panel and motion charger feeding a 3.7 V lithium-ion battery, which can also be charged via micro USB.

The Retrievor works with free Android, iPhone and web apps that allow users to set “Geo-Zones” and have the device send a text, email or ringtone once it moves out of a predesignated area. The app also maps the Retrievor's location, including speed, distance traveled, and route taken, and can track several units at one time. There’s also a multi-purpose attachment clip that hooks the tracker to things, such as pet collars.

Retrievor with attachment clip
A $169 pledge to the indiegogo campaign that is running through November 14 is the minimum to reserve a Retrievor device. Deliveries are expected to begin in January, provided the campaign reaches its goal. If the campaign is successful, the retail price will be set at $299.

Use of Retrievor will require a US$1.79 monthly subscription fee charged annually in advance, with tracking of additional units to cost $1.59 a month. However, supporters of the indiegogo campaign will have their subscription fee waived for the first year.