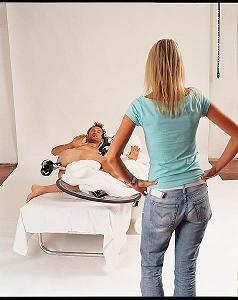 why we ride /
Bikes are more than a part of life.
They're a way of living.

There’s nothing quite like the joy that comes from riding a bike. Whether it be on pavement, through dirt, or over rocks. Hopping on a bike is one of life’s simple pleasures. Bikes are a way to get around town, to relax, to have adventures, and to stay happy and healthy. And every time we pedal our way forward, we not only get to where we’re going, but we also show the rest of the world just how powerful human power really can be.
..-.-.-.-.-.-.-
blog / entry /
Don’t fear riding a bicycle, fear sitting in that chair

Afraid to ride a bicycle?

Many people don't bike out of fear—with the most significant fear, of course, being cars. As many as 60% of people in U.S. cities would like to ride a bicycle if it weren’t for traffic-related concerns.

But you might have more to fear from not riding.

Fear the chair from which you read this.

By all means, fear a poor diet and sedentary life.

True, most of us who ride a bike in traffic every day have our bouts with fear. And for good reason. High speed roads suck to ride on and suck more to cross. Exhaust sucks to breathe. Driveways and parking lot exits are the pits. The door zone is a drag.

But these are concerns no matter what mode of transportation you’re using. We do tend to feel safest in a cushy SUV, but we’re still subject to the right hook, the too-close pass, the cut-off—and at freeway speeds, to boot.

Cars are indeed worth fearing. But this isn’t specific to bicycling. Cars are terrible for your health even when you aren’t driving or dodging them.

Bicycling, on the other hand, is astoundingly, incontrovertibly good for you. A 2009 review of the scientific literature found that the slight increase in risk from bicycle crashes is more than offset by the vast improvements in overall health and lifespan when you ride a bicycle for transportation. In fact, the health benefits of bicycling are nine times greater than the safety gains from driving instead.

The research is compelling enough to elicit amusing talking points about the environmental detriments to prolonging our lives.

You know the old saw about how you’re less likely to be in a plane crash than in a car crash on your way to the airport? Everyone’s heard it, but its impact on the fear of flying is minimal. Fear isn’t rational.

There’s a strong trend to turn a blind eye to the perils of car dependence—perhaps because our cities and lives are designed, and not entirely by us, to be dependent on cars. Our nation’s economy and our daily life depends on being able to set aside valid concerns. And a culture of misplaced fears is certainly convenient to those who would like to keep it that way.

Fortunately, just as fears can be influenced, fears can also be overcome.

And you can free yourself of fears that are specific to driving—like hitting someone with your car.

When you ride a bicycle, you make the roads safer for everyone. In a car, you become a hazard to the public’s well being.

Of course, there are many ways to get exercise besides bicycling. Running is great for you. Walking is excellent as well, but doesn't have the same demonstrated effect. Climbing mountains, weight training, yoga: all great for your health.

The real thing that’s killing us is that we continue to create places that impose barriers to actually being able to move your body. High speed streets without sidewalks or crossings. Walkable neighborhoods where there is literally nowhere to go. Gyms accessible primarily by car.

We never want to hear this, but we’re all going to die.

Why not get out there and ride your bike first?

This article was originally published on Grist.com