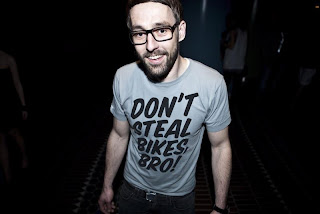 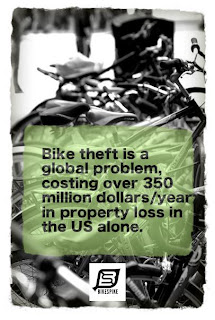 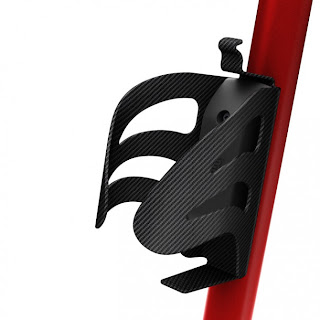 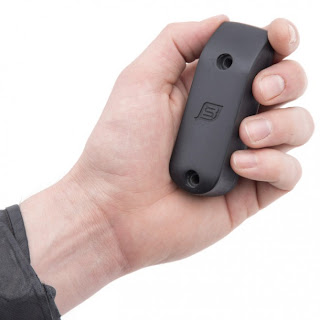 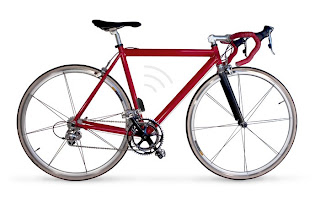 BikeSpike is a device that adds an extra layer of security to bicycles by enabling cyclists to digitally lock their units
Image Gallery (3 images)
Bicycles are a notoriously easy target for thieves, but technology is here to help in the form of a new device that promises to help cyclists safeguard their property and recover it if stolen. Currently seeking funds on KickStarter, the Chicago-based BikeSpike team has designed a GPS tracker that features a built-in antenna, an on-board accelerometer and a connection to a GSM mobile phone network that allows users to keep tabs on their bike via a smartphone or computer.

The BikeSpike isn't meant to replace a locking system, but rather add another layer of security, one that can be disguised with a custom water bottle cage. After physically locking their bike in the normal way, the cyclist can then "digitally lock" their vehicle by arming the device via a web, iOS, or Android app. If the bike moves out of a predefined boundary, the user receives an alert telling them the bike is on the move.

Users have the option of making the location data public, along with a photo of the bike to make it easy to spot. Access to this information can also be granted to local law enforcement to increase the chances of recovery. The app even has a template to make it easy to create a detailed report that can be submitted to police.

Besides security, BikeSpike can also act as a safety device. A collision detection system that makes use of the device's three-axis accelerometer can alert people in a contact list and share the location of an accident. The accelerometer sensor can also monitor road quality by looking at the vibrations detected, while parents can use the BikeSpike to monitor their kids while they are out on a ride.

The device can also be used as a fitness tracker that records not only distance and speed data, but also data on inclines climbed or declines descended while getting a workout. There's also fun to be had by developers, who can use BikeSpike’s API to create gaming and fitness apps that can be downloaded and used with the device. They can also use the data created from the BikeSpike to integrate with the existing apps.BikeSpike will ship with security fasteners and a special installation tool to make it harder for the system to be removed. Even if the thief were aware of the hidden BikeSpike device and had the special security installation tool, the designers say it would still take some time to get the job done, at the risk of damaging the frame.

Each BikeSpike will ship with an AC wall charger, with the team estimating that a once-a-month recharge will be enough for casual riders. They can also get notifications of when the battery is running low.BikeSpike is not the first system to use GPS technology to protect bicycles. SpyBike also helps cyclists track their unit's whereabouts should they get stolen. But unlike the SpyBke, which requires the user to purchase and install a SIM, the BikeSpike comes with its own mobile data plan.

A pledge of US$149 is the lowest tier that will get backers a BikeSpike device, carbon fiber water bottle cage, wall charger, security screws, installation tool, and a 12 month data plan. That's provided the campaign reaches its $150,000 goal. At the time of writing, with 20 days left to run, the campaign was sitting at just under $17,000.The BikeSpike team has produced a rather entertaining promo video, which can be seen below.

"The one thing my wife complains about the most with respect to my cycling habit is not knowing if I’m lying dead in a ditch in the middle of nowhere. The ability of this device to send a message if a collision is detected, not the purported antitheft capabilities, sold me. The Spike along with my RoadID will provide some peace of mind should the unthinkable occur." - Bob G. 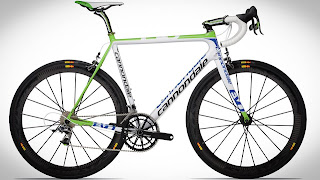 The Carbon Hero: The BikeSpike designed specially for the Cannondale SUPERSIX EVO HI-MOD TEAM bicycle. A fully integrated and machined custom enclosure to house the BikeSpike INSIDE this thoroughbred. Includes a 2 yr pro plan for a riding experience of truly futuristic proportions. A limited run of 15.

PROTECT YOUR RIDE, SPIKE YOUR BIKE!

The BikeSpike is backed by the world’s smallest GPS chipset with a built-in antenna, an on-board accelerometer, and a connection to a global cellular network.

What does it do?

Monitor your bike's location on a map using your phone or computer, (native iOS and android app included)
Grant temporary access to local law enforcement, helping increase the chances of recovery.
Digitally "lock" your bike and receive a notification if your bike moves from it's geo-fenced location or if someone even tampers with it.
Collision detection system can alert key members of your contact list and share the location of an accident.
Share your stats (distance, speed, and courses...) with friends, coaches and spectators.
Monitor your children and get notified if they ride out of their safe zone.
Our open API allows developers to create gaming and fitness apps that you can download and use with the device or use the data created from the BikeSpike to integrate with the existing apps you already love. Export a GPX file.
PLUS, with the Hacker Pack, you can connect it to a motorcycle or other on-board batteries for a continual charge.

Chicago idea: A bike that texts you when it's stolen

If someone were messing with your bike right now, you wouldn’t know it until you found the broken chain on the ground near the rack. But if a group of Chicago entrepreneurs have their way, you could get a text message and email the second someone touches your ride.
That’s one feature Three Man Rocket, a team of Chicago entrepreneurs, hopes to bring to market if their project, BikeSpike, is fully funded through a Kickstarter campaign. BikeSpike, a GPS tracker and cellular device that fits in the palm of a hand, has raised about $40,000 of the $150,000 goal to launch the product, and its developers hope it changes the way Chicago bikes.
“We’re shooting for the moon here, and we think this product is very special,” said Clay Neigher, 30, of Lincoln Park. Neigher originally came up with the idea of BikeSpike in late 2011, but with no technical background to put it in motion, he enlisted some help from Chicago’s tech community, and Three Man Rocket was born.
“Why on earth are all these bikes getting stolen when there’s technology in our pockets right now that, assembled in the right order, can at least make a dent in the recovery rates,” Neigher said.
If it gets off the ground, Neigher said, BikeSpike will be some serious help to theft victims. When a bike is tampered with, a text and email notification is sent to the user’s phone. From there, the location of the bike can be tracked on a map, with updates being provided about every 30 seconds. The app will also generate a PDF form with all the details of the theft that can be given to police.
But BikeSpike’s feature’s go beyond an anti-theft device. With a built in accelerometer, the device collects a host of data like speed, road conditions and location. What does that mean? Josh Billions, 27, of the West Loop and a developer on the project, said it could come to the aid of bikers in trouble. For example, if BikeSpike detects a sudden deceleration or impact, it can send location and accident data to a users contact list to let them know they might be in trouble.
“This is far more than just a recovery device, this has way more potential,” he said. “It can improve the city that you live in.”
Billions also said BikeSpike will allow users to anonymously share the data they generate when they ride. A user who typically rides home from the Loop to Lincoln Park every day might always take the same route. BikeSpike can analyze other users' data, and potentially suggest shorter, faster and even smoother routes home.
The company is in talks with the City of Chicago about how the anonymous data could be useful. Eventually, the team hopes all the biking related information could be shared with the city to influence bike rack locations, bike lane placement and even where roads need work.
“Chicago has really been wonderful to us,” Neigher said. “We want to partner with the city as quickly as possible to make it an even more cycle friendly city.”
Full details on BikeSpike’s specs and subscription rates can be found on their Kickstarter page. The project currently has 12 more days to reach their goal, and the team hopes to launch in October.