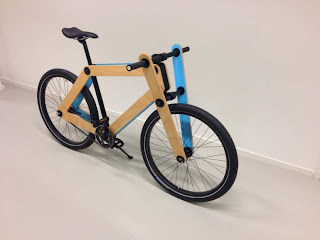 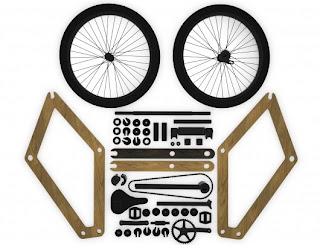 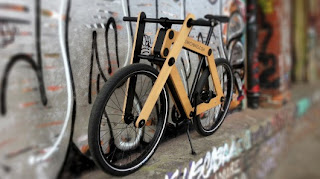 The wood-framed Sandwichbike is purchased flat-packed in a box, and is assembled by the buyer
Image Gallery (8 images)
Deportes de aventura - www.turiaventura.es
Fin de semana multiaventura - 55€ Casa rural + actividades
Ropa De Ciclismo. - Privalia.com/Ropa_Ciclismo
Mallas, Camisetas y Zapatillas de Ciclismo. Outlet de primeras marcas
Wood Windows CE - www.arbor.com.tr
Fair Prices, Excellent References, Giant Producer Seeking New Dealers
Gift Boxes - www.business.com
Solutions for Your Small Business. Business Begins Here.
Ads by Google
Not long ago, we heard about how Dutch artist Jurgen Kuipers built a version of his Sawyer wooden-framed bicycle that could be sold flat-packed, like IKEA furniture. While that particular bike was intended as a one-off art piece, it turns out that we may soon be able to own a flat-packed wooden Dutch bike after all – the Sandwichbike, created by Amsterdam-based industrial design studio Bleijh, is now available for pre-order.


The Sandwichbike was first conceived in 2006 by a team at Bleijh as a concept. Due to the enthusiastic feedback they received, the designers set about making it commercially available. In 2011, with the help of some business partners, they founded the spin-off company The Pedalfactory to produce the bike.

Now, they’re at the point of lining up prospective buyers.

The single-speed bike gets its name from the fact that its frame is made from two weather-coated layered plywood plates, that most of the custom-made components are sandwiched between. A series of aluminum “smart cylinders” connect the two plates to one another, while also serving as mounting points for things like the seat tube, headset and bottom bracket.


Buyers will receive everything (including the necessary assembly tools) by mail in a flat cardboard box, and put it all together themselves – there are less than 50 parts in the entire kit. The designers inform us that in the final production version, a complete bike should weigh around 13 kilograms (28.7 lbs).

Sandwichbikes can be pre-ordered now via the first link below, with prices starting at €799 (US$1,043). Deliveries are expected to begin in October.

The assembly process is illustrated in the following video.

Update: We originally credited Ite Kingma with the design of the Sandwichbike. Ite informed us he is an engineer at Bleijh who knows a lot about the bike but isn't responsible for the initial idea. The story was updated on April 19, 2013 to reflect this. 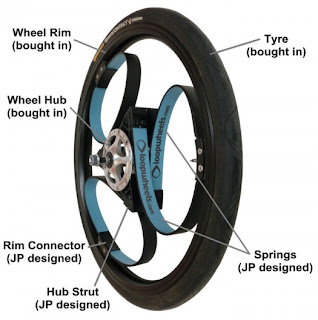 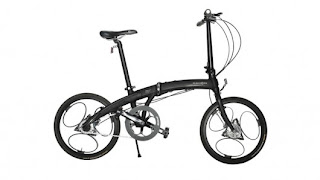 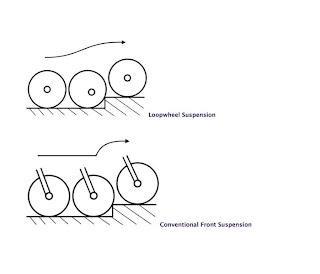 Loopwheels put a spring in your cycling

Instead of spokes, the Loopwheel uses three looped carbon composite springs that run from the hub to the rim
Image Gallery (6 images)
DX.com - DX.com/Latest-Gadgets
2012 Latest Items at DealeXtreme™ Free Shipping, Order Now!
Ads by Google
When you have plenty of bicycle to work with, such as is the case with a mountain bike, it’s not such a big deal to design it with front and rear suspension. When the bicycle in question is a diminutive folding city bike, however, it gets a bit trickier. That’s why UK industrial designer Sam Pearce has created Loopwheels. Instead of relying on a suspension fork and rear shock, it lets the bike’s 20-inch wheels absorb the bumps.

View all
Each wheel incorporates a regular hub, with a hub brake and hub gearing. Instead of spokes, however, three looped carbon composite springs run from the hub to the rim. Whenever the wheel hits a bump in the road, the energy is absorbed by those springs.

This causes the hub to momentarily dip down within the wheel by up to 45 millimeters, so it’s actually a bit off-center until the springs flex back into their regular state. For this reason, the wheels will only work on bikes that already have sufficient space between the fork/frame and the tire – otherwise the bike would be hitting its own tires when the springs compressed.

Loopwheels come in front- and rear-specific versions, one of the key differences being that the springs in the front wheel are twice as compliant as those in the back. This is (presumably) to help keep the wheel that does the steering from being knocked and bounced around, plus it compensates for the fact that more of the rider’s weight tends to be centered over the rear wheel.

Each wheel reportedly weighs about 300 grams (10.5 oz) more than a comparable spoked wheel.


According to Pearce, one of the advantages of Loopwheels is the fact that unlike a suspension fork, they can absorb shocks delivered not just from underneath or above but also from the front (as might happen when running into a curb head-on). He also admits that many other inventors have come up with designs for wheels with tangential suspension over the past hundred years or so, although he believes that today’s modern materials will allow his to work where others have proved impractical.

Pearce is now raising production funds for his Loopwheels, on Kickstarter. A pledge of £195 (US$297) will get you a front wheel (which can be used with a conventional rear wheel), while £420 ($640) will get you a front and rear set – when and if the funding goal is met. A 26-inch model for mountain bikes is also in the works.