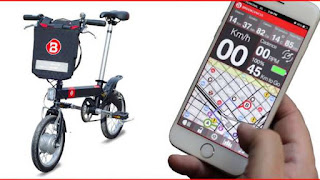 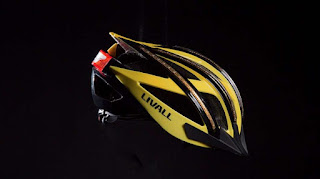 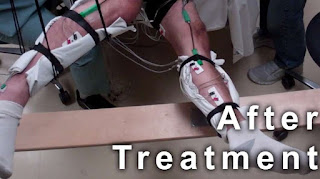 Bionicon's e-ram mountain bike motor is light and low-profile
By Ben Coxworth - July 29, 2015 4 Pictures
The e-ram motor is integrated into Bionicon's crankset
The e-ram motor is integrated into Bionicon's crankset (Credit: Bionicon)
Image Gallery (4 images)
While hub motors may be quite common on commuter e-bikes, they’re not so popular on full-suspension electric mountain bikes. That’s because they add unsprung weight, which nobody wants. Various companies have responded by developing motors that are located in the middle of the bike, near the bottom bracket. These solve part of the problem, although they have to actually be built into the frame. That’s why Germany’s Bionicon has created the e-ram – it’s reportedly the world’s lightest mid-mount motor, and it could potentially be installed on existing mountain bikes.

Bionicon's e-ram-equipped Edison Evo, and its battery An exploded diagram of the e-ram The 48-volt 5.8-Ah Samsung battery pack is carried by the rider in a backpack, and is hard-wired to the e-ram via a magnetic socket mounted on the bike’s top tube
The e-ram is incorporated into a crankset, which is standard equipment on the company’s new Edison Evo mountain bike. Depending on the size of their bottom bracket, that crankset might also work on other bikes. The folks at Bionicon hope that once the e-ram is in production, other manufacturers will make a point of making sure that their bikes are compatible with it.

The 250-watt, 48-volt brushless DC motor has a maximum torque of 60 Nm, and tips the scales at 1.45 kg (3.2 lb). It should be noted that its 48-volt 5.8-Ah Samsung battery pack is carried by the rider in a backpack, and is hard-wired to the motor via a magnetic socket mounted on the bike’s top tube (which releases easily in the event of a wipe-out).


That battery weighs 2.4 kg (5.3 lb), and looks like it would probably make the wearing of a hydration pack rather challenging. On the plus side, however, it has an outlet that can be used to boost a smartphone’s battery in a pinch. There’s currently no word on range.

While it’s in place and plugged in, the e-ram augments the rider’s own pedalling power to help them climb hills, keep up with stronger riders, or just go farther with less effort. The Edison Evo can still be pedalled normally when the e-ram is turned off, however, so riders won’t be stuck with a non-functioning bike if the battery runs out on them. In fact, for rides where they know that the motor won’t be needed, it can be removed from the crankset.

Using a custom app, riders can monitor battery status and other parameters, although the system still works without it.

Bionicon is currently raising production funds for the e-ram and Edison Evo, on Kickstarter. If you want to take a chance on the e-ram fitting your existing bike (a 73-mm BSA bottom bracket is required), you can get one along with a battery for a pledge of €1,750 (about US$1,923). To get a complete e-ram-equipped Edison Evo, you’ll need to fork out €4,850 ($5,328). The bike is equipped mainly with SRAM and Magura components, has 27.5-inch wheels, and tips the scales at around 14 kg (31 lb) – motor not included.

Delivery is scheduled for next February, assuming all goes according to plans.