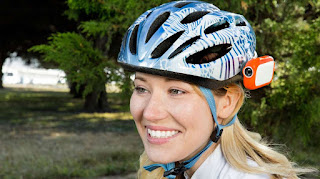 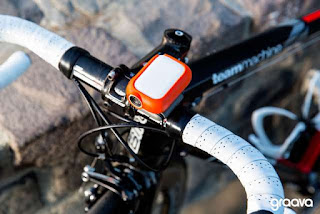 — DIGITAL CAMERAS
Graava actioncam promises videos that are all killer, no filler
By Ben Coxworth - August 5, 2015
The Graava actioncam uses multiple sensors to know when the action is happening (Credit: Graava)

One of the things that's tricky about using an actioncam is the fact that while you don't want to miss anything, you also don't want to search through a ton of raw footage in editing. That's why the Graava was created. It's a sensor-laden camera that reportedly notices when interesting things are happening, and then automatically edits together a video of those events.

Using these sensors, it's able to notice things such as moving objects, changes in scenery, speed, heading and orientation, plus it picks up on loud noises and increases in heart rate. Via an accompanying app, you can instruct it to detect all of these factors, or to concentrate on specific ones. In any case, when it does notice that something has happened, it digitally tags that section of recorded video.

Once the recording is complete, you use the app to indicate the length of finished video that you wish the camera to put together. It then goes through the footage, selecting the bits that it's tagged and including enough of them to match the desired video length. You can also get it to cut the video to the beat of a musical soundtrack that you supply, or you can combine footage from multiple Graavas.


The finished video can be automatically saved to the cloud or a computer, and shared to social media. If there are any scenes you wanted that weren't included, it's still possible to manually edit those in.

According to its creators, the Graava should be able to shoot for up to three hours on one charge of its lithium-ion battery. Recharging is managed via an included wireless charging stand. Footage is recorded on an onboard Micro SD card.

If you're not the actioncam type, it can also be used as a dashcam, a baby monitor, or an accident-alert/documentation device for cyclists.

The Graava is available now for preorder, priced at US$249 – the planned retail price is $399. Shipping is expected to begin early next year, if all goes according to plans.

More information is available in the video below. 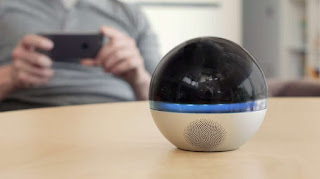 AROUND THE HOME
Branto lets you keep a 360-degree eye on your home
By Stu Robarts - August 5, 2015
Branto describes the Orb as a "wireless smart home system" and a "personal smart assistant"
Devices like the Netatmo Welcome and Blacksumac Piper can provide a real-time video stream of your home, but they can only look in one direction. The newly-launched Branto Orb, however, can view a room in 360-degrees. It has a host of communications, security and home automation features.

The Branto Orb can also be used for video conferencing The camera in the Branto Orb can be controlled remotely via an accompanying Android and iOS app The Branto Orb has a Full HD motorized video camera that rotates 360 degrees and can also look up and down
The Branto Orb is one of a burgeoning number of devices that let you keep an eye on, communicate with and control your home. Although typically useful in a variety of ways, the multifunctionality of these devices can make them difficult to summarize concisely.

Branto has described its Orb variously as a "wireless smart home system" and a "personal smart assistant." The firm says it offers a cutting-edge level of communications with full remote presence and is designed to be "compact, portable and stylish."

The feature that makes the Orb stand-out from its competitors is its Full HD motorized video camera that rotates 360 degrees and can also look up and down. This allows users to see everything in the room and, coupled with built-in two-way communication, makes it well suited for catching up with family at home when you're away.


The video can be streamed to a user's mobile device via an accompanying app for Android or iOS. The app also allows the user to control the direction of the camera remotely, so that they can choose who to look at when talking to their family or when using the device for videoconferencing. The Orb can connect to a TV via Miracast and AirPlay to specifically facilitate such video calls.

The Orb's feature set also lends it to being a home security solution. Its video camera has night-vision functionality and the device also features motion and sound detectors. Users can be immediately notified via the mobile app if the device detects suspicious movement or noise and video footage can be provided so that users can see for themselves what's going on.

Users can control compatible appliance in their homes remotely using the Branto Orb, too. Its Infrared Control functionality makes it possible to control devices like TVs and air conditioners when away from home (or by way of a replacement for standard remotes), while Smart Appliances Control allows users to control devices like lights, sockets and thermostats.


It's possible to use the Orb to capture videos, such as during birthday parties, and users can create a network up to four Orbs, allowing them to monitor different parts of their home. Users can also stream music, radio, and audiobooks through its built-in speaker or via external speakers to which it is connected.

The Orb is charged via a wall socket and has a 3,000 mАh battery that can last from 3-12 hours depending on the type and amount of usage. There's 16 GB of internal storage that can be expanded up to 64 GB and content can also be saved to the cloud. The Orb supports ZigBee 2.0, Wi-Fi and Bluetooth connectivity.

An Indiegogo crowdfunding campaign is ongoing for the Branto Orb. At the time of writing, pledges for one unit are available at US$279. Assuming all goes to plan with the campaign and roll-out, shipping is expected from December this year.

The video below is the Indiegogo pitch for the Branto Orb.