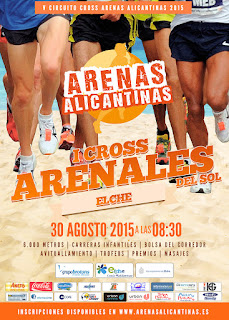 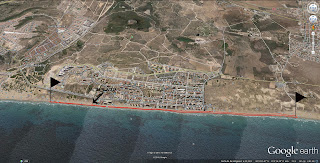 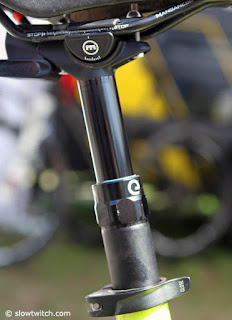 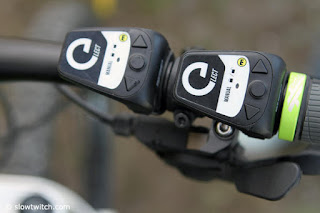 Right now the one elect module controls the front and rear suspension and the other the post, but that will soon be combined. 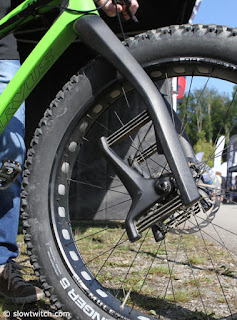 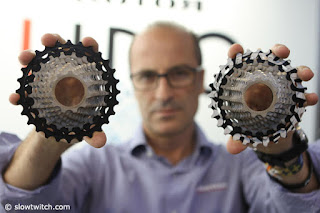 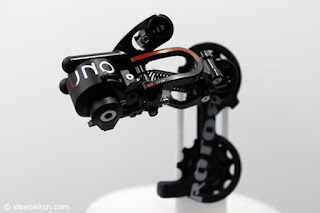 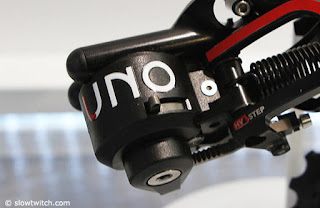 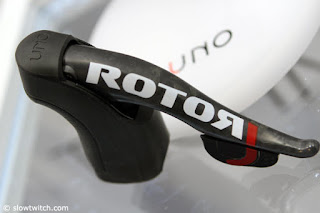 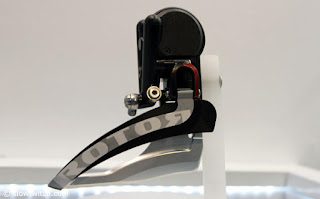 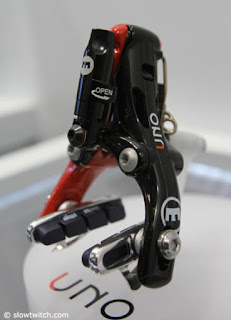 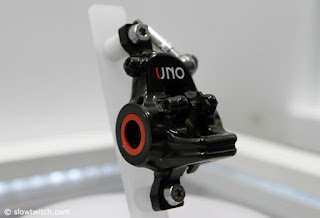 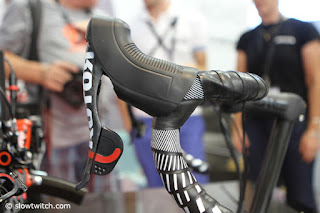 ROTOR is best known for their distinctive Q-rings and machined aluminum cranks but now they added a hydraulic component group to their offerings and it looks sharp. The group is called UNO and should be available by the Spring of 2016.

According to ROTOR they have been working on this for 5 years now, but initially it was meant to be a cable actuated group, but when hydraulic disc brakes started to enter the road market it was full throttle push towards a hydraulic solution. At the 2015 Eurobike show in Friedrichshafen, Germany Rotor is showing very late stage prototypes and folks will have the opportunity to touch and feel the action of the derailleurs and brakes - the latter of which come from the German Magura brand who is well known for their hydraulic expertise in bicycles and motorcycles.

"Our initial idea was to improve upon existing shifting systems; we knew that our system was a small step forward with its increased precision compared with other cable-actuated systems but we still suffered the same disadvantages of those systems, like friction, devolving inconsistent force over time, and other inconveniences," said Pablo Carrasco, co-founder and chief innovation officer for ROTOR. "We knew that disc brakes for road were about to become a reality and we challenged ourselves to further the concept and apply hydraulics to actuate shifting as well."

The hydraulic fluid is pushed through a 3mm hydraulic line to the derailleurs and actuates them, and the size of that line is such that it fits through ports on bike frames meant for Shimano Di2 wires.

Pablo Carrasco holds two Uno cassettes in his hands, and he is very proud of the work the small Spanish company has put into this development.